Reader comments: litter registrations and show attendance down, breeders under political assault while legislation against cropped and docked breeds is increasing. 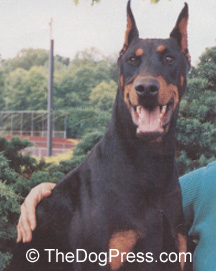 The AKC is pursuing the big money by pandering to the mixed breeds and compounding the problem, the American Veterinary Medical Association (AVMA) is infected with the disease of political correctness passed around by animal rights radicals.

As a result the breeds that are cropped and/or docked according to their respective ii  Breed Standards have seen their populations dramatically decrease as the procedures have been outlawed in some countries. The decline in popularity is because a key component of their traditional look has been taken away; they are rendered not readily recognizable as that breed anymore. Veterinary schools have stopped teaching cropping and docking procedures as the animal rights activists have invaded their staffs. Also impacting the traditional crop/dock breeds, veterinarians who perform the procedures are an aging lot who may not be around much longer.

Thankfully, individuals and small groups are banding together to bring back the glory of exhibiting their dogs in a welcoming environment. The purebred dog fancy has not given up on protecting those breeds that came to popularity in part because of their elegant yet functional appearance. One such resurgence comes from our spunky Canadian fanciers who lead the way for American dog lovers.

Every owner or breeder of a cropped or docked breed must step forward to defend their dog's heritage. This is not a message of "everything is under control" because it is not. 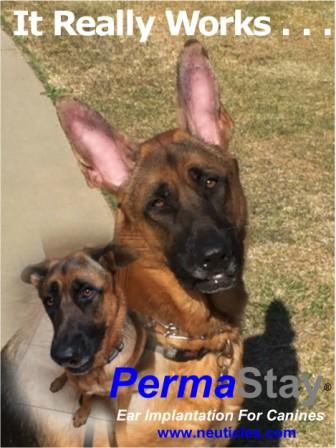 The radicals are the nattering nabobs of negativism, rattling the sword of defiance against those trying to preserve purebred dogs. The American Kennel Club can't be counted on to maintain their base constituency as they have moved onto bigger money streams pandering to mutts and rare breeds. Nor will it be the adversarial veterinary organizations that seek to preserve purebred type and cropped/docked breeds; it will be the average dog lover who votes with their dollars to significantly reduce, if not eliminate the amortization of the purebred dog for financial gain. It will be true dog lovers such as the small group in Canada who has put out a YouTube video that is pro-cropping/docking.

Another excellent video addresses cropping and docking in a viewer friendly style. Sheep exhibiters take pride in both the breed type and HEALTH of their animals. Note the docked tails on the sheep the dogs are herding. Imagine the consequences of feces trapped in the hair around the anus!) This production video is also a Canadian product.

Why then are the American dog breeders sitting on their hands? Too many believe that the breed clubs will do something to save their breeds but those clubs, instead of defending the breed standard, are locked up by a complete failure to act (much like our political system). Senior Parent Club members tell members that to uphold the tradition of cropping ears and/or docking tails will only bring about the breed's demise. The breed club strategy being pushed is "Do nothing, perhaps it will all go away".

Do you feel that a "head in the sand" is a proper strategy to employ? Neither do I! And neither do the ear cropping veterinarians we interviewed who are wondering when the breed clubs will do something? If indeed we cannot rely on our national breed clubs to preserve purebred dogs, then like our northern neighbors, we must come out of the shadows and individually take on the dog world machine that is rolling all over us.

Yes my fellow dog enthusiasts, the support for tradition and adhering to breed standards written a century or more ago is on the upswing. It is time to ask yourself a question; "What can you do to preserve these living works of art?"

You cannot stand by and watch the breed you love slowly fade away because a non-dog owning minority has condemned a simple surgical procedure that in many hunting, herding, and protection breeds. If you belong to a breed club or a parent club, ask them what they will do to preserve cropped - docked purebred dogs?

3 short Cropping/Docking videos explain why the simple procedure is necessary to the preservation of breed type and/or function in many Working and Sporting breeds. Tail docking (done before pain receptors are fully developed) and ear cropping (done under general anesthesia) are neither painful nor cruel.

Examples of why docking a dog's tail is healthier than injury resulting in licking or wearing a cone!

COMMENTS HAVE CLOSED, thanks to our readers, please see selected comments below.