Class Action Lawsuit charges dogs eat dogs and other euthanized pets, including the drugs that killed them and the flea collars they wore... 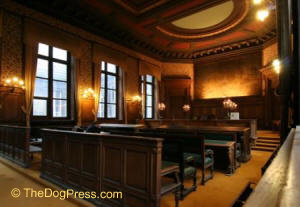 The suit alleges premium-grade pet food labeled and promoted as "Complete and Balanced" has “Historically Contained Such Items as Euthanized Dogs and Cats, Restaurant Grease, Hair, Hooves, and Diseased Animals, and Other Inedible Garbage.”  The action specifies a long list of food industry giants by name.

Their Plaintiffs say the food actually contains "inedible slaughterhouse waste products of the human food chain such as spines, heads, tails, hooves, hair, and blood.”  The suit states in part “rendering companies … also added other inedible ‘waste’ such as "euthanized cats and dogs from veterinarian offices and animal shelters …” Those "deads" (as they are callously called) contain the drug that killed them, usually pentobarbitol.

This is news?  Not.  Major news sites have presented the sickening pet food facts for 5 years. In 2001 TheDogPlace.org warned "Corpses containing deadly drugs is more than sickening.  The gruesome fact is that euthanized animals can be deadly to pets that eat the food."

TheDogPress.com asks "What's in your dog's food?"  Do you scrutinize pet food labels or just assume that "meat meal" means real meat?  Our writers broke the story on dog food ingredients, i.e. “It isn’t just the remains of someone’s pet… he could be ingesting pentobarbital, the lethal drug used to euthanize pets."

Quoting from reporter Jamie Allmar, KMOV TV, “It's a sad secret kept by most animal shelters run by local governments.  The dogs and cats they put to death go to one place, a rendering plant in Millstadt, Illinois where their bodies are boiled down into raw materials that could be winding up in pet food.”

TheDogPlace.org's Dog Eat Dog* article below explains “The FDA claimed that drugs like sodium pentobarbital, which is used to kill the animals, did not survive the rendering process." But secret test results in 2002 revealed that "several retail feeds were confirmed for the presence of pentobarbital which could have only come from euthanized animals.”

Class Counsel for Maltzman Foreman, Catherine J. MacIvor says "The melamine debacle is not the only serious problem with pet food. The number and frequency of lethal pet food recalls in the last few years clearly shows the seriousness and extent of this problem."

Indeed it does.  But aflatoxin (Instant Information on ii Aflatoxin Symptoms) and waste from the slaughterhouse floor is almost understandable compared to the esthetic and medically abhorrent practice of feeding euthanized pets to other pets. 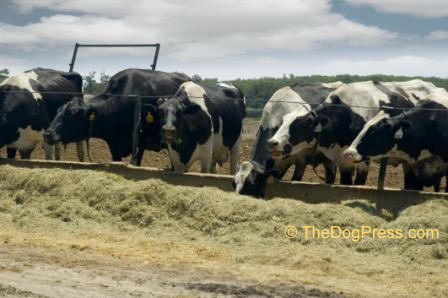 Cattle and dairy farmers learned the hard way. Indeed, there exists serious concern that the practice of feeding cows to cows may have led to the spread of Mad Cow Disease. {Ref #1}

The Class Action suit points out that today’s pet foods are “largely carbohydrates and sugars combined with toxic preservatives and additives with very little to no meat at all.”

Dedicated breeders know how to read dog food labels.  In fact, most have been so turned off by that knowledge that they feed human-grade foodstuffs.

Cats require even more meat than dogs.  Cats simply do not thrive on today’s plethora of “junk food” and in fact, wild cats taken into captivity or zoos will die if fed “cat food.”

Dog owners, let that be food for thought. We have domesticated dogs even better than ourselves, therefore they tolerate dietary deprivation - but at what cost?