Do you use vegetable oil or feed commercial pet foods?  This GMO information will change your grocery list and force federal labeling protection against hidden soy. 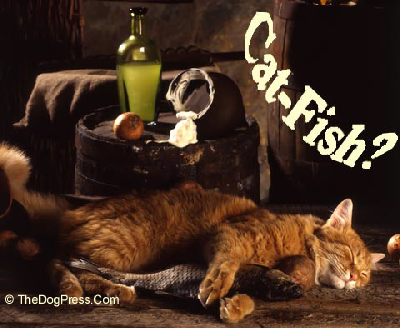 Consumers want honesty in both human and pet food labeling and we want it now. Genetically Modified Organisms (GMO) are now in pet foods!  It can come from seeds that have been genetically engineered by scientists for food producers such as Monsanto, DuPont, and other companies.

Among genetically modified foods are soy, wheat, corn, canola and flax. One or more of these five items are usually on the ingredients list of foods that you feed your family or your pets. Canola and flax seed oil are frequently used to fry snack foods; you may use them in your kitchen...

The providers of these GMO foods are saying NO to GMO LABELING, making excuses that labeling will scare consumers. One “expert” went as far as to say that GMO labeling would harm the environment because consumers would stop buying the GMO foods.

As a consumer who is genetically inclined to say what I think, my message to Monsanto and all the other growers and food producers who insist on NO GMO LABELING, is a simple one; “be responsible in labeling or we will not buy your product!"

Let’s look at one of the most pervasive genetically modified foods to understand why the food industry does not want a MANDATORY GMO LABELING LAW.

Even though the CDC identified soybeans as one of 8 known allergens, in 2011 global soybean production exceeded 251 million metric tons.  The United States was responsible for 33% of that production. 85% of this global GMO soybean crop has been reported as processed into soybean meal {1} and vegetable oil, and the defatted soy meal is used as livestock feed and pet food. These staggering numbers alone certainly explain why the industry is in an uproar against mandatory GMO LABELS.

Prepared foods and pet foods containing soy translate into an avalanche of GMO labels. Industry will surely notice a change in profits if only 10 to 20% of consumers limit purchases of GMO Labeled products. Consumers can make it happen.

There will be greater demand for organic foods, which are not grown from GMO seeds and have the added value of being free from pesticides and herbicides.

In addition, loading the entire food supply with any ingredient that has been identified by the CDC as a known allergen shows a lack of concern for the population in general. And it may turn out to be a really bad business decision.

In March 2012, fifty-five Congressmen called for the FDA to require labeling of GMO foods, citing 2 decades of policy based on outdated scientific information. They stated that American consumers deserve the same fundamental freedoms as the nearly 50 countries that have already enacted mandatory GMO LABELING LAWS. 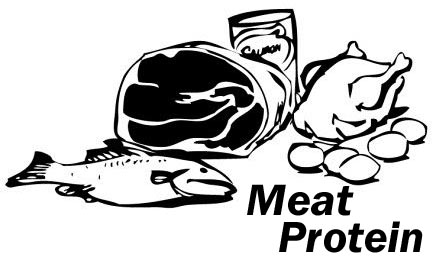 Soybean ingredients show up on the labels of breads, cookies, cakes, candies, mayonnaises, salad dressings, chili sauces, spaghetti sauces, dog foods, cat foods, and other prepared foods. All vegetable cooking oil is soy. Soy can even be found in cosmetics, skin lotions, shampoos, and soaps. Despite all the product labels that actually list soy, there are still many consumers who do not know that SPI is soy protein isolate or that TSP is textured soy protein.

Due to all the soy that saturates our human and pet food supply, mandatory labeling will mean that almost everything in the grocery store or pet food store will have labels that state GMO. Companies and opponents of mandatory GMO labels already fear that it will hurt business, and guess what? IT WILL!! Once all consumers become aware of Frankenfoods {2}, there will be a food fight like there has never been before, and it will be global.

The European Union introduced GMO labeling in 1997 and it apparently caught on because even Russia is reported to have a mandatory requirement. Opponents say that mandatory labeling will not provide choice. Oh Really?! Here is some news that may shock GMO labeling opponents, and it is also directed at the news media that is not bringing us news about this important labeling battle:

Consumers are not ignorant, uneducated, or dim witted. We do not get confused by new words or new terms. We do not need media to “simplify” it for us. We Google it! Secondly, The FDA has a truth in labeling law! Deception is not only unacceptable to the consumer, it breaks the law!

We should not be at the mercy of whatever the food manufacturer decides to add to foods {3} or whatever they decide not to include on the labels. Mandatory labeling laws, honestly in labeling, and listening to consumers will sell more products that a lot of expensive advertising or colorful packaging.

Consumers are smart and we are a force for change. Unless a manufacturer can exist without consumers, they would be wise to make products that we want to consume and honestly label them so that we can make a decision to buy them. A wise consumer must be the LEAD DOG on the GMO labeling food chain!
1606171dis188 http://www.thedogpress.com/DogFood/GMO-Foods-Deception-1210.asp