Probiotics are touted as disease cures, yet FDA allows the live laboratory-created bacteria in both human and pet food? What's your risk? 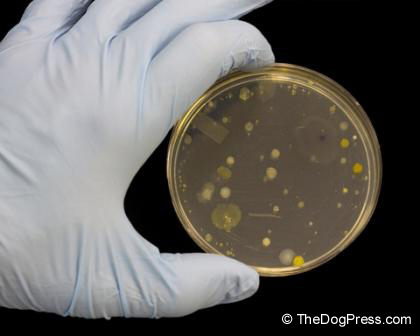 It is time for the FDA to clarify this issue for consumers; are these bacteria useful drugs parading as food additives, or are they just bad food additives with absurd drug claims?  Natural pet food makers consider probiotics a vital part of their industry, often referring to them as microbials.

If producers of the live bacteria and the prebiotics that feed them want both to remain in the food chain why are they are working with the health care industry to promote probiotics as cures for diseases?

Essentially probiotics are biological (living bacterium) products that feed on prebiotics, which are laboratory extracted indigestible plant fibers from food processing. Both probiotics and prebiotics were created in laboratories and then given fancy new names.

If Probiotics bacteria such as lactobacillus acidophilus, lactobacillus caesi, bifid bacterium, (not to mention yeast, fungi, and mold!) are specific digestive health aids, then according to FDA rules, they must be tested.  These additives are known to cause gas, vomiting, and runny stools in pets and are reported to cause similar symptoms in humans.  Prebiotics can also cause symptoms as they feed the probiotic bacteria, allowing it to multiply.

After decades of trying to kill bacteria by cooking food, washing our hands and trying not to spread bacteria around, why would we consider feeding any kind of bacteria to our pets?  And how safe is eating the prebiotics that feed the live probiotics?

Prebiotics and probiotics are unregulated by the FDA, even though they produce side effects which may be difficult to trace back to the offending ingredient as part of the dog or cat food.  These laboratory-created ingredients are being added to many so-called natural cat and dog foods made by pet food divisions of large corporations.

Consumers have been left in the dark about probiotics, prebiotics, and many other additives that should not be in pet food or human food, making it convenient for the industry to develop marketing strategies that claim health benefits with science to back them up.  But in Europe, such claims are being scrutinized and the European Food Safety Authority (EFSA) is rejecting most of the proposed food supplement claims and demanding the same kind of clinical evidence which prescription medicines would require.

The newly formed International Probiotics Association (IPA) is determined to keep their profitable laboratory creations classified as GRAS (generally regarded as safe by the FDA), yet they continue to make claims that probiotics can be used to treat diseases and reduce allergic reactions.

While probiotics may show promise as an alternative therapy in some cases, there have been fatalities associated with their use.  In 2008, almost 300 patients with acute pancreatitis were part of a study at 15 hospitals in the Netherlands.  Twenty-four patients treated with probiotics died.  The cause of death in each case was narrowed down to one of these three reasons: use of probiotics on gravely ill patients, probiotics were administered through feeding tubes into the intestines, or patients were in the acute phase of the disease when the bacteria was administered.  But the bottom line is that they used probiotics and the patients died as a result.

The time has come to question probiotics in the food chain.  They cannot be both food and drug.  Are there really more colon diseases emerging or is that just hype by an emerging industry for bacteria and fibers?

It would appear to be just more contamination for us to worry about in the food chain.  Surely we have had enough with all the salmonella, melamine, listeria, botulism, and ecoli in pet food and even our own food supply.  Food processors have enough trouble keeping visible filth out, so we must wonder why they would consider adding bacteria that can multiply in our gut without anyone knowing what it is happening.

While the FDA reviews advertising claims by pet food manufacturers, such as specific claims for urinary health or hairball relief, they do this by way of gathering data from other sources.  The catch is, FDA does not test or regulate pet food ingredients, just the claims that appear on the label.  This amounts to no more than controlling truth in labeling.  Important yes, but it is not necessarily assurance that the food is safe to eat.

The FDA Amendments Act of 2007 required that the government establish pet food regulations for ingredient standards/definitions, processing standards, and standards for labeling, which are to include nutrition and ingredient information.

For now, all we can do is avoid ingredients that may be problematic while we wait to see if the FDA makes any progress.  In the meantime, informed consumers will be the driving force that brings about long needed changes in the pet food industry.