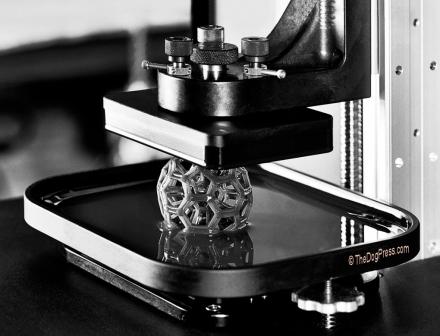 This is not a joke, it’s a headline grabber for reproductive veterinary specialists. Northwestern University Feinberg School of Medicine in Chicago, ranked 17th among American medical schools for research, made headlines this month. The release states “By removing a female mouse's ovary and replacing it with a bioprosthetic ovary, the mouse was able to not only ovulate but also give birth to healthy pups. The moms were even able to nurse their young.”

Pay attention, you are about to learn about a new dimension in canine reproduction and veterinary medicine.

The university press release states “The bioprosthetic ovaries are constructed of 3-D printed scaffolds that house immature eggs, and have been successful in boosting hormone production and restoring fertility in mice, which was the ultimate goal of the research.” As dog breeders, our staff immediately grasped the possibilities and wanted to know more.

So you are the first to understand the basics of bioengineering which, if you are a forward-thinking purebred dog fancier, has intriguing possibilities. The director of the Women’s Health Research Institute at Feinberg is Teresa K. Woodruff who said "these bioprosthetic ovaries have long-term, durable function." So the ovaries, once implanted could continue to produce eggs on subsequent seasons? It’s not a one-time shot?

Well sure. They make prosthetic limbs and when you think about it, even human organs! Think cochlear ear implant, heart bypass or dialysis machines to replace normal kidney function. Woodruff says "Using bioengineering, instead of transplanting from a cadaver, to create organ structures that function and restore the health of that tissue for that person, is the holy grail of bioengineering for regenerative medicine." 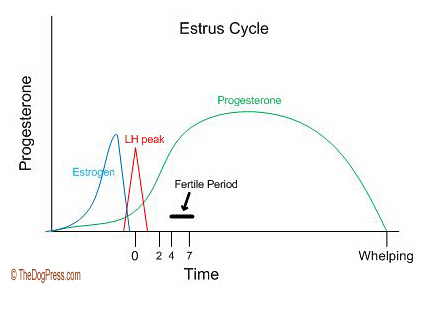 You checked your bitch throughout her ovulation cycle. Bitch has normal season, slides look good but she doesn’t ovulate or the eggs are deformed and incapable of fertilization. The first thing you and your veterinarian think about, having performed a sperm check to assure fertility on the stud dog, is hormone or ovary malfunction.

You know about gelatin, right? Jello your hair and nails strong. We think of gelatin as a potent protein but the Feinberg School of Medicine looked at it differently. To Ramille Shah, assistant professor of materials science and engineering at McCormick and of surgery at Feinberg, it looked like part of the “architecture of the scaffold” and simply put, building material. He saw “a biological hydrogel made from broken-down collagen” that was so safe they use it in human scaffolding. Shah said the gelatin is sort of “self-supporting” and can be used to build multiple layers. So? That means he was able to PRINT gelatin with “well-defined and self-supported geometry."

We’ll skip the technical stuff but the veterinary reality is that they were in fact able to print a mouse ovary that worked! OK, so it was an advanced kind of 3-D printer but the copy of a mouse’s ovaries worked! It ovulated and in case you forgot, it produced mouse eggs that became a litter of mice!

This new futuristic science is intriguing to dog breeders and we predict that canine reproductive veterinarians are already thinking about cost… and profit.

But really, when you’ve spent generations developing a genetic package that is also dear to your heart, and then you invested a small fortune attaining her AKC championship, and now, having done it all “according to the book” and every rule of ethics and genetics, what would a few hundred more $$$ matter?

Your brain is racing to catch up with the implications for canine reproduction. Is this a dog breeder boon bigger than ovulation testing, frozen semen from Europe, or inseminating your line bred bitch with her grandsire’s semen? You betcha! The implications to canine genetics are staggering so even if the initial cost may be a stumbling block the rewards are incalculable.

You know all about imprinting. Now you know about PRINTING OVARIES that can produce puppies instead of mice. It is the future of dog breeding and it is here today.

Several years ago there was a TV show called Repro Men and in 2011 PBS ran Replacing Body Parts which seemed pretty much “out there” but you might be further enlightened by this youtube video 3-D printed ovaries produce healthy offspring. Fat bitches may not conceive but crash diets can cause sterility...