A Mini-Lesson In How Propaganda Works

Pet owners see Animal Rights as animal welfare. Breeders see it as a legislative threat. It is both, but here us what you don’t see.

Animal Rights is not just an ideological phenomenon. Ideology is only the weapon because when it is politicized, ideology morphs into legislation, which in turn becomes regulation and people control. Regulation of animal ownership and enforcement of animal “rights” are like two horns on this goat because both are rewarded and this is a game of spoils. 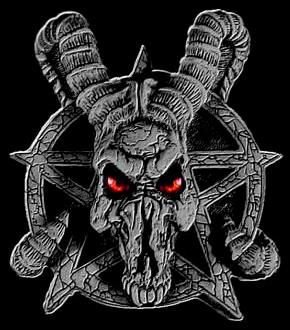 One horn, the enforcement community, is politically organized and has been for a long time. Already very powerful yet they claim even more license to exploit the people and to regulate dog owners. Enforcement, which has now abdicated to “Animal Control”, will get a large share of the spoils because the controllers will either take your tribute (license fees and fines) or your property.

The enforcement community, another example of which is child welfare, now called “protective services” will build their empire as a foundation for the socialist agenda, with which they share power. Animal Control, acting on behalf of “animal welfare,” is transforming the American judicial system. We are losing our civil liberties and becoming something akin to a police state. Or haven't you noticed?

The other horn on that goat will be the community of people who obey and support this, groups that have infiltrated or otherwise assimilated a large percentage of the community. They will be like "young Turks", overturning control of the pet industry.

The animal rights groups have grown so wealthy and powerful that they epitomize the "big, greedy corporations" the Occupiers on Wall Street decry. The irony is that the easily led have found new partners in Animal Rights. Are they both motivated by the same shadowy forces or is it simply that they all share a zealous vision of a humane future? It does not matter because together, they have a combined army to enforce their ideal of an end to animal use and ownership, at least as we have known it. Increasingly worrisome, the animal rights orgs seem to be giving the marching orders to a growing army of enforcement agents.

My fear is that some of these fringe groups have been intentionally radicalized. [1] I do believe that there was a propaganda program, which some psy-ops types ran pretty successfully back in the 80's, to discredit dog breeders, Christians, and other groups. Why? Type “Edward Bernays” in Google and prepare to be amazed. Generally speaking, if your group wants to popularize its ideas, you have to first discredit and marginalize the prevalent culture which is what has happened to mainstream dog culture.

How PETA and HSUS Propaganda Works

“A boy and his dog” became “dogs carry disease”. And PETA successfully convinced generations of youngsters that “going Vegan” was hip. On the crest of that successful PR campaign, most families now go to a shelter to “do the right thing” and adopt a dog, thereby not killing one bred by those evil dog breeders. And if “sleeping with your dog is unhealthy” you might consider that HSUS says you shouldn’t have one at all. On the other hand, change the channel or reach for your checkbook and donate to help HSUS protect the animals “that are neglected, tortured, and often killed.”

Here is my theory, and this goes right to psy-ops, a public relations technique still used by most governments. Propaganda operatives infiltrate “movement” groups, animal rights groups are a classic example. The operatives feed those groups a bunch of inflammatory lies and the weaker ones buy into it as time goes on. If you did not take a minute to set the foundation for what you are reading, learn about the master of propaganda, a man who set countries at war, Google “Edward Bernays” now.

Ideas are like viruses. They spread in a crowd. There are always a few people, who when they hear crazy conspiracies, like "outer space aliens" with “cities underground in the Southwest deserts” will buy into it and react predictably. The average person doesn’t disregard space aliens so you might get a shrug of the shoulders, a laugh, and a "maybe." But flesh it out with detail and backup newspaper reports and some people will believe that space aliens are indeed underground, running a shadow government with our top leaders who are secretly engaged in satanic worship and sacrifice of infants.

Dog Breeders Burned At The Stake

Insane or not, some people are going to believe it. And when you get a couple of true-believers together who feel obligated to strike out at this "evil conspiracy", you have the potential for things like the bombing of the Alfred P Murrows building where innocent lives were tragically lost. What about other media mind-bending? Today any group which "looks like" a militant Christian group is suspect. That’s all it takes. At one time in our country, people were burned at the stake because they "looked like" witches yet no one to this day has ever proven that a witch can cast a spell to dry up their neighbor's cow or make their harvest go bad. These things just happen, as a matter of random circumstance, for completely explainable reasons, but witches, in that day, served the function of the scapegoat.

Today it is evil breeders and puppy mills, or depending on your position, animal rights extremists. Human nature has not changed and people still look for boogeymen under the bed. Today, dog breeders are the scapegoat, and pit bulls are the boogeyman.

So I urge you to employ the highest level of analytical thinking before buying into the animal rights movement. History clearly shows that propaganda is a tool of destruction against a whole and healthy free society. It’s worse than a biological weapon which can be contained. Ideas and concepts can live forever.

In a society which lives and thrives on information and free speech, we have few antidotes for propaganda. When it comes to animal “rights” and defending the animals against us bad humans, we are suckers. It may only be propaganda put forth for economic gain. Or it may be a clever distraction to protect the REAL conspiracy operatives and their clients. I do not specifically disbelieve in outer space aliens, bigfoot, angels, etc. but I try to be reasonable about what I do believe in. And I believe that politics ALWAYS comes down to money!

Editor's Note: At the time of this writing, summer of 2010, Glen Beck and other reporters had not yet pulled the cover off the United Nations intent to create a One World Order.  Not many had heard of United Nations member ii Maurice Strong who is on the board of HSUS and the author of Agenda 21.  George Soros is a master manipulator of governments, Wall Street (where he reaped $billions) and behind the "Occupy" protest in NYC.  The ultra progressive MoveOn.org is funded by the Soros-funded Tides Foundation which is also a major funding source for animal rights groups.