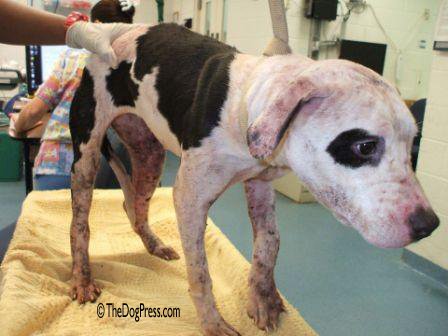 The Alabama tragedy which erupted last week was predictable. The killer, Jimmy Dykes, had recently beaten a neighbor’s dog to death. Ronda Wilber said he was known to threaten children and that Dykes had beaten her 120-pound dog with a lead pipe, just for crossing onto “his side of the dirt road.” Wilber told reporters “if a man can kill a dog, and beat it with a lead pipe and brag about it, it’s nothing until it’s going to be people.” She was right.

FBI studies show animal abuse is inextricably linked to arson, rape, and murder. Psychological profiles indicate that animal abusers compensate for the worthlessness of their life by being cruel to animals, i.e. classic displacement behavior.

The Animal Legal Defense Fund ranks Illinois cruelty laws as the toughest in the nation, imposing stiff punishments for animal abusers. Contrary to most states, residents can file a protection order against an alleged animal abuser. So why does Chicago have the highest crime-related death rate in the U.S. with more people shot than there are dogs abused?

A four year study {Ref #1} by the Chicago Police Department "revealed a startling propensity for offenders charged with crimes against animals to commit other violent offenses toward human victims."  In fact, 65% of people arrested for animal cruelty or abuse also had a criminal record for battery against a human. Are these threats to the human population jailed or treated? No. See nationwide statistics below.

In an interesting correlation, there is no national reporting system for animal cruelty but according to petabuse.com, 65% of reported animal cruelty cases are abused dogs.

University research shows that animal cruelty is often associated with child and spousal abuse and that those who torture animals are more likely to commit crimes of violence and perversion as reflected in the Chicago statistics.

Shelter counselors tell women that they should observe how men treat animals as an indication of potential spousal abuse. Women with children must take whatever steps are necessary to protect the children. Most victims of family abuse report that their “partners threatened, harmed, or murdered their pets.” Troubling to counselors, those women said were afraid to leave their abusive partners for fear of what they would do to their pets. In those cases, arrangements should be made to board the pets or as a last resort, turn them over to the local shelter. Hiding pets with friends or family puts both people and pets at high risk.

While some researchers believe a propensity for cruelty and violence can be genetic, other studies indicate that children who are themselves abused or who are frequently exposed to acts of violence, especially cruelty to animals, have a statistically higher average of becoming criminal abusers than do those who enjoy a normal childhood. Whether acts of cruelty are directed at animals or humans, children who witness abuse can become addicted to watching or participating in violent behavior such as is practiced in urban gangs.

Humans are instinctively repulsed at the sight of blood. We are shocked and frightened by death but paradoxically, the human animal is drawn to scenes of violence where death has or could occur. We gape at auto accidents and pay to watch a rodeo, boxing match, or bullfight. Most psychologists believe we are fascinated by the possibility of death while subliminally reassured that we are alive.

While that is normal, deeply imbedded in the human psyche, Dr. Albert Schweitzer observed "Anyone who has accustomed himself to regard the life of any living creature as worthless is in danger of arriving also at the idea of worthless human lives." Robert K. Ressler, who developed serial killer profiles for the FBI confirms, stating "Murderers … very often start out by killing and torturing animals as kids" and further observes “… a fascination with cruelty to animals is a red flag in the backgrounds of serial killers and rapists.”

Children who witness animal abuse are more inclined to be cruel to animals and other people. Nowhere are those statistics more tragically borne out than in the recent shooting rampages, particularly those on school grounds or shootings committed by minors.

Neglected or abused children often feel inferior and thus they attempt to establish a pecking order by bullying. Depending on the degree of abuse in the family, if unchecked by adults, verbal abuse can escalate to physical bullying. Bullying predictably leads to experimenting with animal torture.  FBI Profiler Robert Ressler observes “These are the kids who never learned it’s wrong to poke out a puppy’s eyes.”

Animal cruelty precedes commission of violent crimes in nearly ¾ of cases studied. And that sobering statistic brings us to the most egregious neglect of all…

As established by FBI studies, violence against humans frequently follows a history of animal abuse. Researchers point out that even with those facts at hand, animal cruelty goes virtually unpunished. The Cohen study {Ref #2} confirmed that 46% of convicted multiple murderers admitted to torturing animals.  Another study revealed that in every school shooting between 1997 and 2001, every perpetrator was a boy who had committed one or more acts of animal cruelty!

The overwhelming increase in mass murders and school shootings in the decade ending 2012 reflects equal escalation in judicial failure! It’s safe to assume a high percentage of those killers were also males with a background of cruelty to animals.

Failure to prosecute and/or sentence serial animal abusers to jail results in incalculable human fatalities. Routine probation for animal abuse cases exemplifies judicial failure. In most cases, no psych exam is ordered even though a history of animal cruelty shrieks of risk to the human population and begs help for the perpetrator.

This is not to say that every alleged case of animal abuse is factual. We would be remiss if we fail to mention that profitable and/or overzealous “Rescue Raids” {Ref #3} are becoming more common.  The solution therefore is vigorous prosecution based on tangible, incontrovertible physical evidence combined with stiff sentences and psychological counseling.