Across America, especially at places where many dogs congregate, canine influenza (H3N2) is running rampant. Is it rescue dogs from China? So what are we to do? 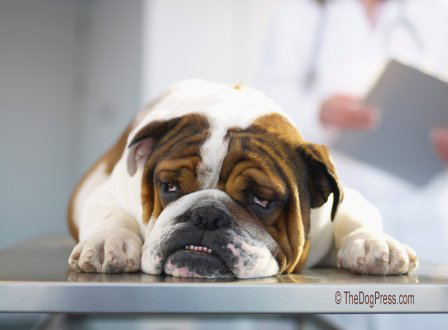 A friend with a boarding kennel and a string of show dogs is skipping dog shows for obvious reasons. A bulldog breeder is disgusted because at her last show the people just two lots down from her brought a sick dog to the shows. She too is staying home. Litters have been lost to the flu. Senior dogs seem more vulnerable and have also been sent across the rainbow bridge early.

After reading news snippets, I have come to an unavoidable a conclusion but welcome your feedback on the origin of the new dog flu.

The sometimes-deadly H3N2 virus is suspected in 34 canines being housed by a San Fernando Valley rescue group that brings rescue dogs from China to the United States. Jeremy Prupas, the city of L.A.'s chief veterinarian states "We're on high alert."

“We (had) a second introduction of this virus into Los Angeles back in March from dogs brought out of Asia not properly quarantined…” said Edward Dubovi, professor of virology at Cornell's College of Veterinary Medicine.

Dubovi explained "If these groups that want to rescue dogs from Asia continue to irresponsibly bring them into the United States, then this flu is going to be reintroduced now and then as they bring in infected dogs." According to Dr. Joe Kinnarney, the immediate past president of the American Veterinary Medical Association, 80 percent of the dogs that come into contact with this virus catch the flu. 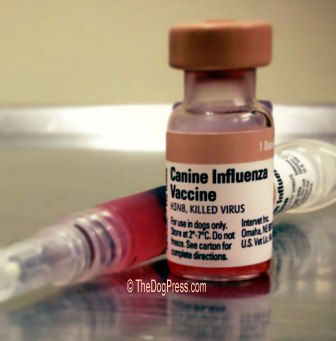 Unfortunately, but not surprisingly, the “new flu” was then found in North Carolina, and has been reported in 11 states, no doubt from dogs that were at the shows in Florida (and Georgia) and unwittingly brought the H3N2 canine influenza virus (CIV) home and spread it to local dogs. Two deaths were even reported in North Carolina. Veterinary offices are crowded.

The Kennel Club of Texarkana cancelled the June 17th & 18th dog shows cancelled due to the Canine Influenza Virus outbreak. Other kennel clubs are searching for solutions as the new flu spreads.

While there are many suggestions as to what should dog owners do if they had plans to take their dogs to shows in the affected states, or anywhere else for that matter, they are NO guarantees that your dogs won’t be affected, infected, or spread the infection further.

One solution is obvious. We need to protest bringing dogs into the country to sell, adopt, “save them” or for any other reason. If there is a shortage of mutts, let people buy a purebred dog that has been inoculated!

When are the rescues and shelters going to realize that by bringing in dogs from out of the country, they are exposing the dogs here? As long as they continue to operate unregulated and are making money on the dogs, they are going to get dogs wherever they can. They apparently don't care what they are doing to the dog population in this country.

The AKC offers some show specific tips on their site however they too are flawed; one item such as “Wash your hands frequently, ideally between handling different dogs. At the very minimum, hand sanitizer should be used between handling dogs.”

Health professionals we spoke with point out that hand sanitizers do not work immediately, requiring at least 30 seconds application time and then must be allowed to dry completely. In the show ring – I doubt judges and professional handlers will follow that requirement stringently because “time is money”.

As for my dogs, I’ll be concentrating on training at home. I dropped out of an upcoming class and would never go to a dog park. It’s a golden opportunity to further bond with and teach my dogs new things without the risk of H3N2. Hopefully my words and actions will inspire a sense of responsibility to the rescues/shelter infecting our pets.

We should consider mounting local protests against the rescues/shelter importing stray dogs and infecting our pets. The news media loves protests, good visuals, and it would help to inform dog owners or potential adoptees. I’ll see you all in the fall when things have settled down.  See Instant info on ii Quarantine Requirements? and wonder about all those imports.