Update on the purebred dog's reproductive ability compared to mixed breeds was filled with MISSconceptions about hybrid vigor, fertility genes ... 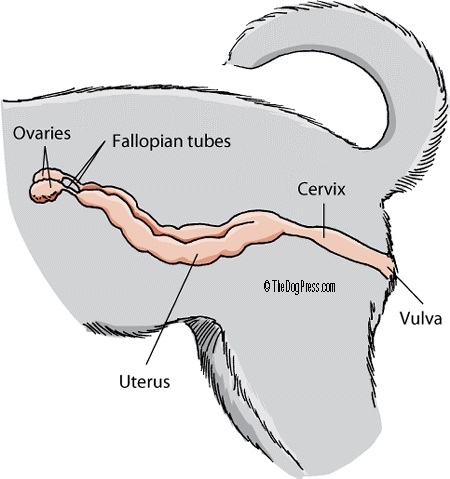 First, let’s stipulate that no one knows if in fact, mutts have fewer reproductive problems or are more fertile. Why? Because there are no valid fertility studies, just animal "rights" generated anti-breeder, spay/neuter, and overpopulation hype.

When a mongrel has a litter, it is generally unwanted and unnoted. When a purebred dog fails to conceive, it is bemoaned by the breeder but neither non-event is entered into a statistical database.

So then, how can the AVMA, AAHA, HSUS, ASPCA or any other group assess fertility genes in mutts? If in fact, they actually had comparative reproductive statistics on purebred dogs that would be a little scary eh? As of this writing, your vet does not enter such information into a shared database. Only a puppy mill vet would have any statistical fertility study data upon which to base a conclusion on the infertility rate in purebred dogs.

In most commercial operations, breeding stock does not get an overabundance of veterinary care as compared to dogs owned by hobby or show breeders. Does that factor into fertility gene comparisons between mutts and our optimally cared for purebred dogs? Yes, so let's look at mutts, aka mongrels, mixed breeds, or cross-breds.

No matter what we call them, mutts do have certain reproductive advantages over purebreds and personally, I find them much more meaningful than any alleged genetics-related superiority.

Mongrels receive fewer vaccines and medications than purebreds. Mutts are less emotionally stressed doing what dogs naturally do; hunting for food, shelter, and a mate instead of being powdered, perfumed, confined, trained, and bored. They may eat less (see fat and fertility) but they eat better. Significantly, stray bitches are bred by the most sexually aggressive males instead of artificially inseminated (AI) to a popular show dog whose busy schedule prevents anyone from knowing if he is a dud as a stud.

First, let's look at vaccines and veterinary care. Generally speaking, strays and mixed-breed pets are if anything, under-medicated. Unlike purebred dogs, most get their first shots at the shelter or from a pet shop producer and they are less likely to receive yearly booster shots or visit the vet every time they sneeze. Their immune and reproductive systems are therefore at full function.

What about diet? Surely valuable purebred dogs are better fed? No, not when we consider that stray dogs survive on table scraps, i.e. stuff fit for human consumption, not DDD (dead diseased or dying) meat that can include veterinary cadavers loaded with euthanasia poisons. The ugly truth is that carcasses from many sources are converted into that “meat and bone meal” stuff on the dog food label. Compare the precious purebred's diet (canned or dry dog food) with that of mutts which are free to scavenge garbage cans, roadside trash, and city dumps for meat, veggies, bread and bones.

Well surely purebred dogs have top reproductive vet care? Not really. Mutts are probably no more fertile than purebred dogs but they have distinct advantages from nature's perspective. Having attracted a following (literally), mongrel bitches are constantly “teased” and then mated when most receptive, not when a vaginal smear says she's ready to breed. Not only that, doing what her hormones insist upon and what nature wisely decrees - she is bred multiple times over two or more days, almost always by multiple sires, thus increasing the odds of receiving mobile, fertile semen. This is not meant to suggest multiple-sired litters although it is possible under AKC’s new DNA litter registration program.

Responsible show/hobby breeders study genetics and many do give serious consideration to reproductive health. Puppy mills do however, do fertility studies!  Most commercial breeders do not apply the power of inbreeding or linebreeding for superior reproductive ability. For commercial breeders and puppy mills, fertility is the first priority whereas show and hobby breeders tend to emphasize personality, structure and beauty. In today's economy, the overall success of any breeding program may depend on genetic fertility when deciding which bitches are retained to continue the bloodline. Strong reproductive ability, including bitches that free whelp and raise large, healthy litters should be paramount to any dog breeder. 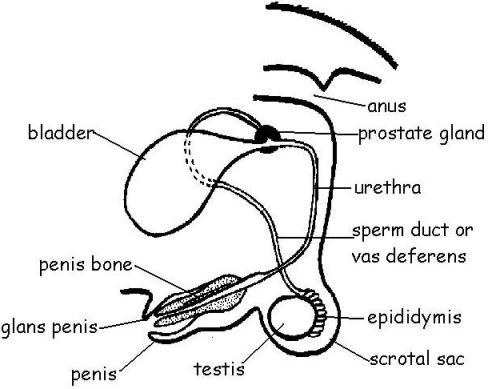 Declining fertility rates in companion animals AND humans is less about genetics than about what we inject and ingest into the body, i.e. chemically compromised vaccines and genetically modified foodstuffs. According to a human fertility study cited by Dr. Dean Edell, the human sperm count is plummeting in the developed world with but a few notable exceptions. One is Greenland where modern medical care is less available and they harvest their own fish, seal and whales, rarely consuming commercially grown foods.

There is a wealth of information out there but you will rarely get it from today's veterinary or medical doctors whose education was furnished in large part by the pharmaceutical industry. Sadly, even the most ethical medical minds can be quite comfortably closed to an uncomfortable truth.

If you hope to succeed as a breeder of quality purebred dogs, cultivate the trust of respected bench, field, performance, and show breeders. Talk to them if your prize bitch has a fertility problem. Carefully explore the use of herbal fertility supplements (they've worked for every culture, for thousands of years) and talk to your vet about the necessity of so many booster shots. Remembering what stray/feral dogs eat, balance the convenience of prepared foods with the healthful benefits of meat, veggies, and fruit.