If you knew that flu vaccine is untested, that it was only 10% effective in 2017 and there's a risk of getting crippling GBS, would you take the 2018 flu shot?

The 2018 flu vaccine is said to be "up to 30% effective" with a lower risk for Guillain-Barre syndrome.  On the downside, twice as many people got the shot and four times as many came down with the flu.  We're also told flu season will extend to May this year.

U.S. Pharmaceutical Law states vaccine manufacturers “have to do two double blind field trials to show efficacy and to show long term safety.” But wait, testing can’t be done on influenza vaccine. CDC told us in 2015 that a strain which hasn't yet mutated or one that suddenly arrives in the U.S. can’t be tested... Right.

Think on that as you prepare to put your trust in the FDA and the CDC which seems completely broken, including a VIDEO apology by CDC (below). 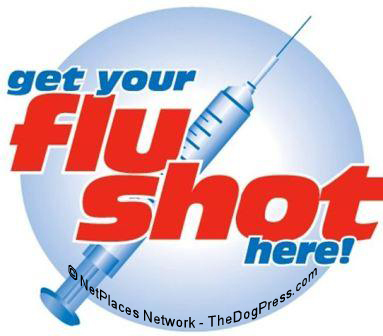 While the 2015 "New Flu"(made in the late spring of 2014) wasn't formally named, it wreaked havoc, especially with children. 2016 news reports suggested H3N2 came across our Southern border and thus, Americans have no latent immunity. Leaving 2018 politics out of it, there is still increased risk due to the flood of immigrants and the diseases they bring for which Americans have no immunity.

Another problem is, unlike measles, mumps and other stable viruses, influenza mutates every year or so.  When you think about it, how can a vaccine immunize you against something which doesn't yet exist.  That is after all, the sole reason we are told to “get the flu shot every year” because even the best vaccine laboratories can’t test something that might or might not mutate.

The inescapable logic of that medical fact should be enough to compel you to watch the video clip (below) provided by TheDogPress. The medical science of “flu vaccines” is exposed in layman’s language by one of the most prominent medical scholars-professors in America. We were at first astonished, but then, having covered the deadly dishonesty in animal vaccines, our staff was outraged.

If you think mainstream media isn’t controlled by pharmaceutical advertising $$$, learn another of those uncomfortable truths.

Every year, we are inundated by TV and print advertising urging us to get the flu shot. Especially vulnerable are the elderly. Perhaps that is why there are “get flu shots here” signs in front of neighborhood pharmacies where senior citizens are regular visitors. There’s a reason we used to call them drug stores. {ref 1}

All this “get your flu shot” promotion despite the fact the flu vaccine has not been proven safe or effective is more than troubling.  This statement on the CDC website is illogical and impossible as regards flu vaccines “Before vaccines are approved by the Food and Drug Administration (FDA), they are tested extensively by scientists to ensure they are effective and safe.”

We scoured the CDC site but nowhere could we find any exclusion for flu vaccines. As a side note, we found evidence that childhood vaccines are so risky that “Congress passed the National Childhood Vaccine Injury Act (NCVIA) in 1986”. There should be a vaccine injury act for the elderly who are the most vulnerable to pharmaceutical propaganda and marketing!

“Before vaccines are licensed by the FDA, they are tested extensively in the laboratory and with human subjects to ensure their safety.” While that sounds reassuring, especially the part about using computers “to predict how the vaccine will interact with the human immune system”, we found nothing to controvert common sense which suggests that the testing must be done after people have been infected.

TheDogPlace.org presents volumes of Vaccine Information and in fact, was the first website to track and expose vaccine risks including; Bad Boosters, Leptomania, Lyme Lies, Mercury-Madness, The Parvo Prism, Rabies Reactions, and Vaccinosis. Click ii Vaccine History for a concise chronology from 1981 to present. As for CDC efficacy, be sure to see Prescribing Death {ref 1}. Get a different perspective and think about it before rushing to “get your flu shot” which before we exposed the overall concept, included the canine influenza shot {ref 2} for your dog!