Buyer Beware lawsuit that dog breeders and puppy buyers should read and heed. The court found in the buyer's favor but sadly, there was no justice for the bargain puppy.

On April 4, 2011, around 7:00 PM, I (Claimant/Purchaser: Colleen Fisher) purchased a Great Dane puppy from the named Defendant/Breeder: Alma Weber/Robert Weber. 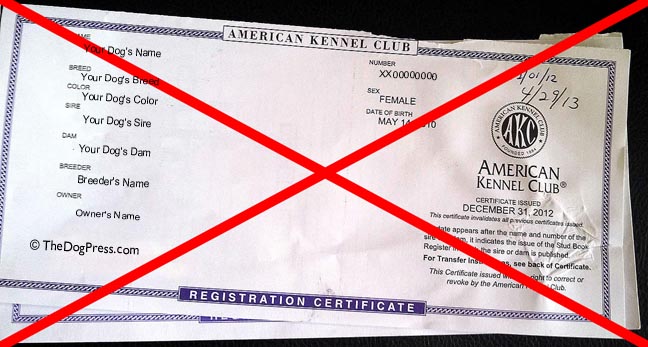 The puppy was extremely under weight and had a very calm/lethargic personality. I wasn't worried by this as the supposed good Dane breeder stated she was free feeding the puppies and I gathered the other puppies were eating most of the food. As for the calm personality it was a plus as this would be a very large dog.

Alma Weber showed me AKC papers for the mom and dad dogs with her hand placed over them, stating that she was selling him at a discount and therefore would not be giving me the puppy’s AKC papers. I asked if I needed to sign anything and she said “no just take the puppy."

I took my new Great Dane puppy to my veterinarian the next day for a health checkup.  The vet said he was considerably under weight and had some abdominal tenderness but he felt it was due to me changing the puppy food.

On April 9th I awoke at 3:30 am to the puppy whining. I let him out of his crate to take him outside to go potty. He made it as far as my kitchen floor and started urinating pure blood. I took the puppy to the emergency hospital right away. The vet there said he was very underweight for a Dane puppy and he also diagnosed a serious bladder infection containing extreme amounts of the E-coli bacteria.  He said it did not happen in the 5 days that I had him, that it was something he had for a while.

I called the puppy's breeder at 8:30 that morning; she returned my call late that afternoon. I explained (about) the bloody urine and that he was walking around bumping into walls hanging his head down and not responsive to me and that I was under the impression I was getting a healthy puppy. She said “I’m sure you and your children have become attached to the puppy at this point” and that I should just keep him because all of the other puppies were very healthy.  She said she could give me references to call the other owners; that she had been breeding dogs for 25 years and had never had this happen before.

I explained that all four of my children and I had become attached to him and if it was nothing more than a bladder infection I wanted to keep him if she would be willing to cover half of the vet bill. She got very upset claiming she sold me a "$1200.00 Great Dane puppy" at a discount and she wasn't willing to split the cost. She said if I brought the puppy back she would only give me back the $300.00 that I paid. I explained to her it didn't really matter how much she sold him for, she sold me a sick puppy. I felt that it was fair for her to cover half. She said she would talk to her husband about it. I never heard back from her.

On the 15th, one week later, I was again awakened by the puppy crying. I took him out of the crate to find he was not able to walk straight … had labored breathing. The puppy walked in circles banging into the walls and then falling to the floor. I contacted the pet hospital they said it would be another few hundred dollars if I brought him in.

I called Dane breeders at 6:00 A.M. on their home and cell numbers to let them know how sick he was and that I needed to return him at this point. She texted me later that day saying she couldn’t talk, she was at work and would be home after 5:00 P.M. and for me to return the puppy then but she would still only return my $300.00. 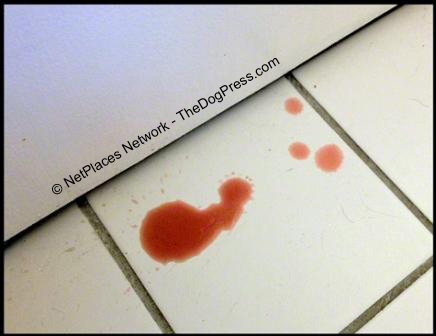 Upon my return home at 3:30 P.M., I found the puppy to be moving around better however he was again urinating blood. I contacted the veterinarian to explain my arrangement with the breeder. The vet’s office advised me the puppy needed a blood panel run to find out if he had a more serious issue going on and to not make the puppy wait for care due to the fact it was Friday; the breeder wouldn’t be home until after 5:00; and regular vet offices would be closed for the weekend. Considering the puppy’s condition, I took him straight in.

I called the breeder to let her know but had to leave her a message in which I said that the puppy needed to be seen ASAP so I would not be bringing him to her at the time arranged for that day.  She (later) called me screaming, “Why would you take him in and spend more money on him?” I explained after she stopped screaming at me that the puppy needed care and his prescription refilled and with the weekend coming up I didn’t want him to be in pain or go without his medication for the whole weekend.  I told her even though I was not financially able, I would not let him suffer.

The Great Dane breeder said that all the other puppies were fine, that something must have happened to him … or he had gotten into something in my back yard. She stated that she had taken mom dog into the vet … to have her checked for any genetic diseases that could have been passed to the puppy and that she got a clean bill of health from the veterinarian.

Fortunately for me, working in the health field, I realized very quickly that this would have been impossible for her to have done in such a short time frame. She (said) she had told her vet the puppy’s situation and he told her without seeing the puppy it was hard to say why he would be urinating blood, but that he could have gotten into something in my back yard or an injury.  I explained to her once again that it had already been established that it was a serious bladder infection that had been occurring for some time and he was taking antibiotics for it and that it appeared he might also have some sort of neurological issues.  She said that she gets all her information from the internet regarding health issues for her pets and that it’s very accurate information. She also stated that it was bad to give the dog antibiotics and did I know that? I told her the licensed veterinarian had prescribed them according to the puppy’s diagnosis and weight.

At that point I realized that she was obviously not a well educated or responsible dog breeder and had probably not gone to the vet at all and I felt she probably wouldn’t take the puppy in to a vet either. I told her I felt she knew he was ill and that is why she let him go for a discount “to get him out of her care” and that I had asked her several times to split the cost of treatment as it was established to be an illness that the puppy had had for some time. She said she in no way was responsible.  I explained that it would not be fair for me to have incurred such a debt for her puppy … that I needed to return him but to walk away with no puppy or reimbursement wasn’t logically, morally or ethically right. She said she would again speak with her husband but she knew he wouldn’t agree to reimburse me for the vet bills. I never heard back from her.

I started contacting Great Dane organizations asking for help.  The puppy continued to become more and more disorientated in his behavior. I contacted my regular vet who said he needed to refer me to a specialist for a neurological work up … that I should continue his medication and he would complete follow up tests to see if the bladder infection was better. I continued to give him his medication daily as instructed. I left Alma several messages on her home and cell numbers letting her know the puppy was getting worse.

On April 30th, the puppy was not doing well at all and he needed more help. I contacted the Great Dane Rescue Group (Colleen Leahy) she said she would find a foster home for him and to take him to her veterinarian for care. When I got home from work the puppy was very bad.  He had bloody paws from scraping at the walls while disorientated. He had urinated blood everywhere. I contacted Colleen (and) we made arrangements to get him into her vet the next morning. I sat up with the puppy all night trying to comfort him in any way that I could.

I meet Colleen at the vets’ office on May 3rd. After the vet did some tests on the puppy he determined that the puppy had a massive brain trauma, most likely from birth or shortly after, and was suffering terribly and the only thing to do was to put him to sleep.

The puppy was put to sleep on May 3rd 2011, four months after his birth. I hope sharing this awful experience with TheDogPress readers will save someone else from being duped but most of all, to make everyone aware of the kind of people out there breeding dogs.