Professional handler Stephen Cabral lost a Briard to gastric torsion at a dog show and was benched for neglect.  End of story? 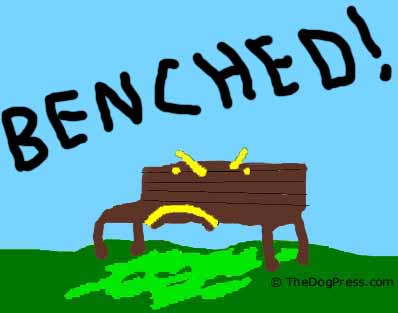 No, the allegations grew with claims of favoritism, protection, and previous loss of dogs in his care.  It sounded like the Mary Wild case {1} which was in fact a dog show travesty and became a flagship for frustration with AKC and corruption in the dog fancy.

After several reader inquiries and an accusation that we were deliberately covering up for Stephen Cabral, TheDogPress decided to investigate.  If in fact, a handler had been too busy showing dogs to take a dog with bloat to the vet, he should be condemned by his peers and permanently suspended by the AKC.  If there was a sham bench hearing and Stephan Cabral was let off by friends, the cover-up should be exposed.

We emailed Ric Plaut, Officer and Director of Mt. Palomar KC and Lea Plaut who is VP and chaired the Bench Committee.  No response.  A follow up elicited no response from the Plauts so we contacted other sources.  Most had “heard about it.” One handler said “I’ve known Stephen for years” and after a weighty pause, “You should be talking to Ric Plaut."

Stephen Cabral guardedly agreed to an interview but with the caveat that there could be legal proceedings. When we questioned that comment, he explained off the record, and we proceeded. As background, Stephen and Linn Cabral breed American Staffordshire Terriers and have over 35 years professional experience in dogs. Stephen’s string includes nationally ranked Group and Best In Show dogs. He handles from their Southern California location and operates Active Dog USA from CA and Norway.

We confronted Stephen Cabral with the rumor that he was benched and suspended at the May 2011 Mt. Palomar KC show after a client's Briard died with bloat because he was too busy to take the dog to the vet. Cabral replied “Oh yeah, these are deliberate and you kind of know where they are coming from but it’s ultimately against the kennel club itself because some of the members are involved."

Did a Briard in your care die of bloat and if so, what were the circumstances? Cabral replied that the owners are long time breeders and all parties were aware that “bloat is very big in this breed” so they took the dog as a high risk breed. He said the owners wrote a scathing letter to the Mt. Palomar Kennel Club with a copy to AKC. In that letter the Briard’s owners stipulated “wind changes directions, Briards bloat.” With no trace of defensiveness he stated, “They don’t hold me responsible in any way. They know we did everything we possibly could.”

The handler said it happened during show hours so the timeline was clear to everyone. They arrived at the show about 5 AM, walked all the dogs and the Briard was fine. They watered each dog, re-crated them, and began the morning grooming routine. The first two dogs were shown and “When we came back to put the dogs up I noticed that the Briard was pawing at his face and I thought he was chewing on his hair. So I opened the crate to pull the braid out of his mouth and he didn’t jump up like they typically do.”

Realizing the Briard wasn’t fully responsive, Cabral and his assistant put the crate on the dolly and raced outside to the truck. On the way, he yelled for the parking attendant to radio for the show vet but learned “There was no show vet on site” and worse yet, “the show vet listed in the premium list had been closed for over a year.”

As they took the dog out of the crate to load him in the truck Cabral said “things got a lot worse.” He saw the stomach was distended and grabbed for a bloat kit which he carries and has been trained to use. He put a needle into the Briard’s side to release the air and by then the kennel club officers had arrived.

Cabral sighed deeply “They looked over the dog and said ‘so sorry you lost the dog’ and it ended right there.” He said the dog was “pronounced dead at approximately 5-6 minutes from when we first saw him in distress” and understandably defensive, stipulated that the dog was only out of anyone’s site for about 30 minutes while he was showing his first dogs.

Then what? “I left the show grounds with one of my clients to go get a necropsy done on the dog while we tried to contact the owners.” The distraught owners called him back and in the ensuing conversation, instructed him not to do a necropsy because “it wouldn’t provide any additional information.” They told Cabral to go ahead and have a vet dispose of the dog.

“The other veterinary office listed in the premium list refused to accept the dog. They wouldn’t do anything without the owners’ written consent so we were forced to find an alternative” said Cabral. They went to the Humane Society in Esposito and people there spoke with the Briard’s owner. The proper forms were filled out and also provided to the kennel club so they could close the case and file their report. 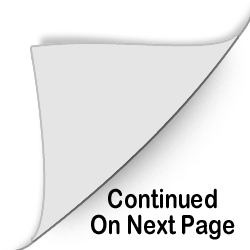 Cabral arrived back at the show at two o’clock. He said “I didn’t show dogs the rest of the day. Other handlers stepped in to help with the dogs and I remained at my truck. I just couldn’t show anymore.” He is thankful that was Sunday, the last show.

But Cabral’s problems weren’t over. He explained. “The show chair got very upset when she found that a necropsy wasn’t done even though the owners told me not to. She said ‘you demand it and you should do it, I don’t care what the owners say and we’re going to bench you for this.’” Cabral provided her with the owner’s telephone number but Lea Plaut, the Show Chair, never called the owners. He stated “They just went ahead and held the bench show hearing anyway” even though according to Cabral, the AKC Rep advised them that “they were violating the rules, the husband was testifying as a witness and the wife was the Chair, clear violations of the rules.”