Do you agree with these amazing differences between dogs, cats, and horses and their relationships with us?  Email us below! 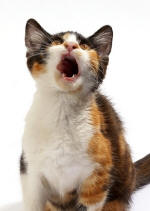 We'll start with cats but first, let’s get something straight.  People who cater to the whims and weirdness of a cat are not “owners.” They are indulgent caregivers, willing servants, but owners? Never! Even the court system recognizes the difference.

Judges hold dog owners responsible for anything a dog does but cats can cause accidents, wreak havoc in the neighborhood, and even attack people with legal impunity.  So I ask you, do cats ever do what you want them to do when you want them to do it? No. Even with those highly trained TV cats that come running for food.  Several takes are necessary because there may be a fluff on the floor or a foot that needs grooming. When we set the food bowl down, the cat will arrive at a leisurely stroll while showing off the latest in tail-hook maneuvers.

Do cats ever seek you out because you’re you? No. Cat people are largely delusional. On the occasion that a cat takes time from its busy day to rub their scent glands across some part of the human anatomy, cat lovers feel adored. I have always thought it significant that cats prefer to mark the human face with the glands located near the anus. Indulgent owners just smile while gently nudging the cat’s posterior away from their mouth. Can you imagine a dog owner being flattered by a butt-rub facial??!!! 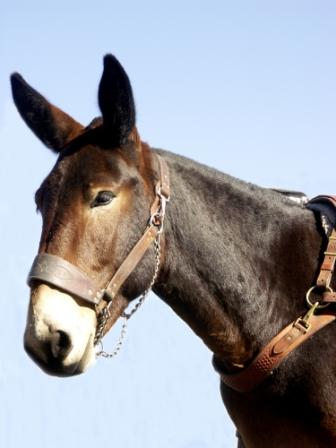 So what about horses? Well now, you’re talking to an accomplished horsewoman. I loved my horses. Fed them, polished them, and learned to trim hooves. I was so into horses I became proficient in buying auction “snakes” and developing them into saleable, well mannered mounts.  But did I ever have one that would come when called unless I was holding the feed bucket? No. In no time at all I realized that Smokey, Flicka, Thunderhead, and The Black were truly works of fiction.

They say donkeys protect flocks or some such nonsense. No way. Jacks just go after anything they don’t know personally, including unfamiliar humans.  Horses and mules settled the west and won WWI for us. Credit where it’s due. But not one went to war without a bit in its mouth!

We have a friend who is a multi-species trainer and her liberty horse performs beautifully but she could ask him all day long to fetch the newspaper and he’d just swish his tail in her face.  However... when she asks her German Shepherd to go out to the round pen and bring her the feed bucket, Colonel not only does it, he’s delighted that she asked. Let a horse get himself in trouble and it is a dog that alerts the owner to the problem. Can you imagine it the other way around???!!

When the day is over, the horse gladly shucks the reins of civilization and heads for a good roll. Your dog? If not at your side, he’s waiting at the door. Think about going out and your dog is looking for the keys.  When your horse sees you hooking up the trailer he nonchalantly grazes in the other direction. 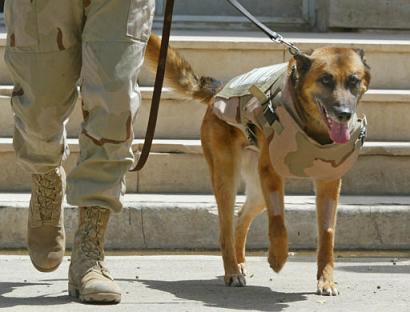 Your dog will starve rather than leave you. Unlike mules and horses, military dogs trot happily alongside the handler. They protect the camps, and boost moral when the going gets tough.

War dogs suffer in the desert heat and some die with our soldiers in those hard lands.  They find explosives in the mine fields, they find and alert on snipers.  They go in bombed out buildings to search for enemies and clear the way for their human partners.  They didn't enlist but they face each task with bravery and loyalty unequaled by any other species on earth.

Well, I think we settled that subject quite nicely don’t you? Of course cats and horses are different than dogs. That is the point. No creature other than your family members is as unselfishly devoted to you as is your dog.

No wild horse ever put his own head in the halter. Capture a pariah dog (jungle Basenji comes easily to mind) and it will become your friend. Capture a mustang and you can tame him but don't ever leave the gate open…  I don’t know much about the ship of the desert. My second choice pet has always been an elephant. Although both have been domesticated for centuries I’ll bet the camel or elephant would be quite happy to never see a human again.

Only the dog stays because he wants to stay. And please, don’t tell me how we devolved them into children and that’s why they are so dependent on humans. Whoever scripted those Animal Planet shows are obviously cat lovers...

Perhaps, in the intricate scheme of Creation, a design whereby everything fits and even the Platypus had a place, Dog was created for one extraordinary purpose. Unlike any other mammal, Man needs flattery, support, and unconditional love. He hungered through centuries of evolutionary progress until The Creator, in His infinite wisdom, realized He had made Man insufficient in that regard.  So He looked at all the animals He had made and decided that the wolf, with its highly developed social structure, would be the perfect example of enduring love. 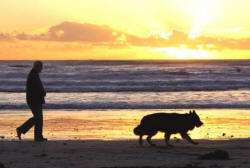 And so it was that wolf became Dog, allowing us to share life with a selfless, inherently good soul, totally free of malice and deceit.  Loyal to the end, Dog is our one true friend.

Horses serve, cats enchant but only Dog crept to the fire and laid down beside man. A millennium ago Dog chose Man.

And that’s why dogs are different...

Do you agree?  Do you have something to add to this conversation.  If so, tell us,  Contact TheDogPress.