Your beloved pet was killed due to negligence, veterinary malpractice, or outright malice and you are thinking about legal action.  Is there a chance for justice?

While animal seizures still occur, the HSUS and other Animal Right groups have met with legal obstacles since we released this oft-cited Court ruling.  In 2009 we covered the Kentucky District court ruling, a historic challenge against the infamous Louisville Law that set precedent for pet owners.  The Louisville Kennel Club and concerned pet owners waited anxiously over a year for the court's  ruling on the lawsuit filed in December 2007.  The Ruling has been referenced in cases of malpractice, negligence, or malice.

Highlights of the Federal Pets Are Property Ruling: 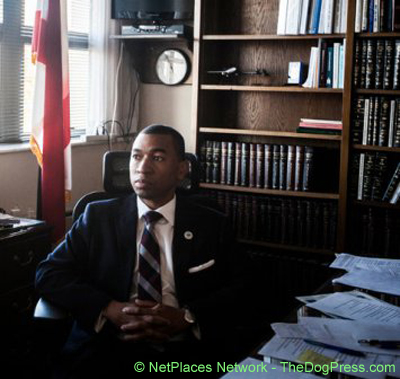 * Pets are personal property. Due process, search and seizure protections as provided by The U.S. Constitution apply to pets. You are not a "guardian” and the state has no right to take your pet away as can be done with your child.

* Requirements for housing and care cannot be legislatively mandated as different for intact dogs vs. altered dogs.

* Seizure bond is illegal and unconstitutional because it constitutes unlawful taking of personal property. If, after a search warrant is obtained, a person is arrested and their dogs are seized, their dogs must be held AS IS (cannot be sterilized while held, cannot be sold, transferred to anyone or euthanized) unless the owner is found guilty after trial.

The rationale under current Kentucky law: If are arrested for commission of a crime involving your automobile, they can impound your car but if you are found innocent, it must be returned to you in the same condition in which it was seized. You are not charged storage fees. The same applies to your dogs. You do NOT pay for their care, until/unless found guilty of the charges.

This is major relief for pet owners as just the thought of their dogs being euthanized or sold, and then being assessed thousands of dollars for boarding and hysterectomy/castration has held owners in fear.

The plaintiffs prevailed on virtually every essential violation of the Federal Civil Rights act asserted. As regards a provision that allows the city to take away dog licenses for state or federal crimes not even related to animals, U.S. District Court Judge Charles Simpson stated in his ruling, “This section is more problematic than those discussed above, because it appears to allow the director (of Metro Animal Services) to impose a civil punishment for any reason at all, leaving citizens unaware of what actions might constitute grounds for license revocation.”

No longer can LMAS (Louisville Metropolitan Animal Services) inspect your property and decide if you can own an unaltered dog. No longer can Louisville authorities require a seizure bond where failure to post it makes you forfeit your animals without a finding of guilt.

There was a highly publicized case in Kenton County wherein a woman's beagles were confiscated on a nuisance issue but then officials came back and asserted cruelty. When she could not post the seizure bond, they said the animals became their property and all of the dogs were euthanized. They then dismissed the cruelty charges. This case went to Federal Court in Northern Kentucky on a challenge to the seizure bond and a violation of her civil rights.

This decision by Judge Simpson holds that the conversion of her animals without a finding of guilt violates her right to due process.

This is happening all over the county so the Kentucky court decision will have a huge impact. While the search and seizure issue was dismissed because the city agreed with TheDogPress.com and other news organizations, the judge went on to discuss violations of the ii Fourth Amendment.  He indicated that the Ordinance provision which allegedly permits seizure for any violation of this chapter (a provision used by LMAS to seize puppies because of an alleged violation of the Class A Kennel License) requires a warrant for seizure.

Reiterating another court’s earlier decision that recognized that dogs are personal property, the judge further held Louisville’s seizure bond requirement as an unconstitutional violation of procedural due process rules. This requirement, which required anyone accused of animal cruelty to post bond for the care of their seized animals, would have resulted in the forfeiture of animals if they were not able to pay for the bond regardless of whether or not they were later determined to be innocent.

“We congratulate the Louisville Kennel Club and their co-plaintiffs on their leadership in opposing the Louisville ordinance,” said Dennis Sprung, President and CEO of the American Kennel Club. “We are confident that this decision will encourage communities to consider the interests of responsible dog breeders and owners when making changes to their animal ordinances.”

Is the debate over pets as personal property (worth only their actual assessed value) over?  Not exactly.  In 2013 the Texas High Court found that pets are property, reversing a state Appellate Court ruling that would have awarded owners emotional damages for the loss of their dog.

Our staff is researching and contacting top attorneys in the dog world.  By June 2016 we hope to bring you some definitive answers but with the caveat that state laws differ and you should always seek legal counsel in your state.

In the meantime, see how Animal Rights influence local governments as revealed in Man Bites Dog, A landmark Federal Court ruling in Kentucky; AR Terrorists Lose Appeal, followed by AR Terrorism which is a stunning first-person account of armed break-in and the resulting federal suit, and last but not least; Breeders Damaged by Animal Rightist Groups Actions!