Has a family member (including your dog) suffered post-vaccination immune system or brain damage which we now know can include Autism?  If so, read this! 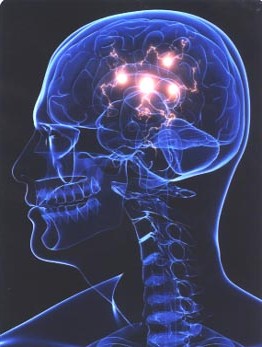 In May of 2013 we told you about a Polish study that listed these adverse effects to the human central nervous system which can occur shortly after vaccination: encephalopathy (disease, damage, or malfunction of the brain), febrile convulsions & non-febrile convulsions (not marked by fever), paralytic poliomyelitis caused by vaccine virus (self-defining) encephalitis (brain inflammation caused by infection or allergic reaction), meningitis (inflammation of the brain and spinal cord membranes) Guillain-Barré syndrome (serious autoimmune disorder of the peripheral nervous system).

To that list, add autism, as charged by Florida Congressman Bill Posey who spoke before the House August 2015, again urging Representatives to investigate charges that the CDC covered up data which would have blown the lid off the childhood vaccine-autism statistics, particularly in black children who may be more suseptible.

Vaccine-induced damage to the brain and central nervous system isn't openly acknowledged in human medicine and will be hard to prove in veterinary medicine.  Nonetheless, by 2018 parents and pet owners are realizing that human and canine immune systems are dangerously challenged by the ever-increasing barrage of childhood vaccines and puppy shots.

The Polish study says “postvaccinal complications among children can be observed” and mincing no words, doctors state that the damages “are disproportionate to the benefits of vaccination in the elimination of dangerous diseases in childhood.”  On the adverse effects of current vaccine protocol, the Polish study reveals "...it is not reasonable to assume that manipulation of the immune system through an increasing number of vaccinations during critical periods of brain development will not result in adverse neuro-developmental outcomes.”

It appears that doctors worry much less about political correctness and pharmaceutical funding in Poland.

In a jaw-dropping interview FDA’s own Senior Drug Safety researcher explained that the FDA’s mandate is “efficacy” not safety. Dr. David Graham revealed that FDA approval guarantees that new drugs (and vaccines?) are only weighed against whether they are more effective than a placebo. Period.

The bottom line (pun intended) is that no one is doing an effective job of protecting us from risky prescription drugs or vaccines so you can be sure that safety in veterinary vaccines is not an FDA mandate.  Such is the power of the pharmaceutical companies. Even the most skeptical can glean convincing examples of ineffective and/or potentially dangerous vaccines.

2013 Google returns include: “This season's flu vaccine was almost completely ineffective in people over 65” and USA Today reports “CDC admits to flu vaccine’s ineffectiveness as huge influx of flu victims fills hospitals across the country”.

Will there ever be a U.S. study on the risk vs. efficacy of veterinary vaccines? Don’t hold your breath. A study to connect animal vaccines and neurological damage is unlikely to find funding. With but few exceptions, medical studies are funded by the pharmaceutical companies who have a vested interest in the outcome. The vaccine and drug makers are seeking FDA approval, not red flags. 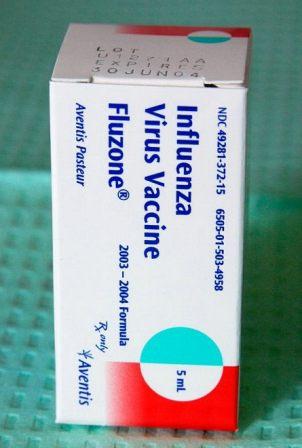 Congress To Study Vaccine-induced Autism? Unlikely!  In 2013 Bill Posey (R-FL) introduced a bill requiring a study of the autism rate in vaccinated vs. unvaccinated children. Rep. Darryl Issa (R-Calif.), chair of the House Oversight & Government Reform Committee asked “Does autism in history predate vaccines?” But getting the truth about vaccines and deadly prescription drugs {1} isn’t easy. Our leaders are up against giant opponents when it comes to protecting human health and even more so when it comes to veterinary medicine and animal health.

Rep. Dennis Kucinich (D-Ohio) revealed an industry-protective provision snuck into a Homeland Security conference report. He explained that pharmaceutical companies such as Eli Lilly, once a manufacturer of the mercury-based vaccine preservative Thimerosal, give millions of dollars to affect the outcome of elections.

Deceased Senator Ted Kennedy (D-MA) fought diligently against mercury in vaccines. In a tragic twist, Beltway insiders point out that he died in 2009 from a brain tumor, often associated with vaccine damage to the brain.  In 2014 Robert Kennedy Jr. met with Sen. Barbara Milkulski and Health and Human Services officials "about childhood vaccines and autism."  The Kennedy’s battle against mercury-contaminated vaccine and their failure to move a corrupt Congress to protect the health of American children is legendary.

Pharmaceutical companies mount a concerted effort to debunk the scientific studies on mercury in vaccines. Example, a Wikipedia contributor states “The thiomersal controversy describes claims that vaccines containing the mercury-based preservative thiomersal contribute to the development of autism and other brain development disorders” and then goes on to refute the overwhelming evidence.  Paid vaccine supporters do their dirty job in the media and internet.

This election season we must demand that politicians protect us and our pets from unsafe vaccines and overuse of veterinary vaccines.  Today both parties have heroes that are looking at vaccine safety. It is up to you, the VOTER to become involved online and in your community.  Demand that the Centers For Disease Control control and prevent Vaccine Induced Disease (VID). The government funded agency is supposed to identify, prevent, and contain the spread of disease in the U.S. That includes vaccine induced disease, so rampant that it earned its own acronym!  Your tax dollars are a pittance of support compared to pharmaceutical $$$ and influence but your vote matters in 2016!

If anyone in your family suffers from autism or neurological problems, or your dog is having cognitive or training problems, in your search engine, type "TheDogPlace.org Vaccines" or click SendTo below to pass this article along to others.

Together we can protect our children and pets by inoculating everyone with knowledge about Vaccine Damage!