Why the rabies vaccine waiver probably does not apply to your dog even though top veterinarians warn about adverse reactions and the CDC says we're rabies-free. 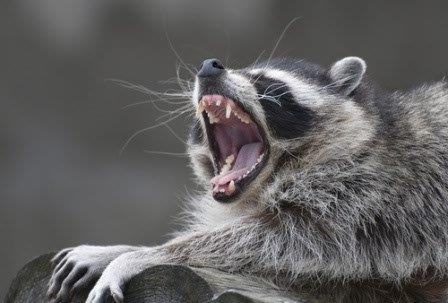 First, such a small percentage of dog owners are able to make use of the rabies shot waiver as to make it virtually invalid to any segment of the population EXCEPT RESEARCH LABS.  A little detail they weren't disclosing. Vaccinated dogs may not be suitable for health-related research.

While you’re chewing on that implication, consider this: the CDC declared the U.S. free of rabies back in 2007.  See {1} below. Veterinary associations and public health officials have a duty to protect humans and animals. That they sometimes do more harm than good, as in Gardasil vaccine {1} for children (including boys!) is not going to protect your or your dogs from vaccinosis.

Distemper, parvo, hepatitis and other vaccines have been declared a Godsend to dog breeders but how often do these diseases occur in the wild? More on that another time.  The issue here is that rabies vaccine has never been proven to protect more dogs than it harms through adverse reactions, sub-clinical health problems, and overt immune system damage. In fact, with no research facts to demonstrate the incidence of rabies in the unvaccinated population, we can only assume it must not run rampant or there would be no raccoons, foxes, wolves, etc. left alive… My guess is that it is tit-for-tat compared to the known adverse effects of rabies vaccine. {2}

Thankfully, more veterinarians are choosing truth over profit. No, a rabies shot doesn’t cost that much but the income generated by the legal requirement for a rabies shot is significant. Rare is the owner who doesn’t purchase something else while at the vet's office for the required rabies vaccine. Even more important however is the opportunity to diagnose any previously unsuspected health problem, so that trip to the vet for rabies shot could save your dog's life.  It is probably worth the risk of the vaccine.

On the other side of the coin is the fact that we can not know how many dogs or people would have contracted rabies if the shots weren’t mandatory.  What we are beginning to learn more about is the disastrous consequences of repeated rabies vaccine in dogs and cats. Thankfully, records and case histories are being compiled by conscientious veterinarians and may show cause to discontinue subjecting our pets to the rabies vaccine. 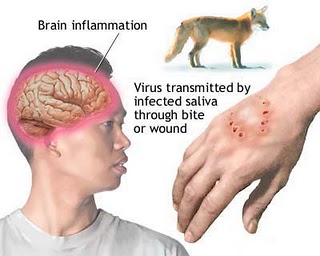 The Centers For Disease Control (CDC) records show 75 canine and 294 felines rabies cases in 2008; 81 canine and 300 feline in 2009. However… and this is confusing, in 2007 the United States was declared free of canine rabies virus.

CDC Director Dr. Julie Gerberding stated "The elimination of canine rabies in the United States represents one of the major public health success stories in the last 50 years." Reinforcing the CDC Director’s statement, Dr. Charles Rupprecht told Reuters in a telephone interview “Rabies evolves to match the animals it infects, and the strain most specific to dogs has not been seen anywhere in the United States since 2004.”

The American Veterinary Medical Association (AVMA) strongly supports the National Association of State Public Health Veterinarians' (NASPHV) recommendation that all dogs, cats, and ferrets should be vaccinated to protect against rabies infection. Rabies is almost always fatal in animals and humans; therefore vaccination is a critical step in protecting public health. However, AVMA recognizes some animals might require a waiver from rabies vaccination (form below) because the vaccination poses an unacceptably high risk to the health of the individual animal, and/or a waiver might be necessary for research purposes.

If adequate steps can be taken to minimize the chance of exposure to rabies virus, the AVMA recommends that such animals be granted a waiver from mandatory rabies vaccination, upon recommendation of a licensed veterinarian and with the concurrence of the appropriate public health authorities. The "Model Annual Rabies Vaccination Waiver Form" below may be used as a template for this purpose.

BUT - waivers should not be issued arbitrarily upon client request and should be based upon clinical evidence that the animal would be at considerable risk of being harmed by the vaccine because of a diagnosed medical condition. Modern killed virus or recombinant rabies vaccines have no risk of inducing rabies in the vaccinated animal and are NOT contraindicated in most immunocompromised animals. Advanced age of the animal or a desire on the part of the client or veterinarian to minimize the use of vaccinations (in the absence of a specific contraindication to vaccination) "should not be considered sufficient justification for issuing a rabies vaccination waiver." 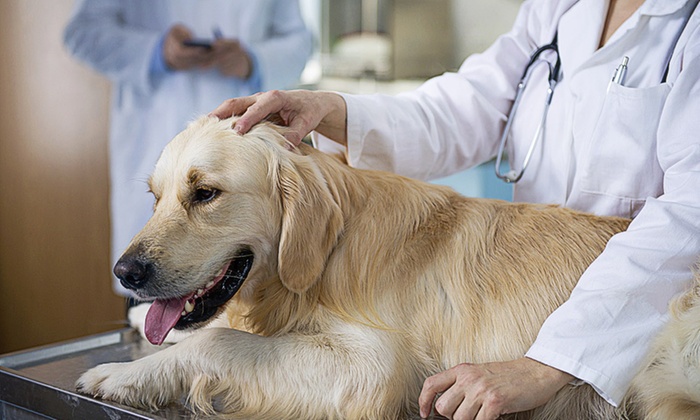 To ensure that the risk to both the individual animal and to public health is considered, a waiver of rabies vaccination should only be issued by a licensed veterinarian with a valid veterinarian-client-patient relationship with the animal.

After over a decade of lobbying by TheDogPlace.org, even the AMVA has agreed that a rabies re-vaccination waiver could be issued. The client must be informed that the rabies shot waiver only serves to allow the animal to be properly licensed in compliance with animal control regulations.

Here's the caveat.  In the event that the animal is involved in a potential rabies exposure incident, the animal should be considered unvaccinated against rabies for the purpose of appropriate public health regulations or when following the recommendations of the NASPHV Compendium of Animal Rabies Prevention and Control. All rabies vaccination waivers should be reconsidered at least yearly and, if appropriate, may be renewed on an annual basis following a reassessment of the animal's condition.

And more... Although the AVMA supports the existence of a process for issuing waivers of rabies vaccination requirements in every jurisdiction, this policy should not be construed as justification for failing to vaccinate animals for rabies in jurisdictions where such vaccination is required by law and no waiver or delay process exists. See below for printable Rabies Vaccination Waiver Form (PDF)

In other words, nearly 600 of them, you are unlikely to be granted an exemption to having your old, fragile, already immune-comprised, or pregnant dog exempted from the repeated rabies re-vaccination.