SPAY-NEUTER COST INFLATED BY SHELTERS OR PADDING THE BILL?

In 2009 the average stated shelter cost for spay or neuter was $600 but many veterinarians donate that service so is that just another donation scam? 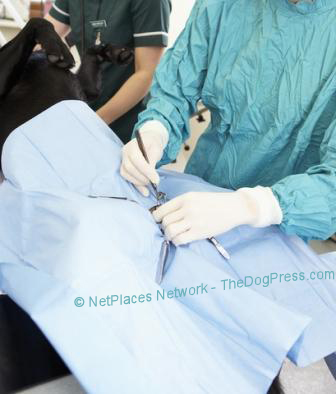 The Wisconsin state Assembly unanimously approved dog breeder regulations and while some shelters said neutering or spaying averages about $300-per-dog" others said "average is around $600 and really shoots up how much we spend before before adoption."

The latter statement indicates either excessive shelter salaries are factored into the grossly inflated figure or the shelter uses veterinarians who overcharge for spay and neuter surgery.  In private practice, vets must have overhead including malpractice insurance that don’t apply in shelter surgeries.

A quick survey revealed that most vets in fact do spay/neuter for less than $300 per dog in private practice.

How would she know which are which? She must have meant purebred dogs since strays are less likely to be purebreds.

One State Assembly recently voted 96-0 in favor of licensing and investigation of breeders who sell more than 25 dogs per year. Name withheld pending lawsuits in that state.  On the surface, that seems like a reasonable measure to regulate puppy mills which are said to be rampant in most states where rural land is still available.  Wisconsin was but one surprising example.

But if spay and neuter bills are only to reduce the stray dog population, why bring up the humane society’s costs for the health-impacting surgery? Why say that purebreds cost more to sterilize? That must be what she meant because puppy mills only breed marketable purebreds.  They don't breed mutts unless you count the new craze for "designer dogs."

Show and hobby breeders do not let their dogs stray (!) and most breeders screen owners and many require pet buyers to spay and neuter. Yet several proposed spay-neuter bills would put responsible breeders under state control if during any year, breeders of large-breed/large-litter dogs have more than three litters.

Is mandatory spay and neuter about sales competition?

Show and hobby breeders compete with human society shelters for sales/adoption fees.  Is that why humane societies drive up spay and neuter cost by mandating all adopted pets must be spayed and neutered?

Do you want your tax dollars or donations used to pay exorbitant spay and neuter costs or shelter salaries?

Humane societies and shelters used to run low-cost spay and neuter programs. Some still do. Those inexpensive sterilization clinics so dramatically reduced the number of stray and unwanted dogs that many shelters ran out of cute, adoptable puppies. That reduces income from adoption fees so they import dogs from other shelters and even from other countries! {1}  Those practices run up the cost of each puppy that goes out the door so adoption fees are raised.  In fact many shelters charge "adoption" fees greater than the purchase price show or hobby breeders charge for a purebred puppy!

Adoption fees may not include the cost of spay and neuter.  Some offer vouchers buyers can use at local vets.  Make no mistake, we need shelters and local humane societies. No animal lover wants to see them shut down but on the other hand, no breeder wants to be regulated by the humane society’s political influence. When purebred dog and cat breeders are forced to compete with tax-payer funded shelters, it borders on commerce regulation violations. 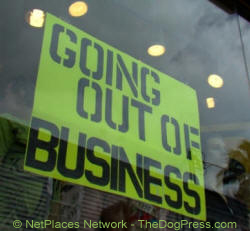 Spay and neuter as an economic issue.

Intended or not, the spay/neuter campaign hurts breeder sales. In some states, vets are charging huge fees to spay a dog whereas only a few years ago, spay surgery was routinely done for well under $200 and neutering was often half that.

Prospective pet owners may not be able to afford spay or neuter surgery on top of the cost of a purebred pet and are therefore forced to go to a shelter to adopt an animal already spayed or one that comes with a neutering rebate.

Unfair competition mandated by local politicians who pass mandatory spay/neuter laws?  Do they get a kick-back?  Do they own a vet clinic?  Check them out.

Shelters depend on strays and turn-ins to stay in business but when they become a for-profit business, shelters should not receive tax-payer dollars! Most local humane societies do receive city or county funding on top of the adoption fees and donations received.  Shelters should serve animals based on donations that animal lovers have always provided.

It is morally wrong for any shelter or humane society to legislate purebred dog breeders out of “business.” It is wrong to utilize tax-payer money and breeder donations to destroy competition or artificially inflate costs for spay and neuter which is actually a quick, easy surgery a good veterinarian masters in the first year of vet school.

If this strikes you as corrupt or unfair, contact your local government and explore any affiliation with the shelter and/or the Humane Society of the U.S. or any other "animal rights" group.

Reference & Related Article and Information, dig for gold below

Cruelty Of Castration, is the health problems caused by loss of hormones.