You have seen movies and TV shows about hero dogs like Lassie, Bullet, and Rin-Tin-Tin but this little dog is a modern day canine hero that saved his owner. 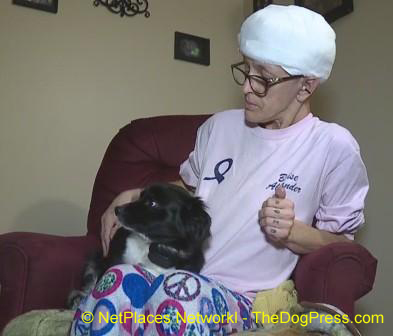 But how much of that canine bravery is showmanship and imagination on the part of the producers or and movie-makers? Take it from an old dog-trainer (me) that such exploits as you may have seen on the silver screen represent realities that are somewhere between fiction and training.

In December 2019 a 51 year old Pennsylvania woman survived a bear attack when her little Chihuahua-mix dog attacked the bear, distracting it long enough to save the owner. The bear may have been nursing cubs but animal experts say the bears have become “overly tame because we feed them” and this she-bear expected food.

Melinda LeBarron was dragged nearly 80 yards, her little dog barking furiously, before the bear released her and went back into the trees. She credits her Chihuahua-mix dog with saving her life. While in hospital, unable to speak, she used a tablet to ask how her little dog was doing. Ms. LeBarron’s son Trent told reporters that his mother has broken bones, cuts and bruises and multiple bites and that the little dog, ironically named “Bear” saved her life.

As a show judge, I have travelled the world and have observed the dog-human coexistence in many forms: dog as merely a street scavenger, dog as hunting aid, as lapdog or hand-warming muff, dog as warm body so aboriginal children could sleep with some comfort, dog as burglar alarm, dog as food, and of course dog as co-worker in police, sheepherding, and such occupations.

Most dogs in “civilized” parts of the world function mainly as companion or pet. Even these may show signs of prehistoric domestication into “guard or alert” companions, and that is not limited to such as Rotties and GSDs. It doesn’t surprise me that this 51 year old woman survived a bear attack when her little Chihuahua-mix went for the bear, distracting it long enough to save its owner.

Now, of course, most of us have seen plenty of “courageous” (or annoying?) little ankle-biters that you could stop by using a fly-swatter. But to be effective and reliable, such pack-member traits need to be developed. Whether training for bear-hunting, police work, courage testing in sports, or effective personal or home protection, you need to go beyond natural instincts. Confidence and skill need to be gradually built up, making sure the dog always wins, so that when the real test comes, it will be effective and reliable. 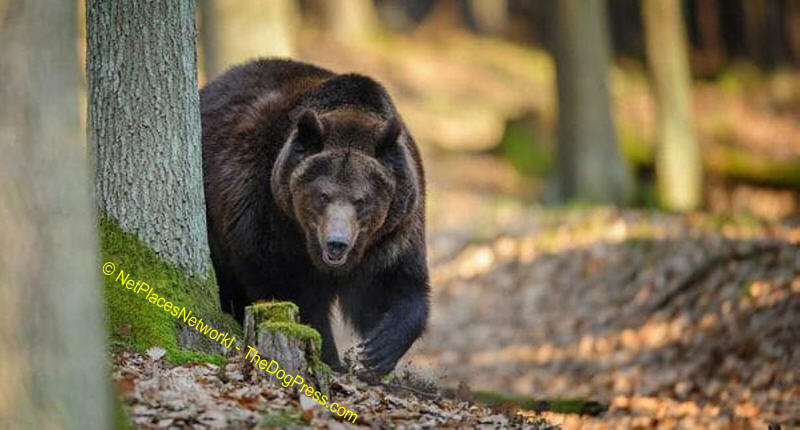 Bears learn the same way dogs do. Except for polar bears, grizzlies, and momma bears with cubs, wild bears try to avoid human contact. Brown Bears are known to lose much of that reticence, however, if they are rewarded for boldness (such as your feeding them by leaving edibles in your curbside garbage or in the bird feeder). Same for raccoons, rats, and other less dangerous but annoying critters.

We in northern Alabama have been seeing more and more bears along with raccoons, rats, and other less dangerous critters. The more they are fed (garbage, bird feeders, food left out for cats, etc.), the bolder they get and the more of a problem they will be in regard to destruction of property and danger of bites to people, pets, and livestock.

Just as boldness (and therefore danger) increases when you “teach” bears to come to your backyard cafeteria, boldness in dogs can be (or sometimes should be) taught. How well you teach self-confidence will be reflected in your dog’s performance and reliability.