Dog got the flu? You need to know about the January Florida Show Circuit when UFL was researching canine flu; now there's circovirus and a bevy of viral infections... 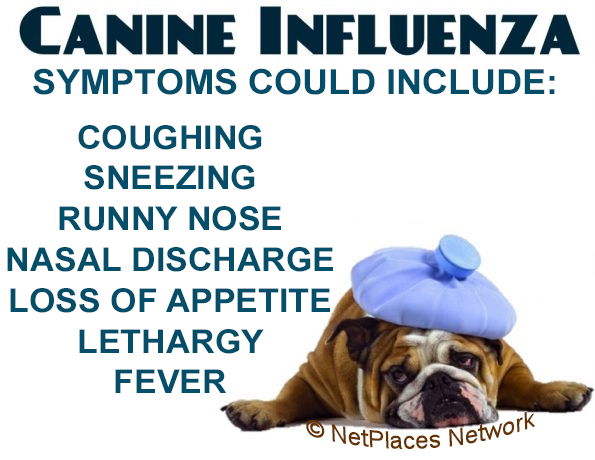 TheDogPlace.org broke the "dog flu" news in January 2005 and today it's all over the internet but here's what it means to you and why that show circuit served as a warning about vaccines, human and animal.

It was called "dog show crud" because it was unlike anything anyone had ever experienced. The following excerpts ran in TheDogPlace.org. "Symptoms, diagnosis and treatment are unconfirmed as it is so new in dogs and hits humans equally as hard...

Due to the rapid, virulent onset, 'dog show crud' was diagnosed as a virus when it first broke on the January Florida show circuit which attracts dogs from Maine to California."

"But even then, savvy dog owners knew it didn't fit the pattern of a virus and in fact, quick treatment for bacteria stopped the diarrhea. Antibiotics should have no effect on a virus.  By the end of the show circuit, it was over although few escaped "the dog show crud."

In retrospect, "The Crud" was a short-lived organism. Some say it was engineered that way and that the cross section of dogs (and perhaps, unintentionally, people) at the show grounds presented opportunity for a large scale experimental field test of a virus under development. By September 2005 the Florida Dept. Of Agriculture veterinarians released a statement about a new virus "known as canine influenza."

The good news took four years but sure enough, a "canine flu vaccine" was perfected and released in June 2009.  The University Of Florida (UFL) College of Veterinary Medicine (Gainesville) had worked with pharmaceutical developer Intervet/Schering-Plough on a consultant basis to construct the vaccine. In June 2010, the pharmaceutical giant received USDA license for the canine influenza (flu) vaccine trademarked Novibac®.

The University of Florida praised Cynda Crawford, DVM as co-discoverer of the dog flu virus. She and collaborators from UNF, Cornell University and the CDC determined the previously unknown "canine influenza virus (CIV) was the cause of respiratory infections in Florida's large racing greyhounds population in 2004.

As a native Floridian who lived in the racing greyhound capitol of the world at the time and who wrote for multiple national dog publications, that was news to me. i.e. We refer you to this Oct. 2010 veterinary release regarding those same racing greyhounds:  “The Canine Influenza is a first time recorded entire genome jump of the Equine Influenza to the dogs (canines) and both were created by man."

Oh well, the whole shebaggle was good news for UNF, the pharmaceutical companies, dog owners, and veterinarians... Not so good for the dogs.“Virtually every dog exposed will become infected,” said Florida University spokesperson Cynda Crawford, DVM. “Fortunately, just like with people, the vast majority of dogs will recover without any complications.” 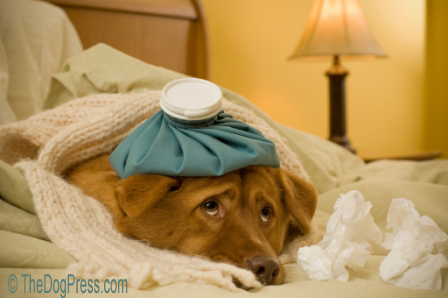 We note this observation by an internationally respected veterinarian  “It (canine flu) is a modified live version and the viruses get sprayed out into the environment that is shared with racing greyhounds.  Thanks to the use of the horse vaccine, the dogs now suffer this virus.  Canine flu is very lethal as these viruses always are once they start to be accommodated into another host.  It takes a while for that next host to develop immune response against the new virus.” ~ Patricia Jordan, DVM, VND, CVA, CTCVM & Herbology

That was only the beginning. Take a deep breath and continue.  It is a lot to absorb but for your dogs, your children, and your own health, you need to know... Buried in a UFL news release was a profound statement "The resulting canine influenza virus (CIV) is a new respiratory pathogen in dogs. This is another instance of mammal-to-mammal transmission of influenza-A viruses, which was previously thought to occur only between pigs and people."

So why was there no speculation on the origin of something so extraordinary? Species jumping is so rare that, according to Dr. Crawford, it actually became "a “trademark of the influenza virus” stating the canine flu itself would be “subject to mutation” which leaves the door open to yet-to-be seen but sure-to-happen new viral epidemics. At the time of the UNF release, America had just suffered the June 2009 outbreak of swine flu, the H1N1/09 virus, so serious and so wide-spread that it was termed "pandemic" by the World Health Organization.

Dr. Crawford pointedly did not mention swine flu as an example of species-jumping even though it was in every medical or veterinary person's mind. More than a few researchers believe there was a connection between swine flu and the 2005 zoonotic outbreak of "dog show crud."

“Virtually every dog exposed will become infected,” said Florida University spokesperson Cynda Crawford, DVM. “Fortunately, just like with people, the vast majority of dogs will recover without any complications.” She advised “We need to decrease the infection and increase community immunity. Vaccination is the way to achieve both.”

Regarding Canine Influenza and Zoonosis, the September 7, 2009 Influenza update{5} from the American Veterinary Medical Association contradicts Cynda Crawford, DVM stating “CIV represents a very rare event in adaptive evolution; the entire genome of the H3N8 equine influenza virus was transferred to dogs, and the virus adapted to the canine species to emerge as a new canine-specific virus.1 Although the virus spreads readily from dog to dog, there is no evidence to support that it can be transmitted from dogs to humans.” 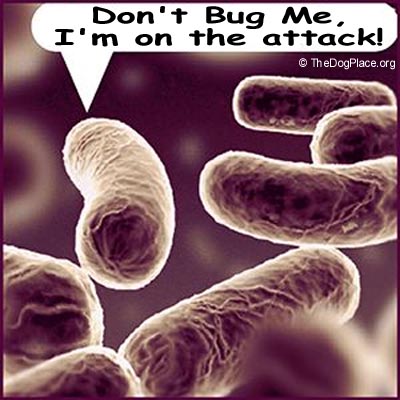 The vets interviewed in 2005 felt that the dog show virus was not a normal virus. In fact, many observed that all evidence pointed to a bacterial infection because it could be reversed within a day if treated with antibiotics. The consensus was that it resembled a combination of virus and bacteria hitting simultaneously.

That was before we knew of the ongoing research to perfect biological weapons and develop new viral strains.  We were told the Canine Influenza Virus was a natural "thing" that mutated. We have since leaned that despite treaties, germ warfare and biological weapons research continued. ref #6

Sites such as this one have become a repository for history as it happens. The matter of Canine Influenza proves that even your own trusted vet can be misdirected or poorly informed.

One prominent veterinarian nailed it. "Bacteria, virus or a combination of both, older dogs, and dogs with weaker immune systems are at special risk. Dr. Cash reports that so far, “the "canine flu" virus has been restricted to canines but if contracted by humans it could manifest as a stomach virus." (Note that a majority of exhibitors at Lakeland and Tampa suffered severe diarrhea, dehydration, and loss of appetite as did our dogs). “Whether human or canine, immediate treatment is needed, particularly rehydration and antibiotics because those dogs went down quickly.” 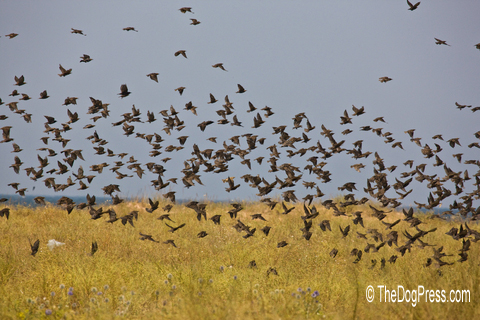 In 2005 people speculated the weird "crud" was connected to the bird flu from Asia. In talking to people coast to coast and even abroad, there does seem to be a connection between "canine flu" and the 2005-06 human-susceptible Avian flu.  One vet quipped “Perhaps canine flu, which jumped the species barrier from human to canine, jumped backwards to birds.”

Avian Flu (H5N1) or Bird Flu flew across the U.S. in 1997 and again in 2003 in a form never before diagnosed. Swine Flu (H1N1) skipped back and forth from pigs to humans in 2009 and 2010.  The list of species-hopping viruses is getting longer and zoonotic disease (i.e. transferring from animals to human) is no longer uncommon.

Quoting from my 2005 canine newspaper column. “My own dogs responded to a powerful anti-bacterial. (ANTIBIOTICS DO NOT WORK ON A VIRUS.) Dia-Bac, which comes in gel or capsule form, was like a miracle – stopped the bloody diarrhea cold. No more straining. The stools returned to normal color and consistency within 24 hours after treatment which included a sub-Q Ringers bolus.

“Others reported success with drugs such as Clavamox, Keflex, Amoxy, Baytril, all of which usually require a week to ten days. Interesting however, most dogs treated for bacterial-intestinal infection recovered quickly, some were said to have recovered "spontaneously" which is considered untypical. My own dogs turned the corner within hours and by the next day, were eating well, playing, and no diarrhea! Whatever dog show crud was, viral or bacterial, it was something we all agree is brand new but thankfully short lived. It is like a hot virus that somehow responds immediately to antibiotic therapy. Makes no sense.”

By the way, the best disinfectant is still 30 seconds of good old fashioned pure soap (not detergent) or chlorine bleach. Skip the nicely packaged “hand soaps” and fancy disinfectants. And here's what the pros recommend. Spray x-pens with a 10% Clorox solution or using a plastic tub and a small push broom, wash down mats with soapy water.