How will people with purebred pets and registered livestock be impacted by this massive influx of people who bring new diseases to America?

When my daughter posed that question, I paused the TV. She handed me her tablet, pointing to a news clip her friend had sent. Indignant she demanded “What about the diseases they bring?? How can we be so politically correct and kind but at such risk and expense to our own families?” I read the clipping, flashed on mental picture of sickbay...

NY Times Feb. 2020 edition ~ “The SARS epidemic, also caused by a coronavirus, began in China with the consumption of a catlike animal called the palm civet. The MERS epidemic began with a coronavirus transmitted to humans from camels in the Middle East.”

So? We got SARS (Severe Acute Respiratory Syndrome) from a critter and MERS from camels? She nodded, flipped to a CDC clipping “Jan 7, 2020 - MERS-CoV is transmitted sporadically from dromedary camels to humans…”  I looked up at her, laughed. We both knew that none of that was ever proven but it does call the question of COVID-19 and its effect on most of the western world. The similarities are all too familiar.

Speculating aloud, I said “Does China have so many disease outbreaks because of overpopulation? Too many people in the big cities?”

She promptly replied “Maybe… that could be why Chinese herbal medicine was “the thing” before American pharmaceutical companies began to dominate the market.” I smiled. She keeps up with everything and forgets nothing.

Then she asked if I thought COVID-19 could have been caused by bats sold at a live animal food market? Before I could answer, she said “TheDogPress.com said there were no bat caves near that Wuhan market and later reported that there was a secret virology research laboratory there.”  As though to prove my thought about her memory she reminded me that in late May Secretary of State Mike Pompeo “backed President Trump's assertion that the coronavirus originated in a lab in Wuhan.”

I hid my smile and said that most people are too busy with careers or raising a family to speculate on what we’re spoon-fed by the media. I said General Flynn tried to warn us of the connection between Communist nations and jihadists in his 2016 Field Of Fight book.

She jumped on that like a cat on a mouse. “Yeah and I’ll bet that is why the government shut him up by charging him with making false statements to the FBI.” 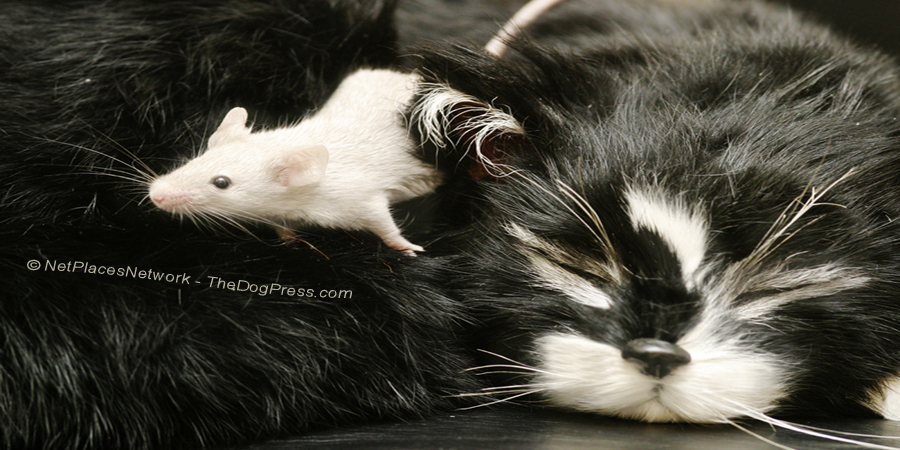 I stopped myself from going off about what they did to the General. Damn politicians who never served a day. I wondered aloud what "leader" removed Navy Capt. Crozier for trying to protect his men when coronavirus broke out on his ship?  She hadn't heard about that but she said what is happening to America’s leaders and to statues of our heroes is a planned attack.

I "observed" that I’m a trained spotter but any civilian should be able to see this on a moonless night! She laughed and then "observed" that we’ve had a lot of deadly diseases over the last century but that they didn’t cause anarchy. Picking up her device, my kid put together a modern-day list of significant virus outbreaks and their origin.

The Marburg Virus in 1967 started in Germany but was brought in by infected monkeys from Uganda. Marburg ripped again in 1999 in the Congo and then in 2005 in Angola with a mortality rate of over 70%.

She then said “Add the Ebola virus which had a death rate nearly as high” so I scribbled it on my TV guide as she talked to her phone again.

We learned that smallpox killed over 80% of the Native Americans when European explorers brought it to America. According to the CDC we have “eradicated it from the earth” but only after it killed 300 million people world-wide. She pointed out the irony, saying 300 million is the number of people the census bureau says are living in just the U.S. today! I nodded. Thoughtfully.

I pictured a million stray animals as I'd seen in India. Thankfully, she interrupted my unsavory thought, saying “This site says there are over 70 million stray animals in the U.S. but I don’t get how they calculate that because right here, the Humane Society says ‘only about six to eight million cats and dogs enter the nation's 3,500 shelters every year’ So how do they come up with numbers?”

I agreed that was “evidence” I’d never base a game plan on. She shook her head in the negative but I knew what she meant. Plopping down on the sofa, arms across her now-adult chest, she said “Daddy I don’t know which is worse, all the dogs they are ‘rescuing’ from other countries or the flood of people we’re letting in today.”

“Did you know they are flying dogs in from countries I can’t find on a map? I just heard about that from my friend in Canada!” I raised both eyebrows. “She said it was to keep them from being killed for food…” her voice trailed off and I knew she was seeing mental images.

I stood up, prodded her lightly and said “Let’s make some coffee…”