I cannot imagine life without a canine companion and during my near-fatal illness it became apparent that dog therapy comes in many shapes and sizes. 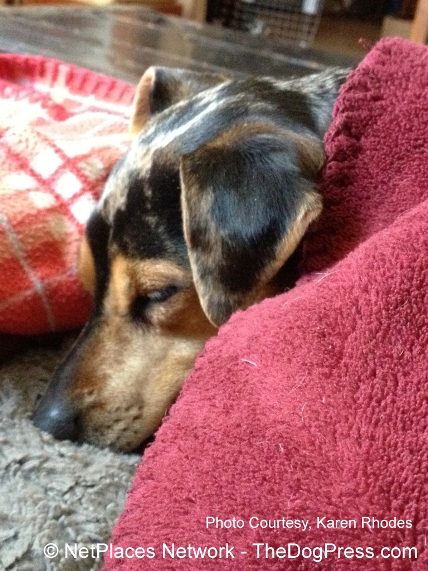 My dogs have seen me though some of the most difficult circumstances life can throw at you. Through it all, their wagging tails, healing spirit, and unconditional love has seen us all through the tough times. My little Ziva stayed next to me when I was critically ill and she was as comforting as the pain meds.

Most of my life has been shared with large dogs but now as I am older, I find just as much joy with my smaller friends. I once thought of small dogs as “ankle biters”, not “real dogs”, somewhat inferior to the German Shepherd’s, Chinese Shar-Pei and Doberman Pinschers I was accustomed to.

You too would feel safer when walking a huge specimen of canine charisma in a city where predation was prevalent. To me a large dog meant big armfuls of love but also security-not many people wanted to invade the space of a dog whose size was so intimidating. Looking back, I see my attitude about the smaller dogs was from my parents who made fun of Grandmother’s Chihuahua, her Boston Terrier and small bulldog. Even so, I must have inherited her love for dogs of all sizes and shapes.

A lifetime later I adopted a Miniature Dachshund for myself and my son. We still had Geisha, our family Shar-Pei, a wiggly, squiggly happy matron who adoringly welcomed in the new long and low buddy as if they were lifelong friends. I was surprised and delighted by the success of the girls bonding to each other so easily and by little Florence’s sparkling personality.

As time went on my Father became Florence’s favorite visitor and he was as infatuated with this little stick of dynamite as he was with his own Doberman. Florence wanted to go everywhere, riding, walking in the woods, hunting, shopping, and exploring, you name it and because of her size it was easy for her to tag along. The little Dachshund did not intimidate people, unless she wanted to put you on her “un-friend” list.

She was alert to noises and could raise the dead if she felt an intruder was on her turf. 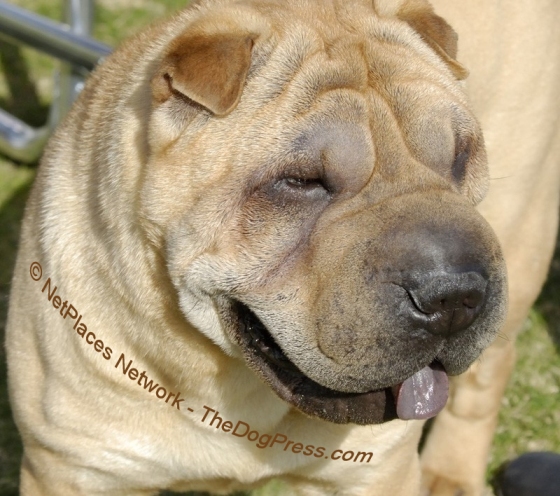 Florence was devastated when at 13 years, Geisha, my Shar-Pei, passed away. The normally exuberant Doxie was in mourning for weeks, as were we. Finally, when I got a Great Dane puppy, the two got along like two peas in a pod with never a cross word between them.

My last large dog was another Great Dane, a beautiful bitch who accepted a lovely Miniature Pinscher eventually I brought home. Again, large and small, but they bonded tightly. They shared everything, from raising hell together to playing crazily with all their toys, balls, sticks and any item of interest they considered theirs. We were devastated when our big baby was diagnosed with terminal cancer at eight years old. I knew the larger breeds dogs do not live as long as smaller dogs but it was no easier to accept.

As my large dog was dying I too was having significant health issues. As I was loading my precious Great Dane in the vehicle for a vet visit, I realized it really hurt me to lift her. On the way to the veterinarian I broke down in tears because I was not strong enough to carry my dear buddy anymore.

During and following a liver transplant it became obvious to me that in order to have dogs they would have to be small dogs. Indeed, they had just as much spirit, protective intuition, power and personality as their larger “siblings.” So now I have three small dogs, a Min-Pin, and two lovely Toy Fox Terriers but what I want to stress is that after the liver transplant, my health improved “miraculously” according to my doctors. I KNOW I’m statistically very very lucky but I also KNOW that I am living proof that what they say about dogs “healing” is true.

Now, as we go on adventures together, the dogs travel at my pace and the world is our oyster. Raised and trained as a regular sized dog, without misbehavior being excused for their lack of size, these pint sized pistols have talent on the agility equipment, BIG presence in the show ring, huge hearts full of love, and powerful personality in packable portability.

There are some differences in caring for smaller sized dogs. Potential exposure to predators such as coyotes, eagles, hawks, owls, foxes, and other larger flesh eaters need to be avoided at all costs. Little children and big dogs cannot be allowed to treat small dogs as toys. Overfeeding small dogs is a horrible health hazard for them as obesity is the last thing a small dog needs.

And lastly, small dogs don’t seem to know or care that they are smaller than others of their kind, so socialization is a priority BUT close monitoring of engagement with larger dogs is especially important. Little dogs are known for challenging dogs much larger than themselves. Given simple factors of owner awareness, having small dogs can be a giant-sized delight.

I often wish people were more like dogs, positive and forgiving, ever helpful and caring. Oh, what a nicer place the world would be.