Modern medicine is incredible but excluding surgery, most cures are still based on plant extracts (herbs) to cure, control or prevent disease or health problems.

by NetPlaces Network Science & Advisory Board

Primitive Man became intelligent enough to observe the plants and substances that animals instinctively sought out for healing. Thus we learned to soak in clay pits and consume mineral water and use herbs to cure disease or heal injuries. 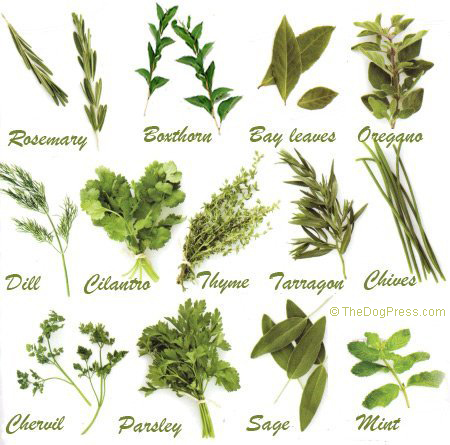 As our brains and intellect grew, we developed a wide array of medicinal techniques but even today, most medicines are extracted from plants (“herbals”) or clay compounds. Those natural substances are then manipulated through chemistry and composition so that they can be patented. That doesn’t make them heal any better, it just makes them “different” so they are considered a “product” that can protected under U.S. Patent laws.

Ayurveda is one of the world’s oldest systems of medicine, dating back to 6,000 BC. The practice has survived because it works, especially in veterinary medicine which is based on tangible results. All would agree, there is no power of suggestion in animal medicine.

In about 4000 BC, Salihotra, considered an animal healer, wrote Ayurveda Materia Medica in Veterinary Medicine and by 1463 BC the first recorded veterinary hospital was created using Ayurvedic botanicals.

Ayurveda is believed to have originated in India but many Ayurvedic practices such as yoga and meditation are popular in the United States. Ayurvedic herbs have also gained a strong following because they are extremely effective and largely non-harmful, something which cannot be said of prescription medications.

Ayurvedic treatments involve the use of herbs, diet, and exercise individually “prescribed” instead of being a one-size-fits-all therapy. Can you imagine treatment based on the individual’s particular makeup in today’s factory-medicine? While it may be harder for a veterinarian to assess your dog's personality characteristics and type, those trained in the practice can do so.  And the good thing about treatment is that correctly done, it is quiet safe.

Ayurvedic herbs are well researched and backed by clinical trials. As a result, medical doctors who were not supported and educated by the pharmaceutical industry{1} are now using them in standard practice and nutritional formulas. Here are examples that may surprise you.

Ginger is used by cooks around the world because of its sharply sweet flavor but ginger’s primary use in Ayurvedic medicine is to improve circulation and digestion, warm the body, and prevent or lessen nausea. Ginger also has powerful anti-inflammatory and anti-cancerous properties.

Turmeric is known as the golden spice because of its active component, curcumin. We love the taste of turmeric but it is also used medically because of its anti-inflammatory and anti-cancerous properties.

Dr. Julian Whitaker is a preeminent health authority, traditionally trained and with an established practice. He is known for his open-minded approach to traditional medicine. He says “I have always been intrigued by India’s lower incidence of Alzheimer’s disease, which is believed to be due, at least in part to their turmeric rich diet.” Inflammation is known to be a factor in Alzheimer’s disease and some other brain disorders, so it makes sense that anything that reduces inflammation would be of great benefit.

Ashwagandha, (Indian Ginseng) has been used in Ayurvedic medicine for over 2,000 years. A powerful adaptogenic herb, it is known for balancing thyroid hormones, something as troublesome in humans as it is in domestic canines. Ashwaganda relieves joint pain in people and pets and lowers human cortisol levels.

But for busy, stressed out Westerners, sitting still long enough to practice such “Eastern” mind and body therapies isn't easy. We always look for quick, simple solutions, even in veterinary medicine.  That said, for both ourselves and our dogs, the answer may be found in Ayurvedic herbs.