Dog shows and entries are in deadly decline due to corruption such as this real-life judging panel report. Your survey comments invited below follow-up results. 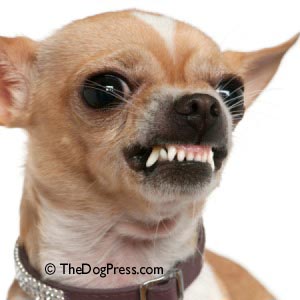 Every weekend, a new dog show story is born. Some are hilarious but with each passing year, many revolve around bad judging. This one was different because the results of alleged crooked judging was reported in advance and that set our teeth on edge!

Some people have an elevated view. Like forest rangers on a tower, when they see smoke, they report a fire.

Such was the case when we received word that Olympia Kennel Club had hired Joseph Joly lll and Ray Swidersky to judge Toy Fox Terriers, Toy Group, and Best In Show.  The caller alleged a friendly connection between Dana Plonkey and Olympia Kennel Club members.

Coincidentally (?) Joe Jolly was said to be judging the 2012 Toy Fox Terrier National Specialty.  Infodog records indicate that did not happen and in fact, his judging assignments plummeted after this report was released.

The inbox lit up again when it was learned that, due to illness, Mr. Swidersky was replaced by Roger Pritchard, President of the Toy Fox Terrier club.  Right, the same club president who was sued by a judge/club member for $1.8 million. (see link below)

Red flags were already waving but when judge Swidersky was replaced by Roger Pritchard, we decided to cover the story.  Toy Fox Terrier exhibitors say that judge Roger Pritchard and Toy Fox Terrier breeder Dana Plonkey are very good friends.  Indeed, online win records confirm that Plonkey does very well under Pritchard with all of the various toy breeds he owns and handles.

Dana Plonkey is himself an AKC approved judge for all Toy Breeds and BIS.  He and Roger Pritchard often serve on the same panel or alternatively, Plonkey shows under Pritchard.  As rumors of the insidious connection spread, our offices were inundated with predictions of perfidy.

The predictions came true, with a bonus!  Sure enough, most of the Toy Fox Terrier entry was bred and/or owned by Dana Plonkey.  Results for both days are as follows:

Winners Dog: bred and owned by Plonkey and Dorothy Kendall.

Kendall was a short-term  Secretary of the American Toy Fox Terrier Club of which Roger Pritchard had been President until he and AKC were sued (link above).

Winner’s Bitch and BOS: bred and co-owned by Dana Plonkey.

Best Of Breed Dog: bred and owned by Dana Plonkey and Lynn McKee.

(and co-owned by Michelle Starry).  Toy Fox Terrier observers stipulated the dog hasn’t had any previous notable wins nor was he ranked in the Top 10 breed stats during 2010 or 2011.

Best In Show Both Days: The Toy Fox Terrier.

Sure enough, as predicted, the Toy Fox Terrier went Best In Show both days.  Those results do NOT indicate a lack of quality in Group or BIS rings at the Olympia Kennel Club dog show.

Here's how the judging panel was arranged:

As of May 2015 judging assignments for Plonkey, Pritchard, and Joly indicate an abrupt decline since 2011.  So in that regard, exposure of judging panel setups and/or individual examples of corrupt judging can help clean up the sport.

But what else can be done to bring discouraged exhibitors back to the rings? The sport of purebred dogs is in serious decline as 2015 statistics begin to emerge. AKC says it is the economy.  Exhibitors say otherwise.  We can't force a correction in the economy but we can confront blatant judging corruption.  Our Breeder-Readers say that is the reason they have quit going to dog shows and even worse, many have thrown in the towel, leaving the future of well-bred purebreds in the hands of the puppy mills and backyard breeders.

RELATED TO THIS ARTICLE: club president sued by judge/club member for $1.8 million