Can dogs perceive the future? Scientists say no but here are documented cases of ESP and we invite your witnessed example, tell us below!

We are collecting credible accounts (and 10 to 30 second videos) of this canine phenomenon. Something other than home security cameras showing a dog knows when the owner is on the way home. Tell us other ways dogs perceive the future!

First let us define precognition as opposed to reaction or habit. Many owners report their horse starts grazing towards the barn when feeding time approaches. Dairy operators say the same thing. That proves animals associate the time of day with a future event! We dismiss it as “telling time” which only proves that WE missed the point… Among the best-known examples of extra-sensory perception (ESP) are cases where dogs have found their family that moved away. Devoted dogs, selfish self-centered humans... 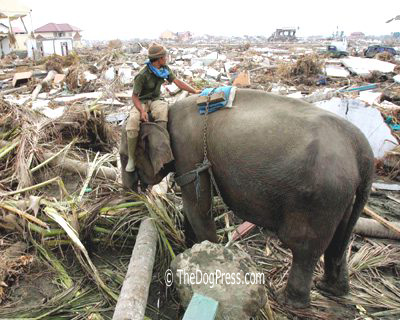 Then there’s this. Ethologists, (those who study animals) have repeatedly documented that elephants “sense” when a local waterhole will go dry. What is really remarkable is that when earth’s largest and most intelligent land animal begins a trek to another waterhole, notably dumb Wildebeests are smart enough to follow!

ESP. Precognition. Elephants can “see” into the future as was also evidenced when the tsunami hit Indonesia in 2004. NatGeo reported the elephants "ran for higher ground." Those work elephants instinctively (!) knew minutes before the tsunami hit shore. You might say no big deal, with those big ears they heard it coming... But then explain why they hurried back down the mountain to begin the rescue and cleanup work.  Is it possible the elephants not only "knew" they were needed but that they responded? Is there any other explanation? No.

Most dogs are “tuned in” to extra sensory perception – it is the owners who fail to recognize their amazing “psychic” abilities, thereby missing opportunity to explore their own ESP abilities! You think about going to the grocery store and while debating the time, you're distracted by the dog staring at you, tail waving, questioning… You don’t associate it with anything but unconsciously you make the decision to “go” and before you can pick up the car keys or in any way signify your intent, you dog puts on a happy face, tail wagging vigorously, and heads to the door saying “C’mon, hurry up, let’s go!”

Did you ever think about giving your dog a bath and then wonder why you can’t find him? You shrug it off, subconsciously uncomfortable with the significance of the “coincidence.”

Do you have an example of precognition that others have witnessed? 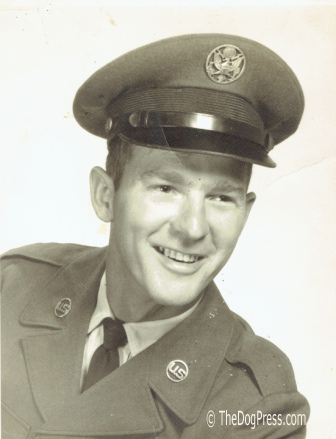 Hal Gantt, proud USAF and USN veteran, shared this unusual example. “After military service, in the early 1980’s I became a NC Dept. of Corrections officer. I had a mixed-breed mostly Airedale named Claxter, or maybe he had me. Among my duties was supervising inmates in the dining hall. When through eating, inmates brought their trays to the dishwashing counter where one inmate ‘slopped’ the trays through a hole in the counter into a barrel. On the days when the entrée was a meat of which I knew there would be a considerable amount uneaten, I would provide a one gallon plastic can and offer the inmate who slopped the trays 50 cents to fill the can with meat scraps. Liver was the best meat and also the least desirable by the inmates. Although chicken bones are not recommended for dogs, I brought them home too and they never caused Ole Claxter any problems. I could almost hear him thinking, “these humans must be crazy, giving me the best parts of the chicken.”

“Of course he could smell the meat but it was his extra sensory perception that made him famous in the neighborhood. It was roughly the distance of two football fields to my home after I turned onto Tin Mine Road. Ole Claxter would always be there at the top of the hill to chase my car to the driveway when I had liver. If it wasn’t ESP, how did he know I was bringing liver that day?

“As well as I recall, he never met me at the top of the hill when I came home with cans of Alpo.”

Tam Cordingley was an AKC licensed professional handler and is a gifted trainer. We asked her about extrasensory perception in the canine.  In her typically succinct way, Tam replied “More currently my fifteen year old Smooth Fox Terrier, Belle, awakens, stretches, and goes to the door in advance of my return from any absence. She always knows and is never asleep when I come home.”

If you have a short example of canine precognition/ESP share it below!