Protecting the Criminal by Regulating the Innocent

Breed bans and breed-specific legislation challenge freedom of choice and the Constitutional Right of self-protection guaranteed to American citizens. 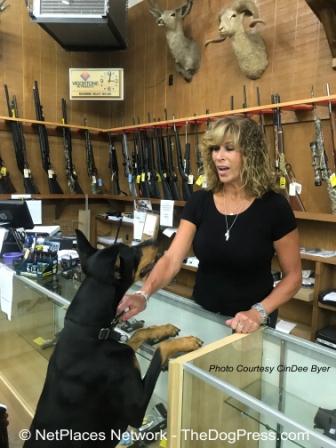 Today politicians debate rifles, yesterday it was handguns and the day before that was the Doberman Pinscher. With misinformed arguments, politicians, radicals and the less knowledgeable fight to ban what they say may harm us. However, in doing so they also attempt to ban that which protects us.

When the news outlets attach the word “violent” or “violence” to a breed of dog or a gun they, in the public’s eye, change its purpose. With the continual use of negative language, the audience is convinced. “Repeat a lie often enough and it becomes the truth” seems to be a model for reporting the national news. Before news outlets became political pundits, gun rights were accepted as proscribed in the ii Second Amendment of the ii U.S. Constitution.

There was a time when the good breeder was praised and dogs were selectively bred and meticulously trained. Insurance companies actually gave discounts to homes with protection dogs. Large department stores such as Macy’s employed Dobermans as a security system. Having an armed security guard was a good thing. A security guard with a gun and the dog was even better.

How many remember when politicians legislated against the so-called “violent” cartoons? Those whimsical cartoon characters have been replaced with movies and television specials whose main theme is people killing people. Today young adults play hours upon hours of video games. The object of many of those videogames is to kill as many of something as you can. The millennial "echo boomers" today are able to name more weapons that kill people than they can name countries on our planet. Meanwhile, on the back shelves in a Hollywood warehouse, Bugs Bunny and Daffy duck are still debating whether it’s rabbit season or duck season. 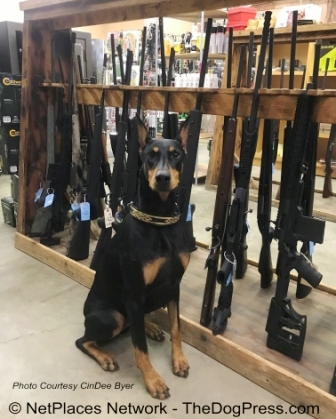 I do not own a gun but I support gun rights. I support that Constitutional Right because I remember what it was like to own a Doberman in the nineteen seventies. I remember when I was considered a villain because I loved the breed. I remember when the media sold the falsehood that the Doberman pinscher was bred with an inherited “violent” nature.

By promoting and embellishing dog attacks the mainstream media inadvertently created a demand for the Doberman pincher. Sadly that demand for the breed came from the dregs of society. Criminals, drug dealers and backyard breeders bought, abused and bred this breed. The country became flooded with poorly bred and poorly and raised Doberman pinschers.

The good news for the Doberman Pinscher was that the DOBERMAN PINCHER CLUB OF AMERICA at that time boasted one of the largest, strongest and wealthiest parent clubs in the AMERICAN KENNEL CLUB REGISTRY. The DPCA board and club members worked hard to promote breed history, education and quality-bred animals.

At that time the national parent club was fighting hard to save the traditional, trimmed ear look of the American Doberman pinscher. The club won that fight to preserve their breed and the fight paid off. The cropped ears and “The look of Eagles” that was much sought after required money and time. These procedures made the Doberman Pincher too expensive and time-consuming for the dregs of society to breed for profit. They soon eliminated their breeding of the Dobermans. They dumped their litters of puppies in puppy mills. Puppy mills sold to the backyard breeder. In time, unable to sell long eared Dobermans for a profit, both lost interest.

It took nearly a decade and a half to get the Doberman Pinscher off the hot seat. Today the Staffordshire bull terrier has taken its place. Through news outlets and video games it has now become the signature breed of drug dealers today. As we watch this breed being destroyed by criminals it reminds us that regulating guns will not eliminate the crime.

Criminals adapt. Criminals will do what they do. They will abuse, massacre and terrorize using whatever weapon or breed is the flavor of the day. Today that flavor may be a gun and a pit-bull. Tomorrow it could be a pressure cooker and a so-called designer dog. If history has taught us anything it has taught us that if politicians legislate against it, the criminals will acquire it and you will be vilified for owning it.

Whether guns or guarding breeds, someone will try to legislate against it. Don't let that happen. Keep your dogs, keep your guns, and keep your faith in both to protect you.