Cellphones are used by most of the 2018 U.S. population* but are you smart enough to avoid brain and hearing damage? Facts, stats, and how to... 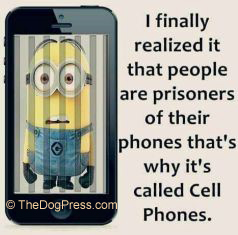 Smartphones, formerly known as cell phones and before that, mobile phones and car phones, have virtually replaced landline telephones. No longer tethered to local cell phone companies and per-minute charges, today we have smartphones that enable global voice and visual communication.

Smartphones “think” for us, remembering everything we once had to write down or risk forgetting. Now we just make a note or set a reminder in the smartphone which, for many business people, has replaced the personal secretary.

We rarely speak face-to-face, eye-to-eye. We have emotionally “disconnected” from each other, to the point of using our smartphones to text family members instead of calling or talking to them. Social media is not social. We are communicating through machines. We rarely read a book or newspaper, instead we surf the net on our smartphone.

When you think about it (like right now) there’s something spooky about the take-over of this gadget. The changes in human interaction since the first IBM cell phone in 1992 and the Apple i-Phone 15 years later are shocking - and scientifically worrisome. We reach for our cell phones like lab rats mindlessly pushing levers. A 2017 study revealed most people check their cellphones over a hundred times a day.

Psychologists agree, the smartphone is the most addictive device known to mankind.

My colleagues agree, so why do so many “scientific” articles say there is no connection between cell phones and the rising rate of brain cancer? Is that true? Absolutely not!

The awful truth is that our government regulators dare not bash a $$$multibillion industry. In fact, the FCC (Federal Communications Commission) allowed the cell phone industry to hire their own “scientists” to do reports debunking all those fear-mongers who say cell phones are a threat to human health. 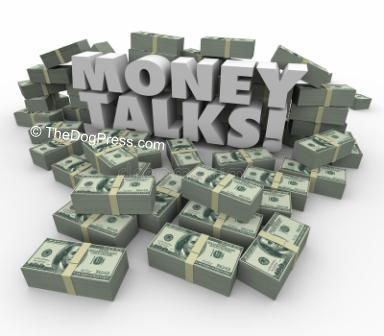 If you think the government will protect you from ignorance, look at the FDA which many believe is bought and paid for by the pharmaceutical industry.  We know the EPA has looked the other way as mega-manufacturing plants pollute our air and water. U.S. governments agencies can be incredibly obliging when power and money talks.

And the “bottom line” is that none of us would give up our smartphones.

It isn’t like we can grab our cell phone, pull up a Voting App and put an

X through the regulators who don’t… regulate that is. They just tell us that radiofrequency (RF) radiation from cellphones and cell towers “have no harmful health effects.” Look it up on your smartphone… In today’s 10-second soundbites, it is only about planting the thought that matters. How many of you know that “last October … over 300,000 nuclear workers from US, UK and France (were examined)” and the study confirmed “even low level radiation exposure over time increases the risk of cancer.”

Twenty years ago, when print mattered because it can’t be reworded, voiced-over, or deleted from science books, Dr. Narendra Pal Singh and Dr. Henry Lai published proof “that DNA single and double strand damage does occur at only 2.45 GHz radiation…” That is a rate well below levels FCC regards as safe. Read that again. The levels studied were hundreds of times lower than what has been proven to cause sterility in mice. Hmmm, with the exploding population, that could be a plus…

Hearing problems? Which ear tests the worst? Right, your “phone ear”. Don’t be in denial because you depend on your smartphone in our mobile-hyper-electronic world today. Use the speaker!

I hope you aren’t reading this on your cell phone, we tried to keep it short…