Why Did The Tiger Cub Die?

The tiger story is a classic example of good intentions gone wrong when anesthesia, surgery and vaccines come together and cause deadly anaphylactic shock.

My daughter was tickled when a friend told her about the baby tiger that was rescued from the streets of Hemet in Riverside County, CA. She showed me a site on her laptop where the Lions, Tigers, and Bears Sanctuary director said the cub was malnourished, "weak in the back" and had a "bad hernia." She believed the tiger cub had been bred in captivity, noting that he was declawed.

We explored the web a bit and inadvertently learned a lesson here. Exotic animal breeders profit from animals like that tiger cub that was meant to be wild and then they compound a greedy mistake by selling to the wrong people. The exotic animal sanctuary founder, Bobbi Brink, said the tiger cub had "been yanked from his mother" at a crucial time "when he should be learning the most in his life."

Sounds like a bad beginning became a lucky rescue for the young tiger but like war and politics, the best intentions can go wrong. In an attempt to fully restore the cub to good health, the Sanctuary gave him the required vaccinations while he was under anesthesia for hernia repair surgery. The veterinarian who did the surgery, Dr. Jane Meir, told reporters “the surgery went well and was uneventful” but then, as the tiger was regaining consciousness "he suffered profound respiratory failure and collapse. Despite the best resuscitation efforts of our veterinary team and animal care staff, Himmel did not recover.”

The vet believes that the tiger cub had an allergic reaction called ii anaphylactic shock. I've seen plenty of that on the battlefield so it would be speculative to blame the anesthesia or to wonder if that, the surgical shock and the vaccine together caused the deadly reaction. The CDC, Veterinary and Medical associations agree that vaccine-associated anaphylaxis is rare, literally a "one in a million" occurrence.

I've learned a lot writing for NetPlaces, enough to know that a lot of dog owners would disagree with that "one in a million" statement meant to defuse. I looked it up. Anaphylactic reactions are not uncommon with vaccines such as rabies, canine coronavirus, and leptospirosis. I called a buddy of mine who went into private practice after he left the Army. He surprised me when he said killed vaccines actually have more virus particles and mercury-based preservatives per dose than live vaccines. Go figure. 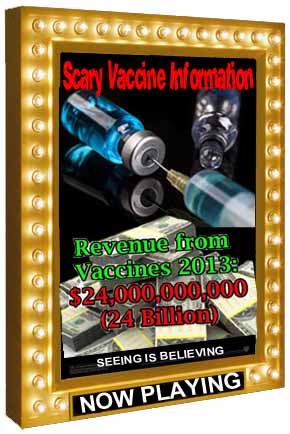 When anaphylactic shock occurs, as may have happened to the tiger cub, he said IV medications usually reverse the condition before it becomes fatal. He said there isn't enough information on whether the combination of anesthesia and vaccine actually caused the tiger's death.  We went on talking like Ollie telling war stories until my kid gave me the high sign, meaning she wants my attention.

She had been thinking.  Said that tigers are obviously not domestic animals and so they have not become genetically conditioned to accept the barrage of vaccines to which dogs, cats, horses, pigs and cattle are subjected. I thought that was a pretty astute conclusion so she went on to explain that animals in the wild develop natural immunities to the contagious diseases, bacteria, and fungi they normally encounter.

She said that today we are all persuaded, as was the veterinarian in this case, to immunize every living being against every perceived disease to which there is even a remote chance of exposure. She frowned when I laughed, couldn't help it.  Been there. done that. Every time we deployed to a new country.

Nowadays CDC recommends a long list of vaccines for civilians, from African Tick Bite Fever to Zitka virus when they travel out of country. The poor tiger cub was probably born here but genetically he was vulnerable to Americanized animal diseases and to the vaccines made to protect domestic dogs and cats  from those infectious diseases.

My kid teared up, said "so the rescued tiger died from an overdose of kindness?"

There is a lesson to be learned about natural immunity when we hug our dogs close. We wondered if vaccine reactions are more likely to occur with rescued animals that may be 2nd or 3rd generation "stray" and therefore unexposed to vaccines? She tried to find information online but came up blank. Loss of any endangered species is tragic but that tiger cub may have delivered a message about what is oddly missing from veterinary medicine.

I must have thought that out loud.  She said I should write about it.  Maybe.  Someday.