Where Has Everyone Gone?

Here it is July and I’ve entered just 3 shows so far, one being my National and the other two were part of a 4-day cluster. 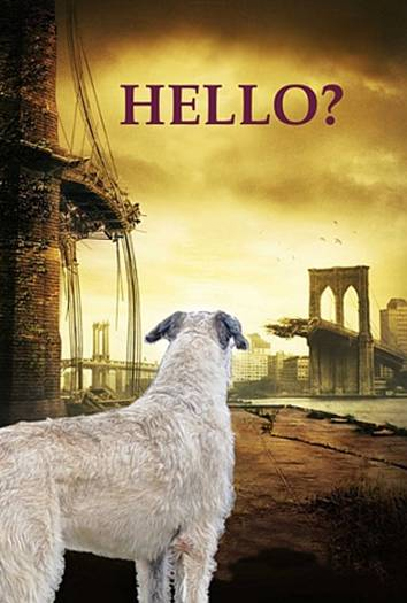 Wow, doesn’t that make me the weak sister of the dog show world! Or does it? That cluster show had a whole lot of single dog entries with no points at all, and few majors. And it was one of the bigger shows in this latitude…so maybe what it makes me is part of a large family that’s leaving home? Why? Well, I’d say from the responses to my previous article Let Them Eat Cake{1}(see display below), too many of them in this family are feeling like the proverbial red-headed stepsister being ignored by the head of the family, AKC.

The responses covered a lot of territory, but the problem of clusters was hitting everyone, and not just because handlers were getting more exposure and the inherent problems that brings. Far too many of us work and can’t make up those lost weekend shows. One even pointed out that for a Jr. to compete nationally, she had to get out of school to compete at the cluster shows.

My show chair manual is a few years old, but I think it’s still pretty much up to date. Under Show territory it says …”a club is expected to hold its events within the fairly limited geographic area that the club has been placed on the records of the AKC. The area over which a club would be approved to hold events will depend upon such factors as the population of the area, breed popularity, other clubs of the same type in the general area, etc.”

Meanwhile in my 3 hour range since I started showing in this area, Mobile AL show – moved to weekdays cluster in Biloxi MS (different state), Okaloosa, moved to weekdays to be part of 8-day cluster show that has fractured Albany, GA, Panama City FL Dog show moved to weekdays cluster in Tallahassee, Montgomery AL dropped spring show, the Tuscaloosa AL weekend in Montgomery is moving to Columbiana Cluster shows in the spring. I’ve lost track of the Louisiana club shows although at least one moved to the Biloxi, MS cluster and the one that was held in Dothan AL either died or went to the cluster shows at Perry GA.

So how many towns / cities/ counties are now being served by their local kennel clubs as far as bringing shows and exposure to all breeds to their area? Are all of these hardship moves or convenience clusters? How are the clubs going to survive as their memberships drop along with show entries? And since those clubs and volunteers put on the shows, how will those shows survive?

While at the cluster show, I was looking for something to bring home to my “dog sitter” and talked with one vendor who was sorely disappointed in the sales at that show. She lamented the loss of people showing their dogs anymore and wasn’t happy with sales during weekday cluster shows. Most of her sales were on Saturday, with people not buying on Sunday. Getting a good spot often requires a vendor to sign up for weekday shows of a cluster. She was joining the ranks of vendors that wouldn’t be traveling to shows anymore. That led to a discussion on cluster shows. You would think vendors wouldn’t want to have to pack up and leave a show site, but she expressed the same opinion I have on how clusters have been hurting the shows as well as her sales. Once an exhibitor has gone through the vendor booths, they aren’t likely to go through again and they need the “fresh blood” a new site brings them. They are feeling the crunch of smaller shows too.

Many whom I spoke with felt AKC needed to hear us or continue to fall in numbers and influence in the dog world.

One good sign - a survey for show chairs reference some of the new AKC programs – the novice handler, owner handler only awards and now Open shows. Having heard nothing but snide remarks about being thrown worthless bones that cost clubs money and how even the award of merit is seen to be backfiring as a “pat on the head” for breeder/owner BIS/S winners while the handlers get BOB to send them to group with their campaigned dogs, it was hard to give them high grades.

It would seem to rather endorse the perception of “give it to the professionals, we’ll appease the masses with these other trinkets.” Given the rise in UKC registrations and drops in AKC registrations, it is easy to see where the open show idea comes from. It is essentially a UKC format. No championship points but you earn certificates and you don’t have to play with handlers…unless of course their name is on the dog, but it wouldn’t be a big money game.

When our club first looked at the open show, we thought, isn’t this the same as a match? Why would we spend as much putting on an Open AKC Show for fewer entries? But if AKC would let clubs piggyback the open shows on the regular shows? That would keep costs down and might bring more owner handlers back. Would exhibitors return to the sport or stay for that? Why would it have to be an open show? Why not give shows that remain in their own areas and which have less than 500 entries a break. (These shows are lucky to break even, but they pay a regular event application fee and $1,750 in AKC per dog fees)

Let them have a second show{2} on at least Saturday so they could bring in more entries or save money on the site and expenses for an extra show. Clubs in close proximity could share the site and weekend the way they used to if there is a hardship with a site, yet both get the value of a weekend show. It’s already being done with OB trials. Exhibitors are coming for 3 shots at earning a title in a weekend. Would exhibitors be more inclined to attend 3-4 shows if they could do so on one weekend? It saves gas and motel expenses yet just takes the weekend. The dog is already bathed and groomed. Not many judges at such small shows are filling their card unless there are only 3 judges and those shows go on until after 5 pm. Would you go for 2 shows and end at 8 pm?

We know there is a problem. Too many people are walking away. Dog club are dissolving. We need solutions. What would YOU do to save the family?