With Crufts Dog Show health concerns, we interviewed one of England's most prominent dog show judges and present video of breeding advances. 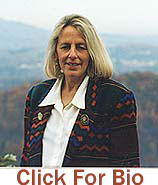 Vice Chair of the Breed Standards Committee for The Kennel Club (England) and a judging observer as regards visible health problems, Mrs. Meg Purnell-Carpenter is also an internationally respected breeder-judge.

Our inbox overflowed with angry comments about the winning Bulldog, Clumber, and other dogs being ineligible compete in the Group at Crufts due to having failed their show vet exams. We have provided video at the end of this interview.

Meg, how does the TKC program work? It seems that you are looking at visible signs of lameness, excessive timidity or aggression, eye discomfort or abnormality, obvious breathing difficulty, and  obvious skin or ear irritation or inflammation.

Mrs. Purnell-Carpenter: The Kennel Club has an ongoing programme which offers advice and help to the 15 High Profile breeds as listed below, which have been identified as having inherent health issues. The breeders who really care about the health of their breed are very involved.

What prompted The Kennel Club to take a position and implement steps to improve breed health?

Mrs. Purnell-Carpenter: When the programme “Pedigree Dogs Exposed” was broadcast by the BBC, I think, to be honest, it gave everyone a wake up call. Responsible breeders realized that they would need to work hard to try to dispel what had been televised.

I remember telling you at the time that the Kennel Club had put in a tremendous amount of work amending the standards so that dogs are not bred for such exaggerated features. For example, changing the wording on the standard to read "moderate wrinkling" instead of "profuse or heavy wrinkling”.

Many said it wouldn't work, that even considering European history and the success of Breed Wardens in Germany, the Brits are such revered dog breeders that they wouldn't go for it.

Mrs. Purnell-Carpenter: Yes, the Brits are revered dog breeders, and most are determined to stay that way. However, the majority of the audience of “Pedigree Dogs Exposed” were not dog breeders, but members of the general public who reacted, quite understandably, in a very negative way to the scare mongering-shock tactics used in the programme. Responsible breeders, who genuinely care about the health and welfare of the breed they love, are horrified at the adverse publicity generated by that programme and are determined to do all they can to re-build the confidence of the general public in pedigree dogs.

If this means changing the way they breed, then so be it. Not everyone wants to become a Kennel Club assured breeder, and as long as health checks and responsible breeding are implemented, there is no reason that they should. Nearly everyone in the High Profile breeds have been working hard towards the common goal, and although it may take a couple of years before sufficient progress is made, some breeds are moving steadily towards being removed from the High Profile Breed list all together.

Meetings have been held by the Kennel Club, with all Group judges invited to attend in the morning. They are addressed by experts on the conditions that may affect the High Profile Breeds, so that they are fully aware of and familiar with the problems should they encounter them in the Show ring.

Afterwards, the Groups divided into smaller groups, totally independent of each other, meet to discuss the points raised by the mornings' speakers. At the end of the discussion, a spokesperson from each group reported their conclusions and comments back to the re-assembled delegates. It is very interesting to note that, without any conferring, most of the groups came back with similar comments.

So what is the criteria for whether or not a dog is afflicted?

Mrs. Purnell-Carpenter: The Kennel Club is not asking judges to be veterinary surgeons, but to observe the dogs in the ring and not put through any dog that is not healthy and fit for function. With regard to the 15 High Profile Breeds, The Kennel Club is now appointing observers, of which I am one, to go out and monitor the judging of these breeds. I go to a Show and watch the judging from start to finish, noting any dog that appears to be affected by any of the health issues particular to that breed. My report will then be submitted to The Kennel Club. Please don't think these observations are conducted as a 'secret shopper’ all observers are there to offer support & encouragement to the breeds, not to 'catch out' judges.

Is it working - are there visible signs of progress?

Mrs. Purnell-Carpenter:  As I mentioned above, nearly everyone in the High Profile Breeds is working hard towards a common goal, and this shows through in the improved quality of the dogs seen in the breed rings. The breeders and breed clubs have, on the whole, been very supportive and determined to put right what has gone wrong in their breed. But, as with everything, the people who have been breeding responsibly for years are being tarred with the same brush as those who haven't.

Recently, someone brought 45 French Bulldogs into the UK in the back of a van. Due to the recent change in our Quarantine rules, this in itself was not illegal. But the question that needs to be asked is, if something goes horribly wrong with the breeding from these dogs, will it be the British breeders who are blamed? This really is a big problem, and one that WILL make its way across the Atlantic to the US.

I see, the program is not mandatory, people can still breed without regard to health?

Mrs. Purnell-Carpenter: The Kennel Club and breed clubs can only offer help and advice where it is sought, and there is no guarantee that this advice will be acted upon. There will always be some people who breed with no or little regard to health, no matter what legislation is brought in, The Kennel Club Assured Breeder scheme sets out criteria which must be adhered to for breeders inclusion in the scheme, but it is not mandatory to belong to this scheme. The general public have as much of a part to play in the breeding of healthy, fit-for-function dogs as the breeders themselves, by researching thoroughly the breed they are looking to purchase and the breeder from whom they are looking to buy and ensuring they see the certification relating to the health checks carried out on the puppy’s parents.

The object then is to get breeders to step up to a higher standard, no pun intended. So what is all this we're hearing about how many C-section or how many litters a bitch can have?

Mrs. Purnell-Carpenter: A bitch should not be allowed to undergo any more than 2 caesarian sections and the maximum number of litters any bitch should have is 4. A bitch should not be bred within 12 months of her last litter and not after the age of 8 years. These rules are slightly more flexible than the ones governing number of litters and c-sections as they are primarily to stop people breeding first time bitches at a much older age.

It must be stressed that the Kennel Club, Breed Clubs and the breeders themselves have all worked incredibly hard in recent years to put their own houses in order. That the seriousness of the situation has been accepted can be highlighted by the fact that 6 Best of Breed winners at Crufts 2012 were denied their place in the Group judging because an independent veterinary examination deemed that they were not fit for function. However it was encouraging to see that the other nine breads on the high profile list all passed their health checks and represented their breed at group level, some gaining group placements. Whilst we are all aware that there is still a very long way to go, it cannot be denied that huge steps forward have already been made.

In closing I am compelled to say that Meg and I have been sister-souls since the early 80s. I respect her as a person and as a breeder as much as anyone I have ever known in dogs. At one point, like many of you reading this, I just couldn't get my mind around anyone, even AKC, telling me how to breed top winning dogs and superb family companions.

Now, looking around the average dog show ring with new eyes, I am frequently appalled. That said, I congratulate the marvelous dogs that made it into the Group rings at Westminster. Sound and healthy and a pure joy to watch. Thank you to the judges who did not award the others. That is what they are doing in the U.K. and as always, Britain is a leader in the world of purebred dogs.

Watch the 4 ½ minute VIDEO: The Secretary at the Crufts Dog Show explains health goals and what is being accomplished, followed by a Ch. Bulldog owner who, going over his dog point-by-point, demonstrates the progress already achieved. 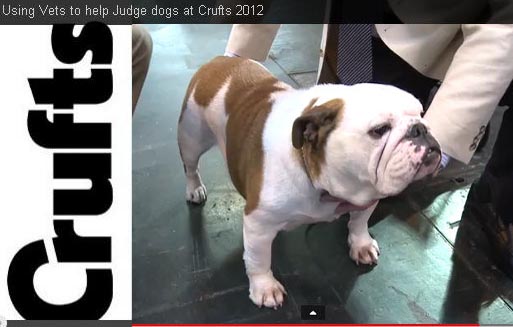 For more information or to contact Mrs. Purnell-Carpenter, go to Overhill Kennels & Exports.