As the 2014 show season winds down, handlers, owners, backers; everyone’s thoughts begin to drift toward Eukanuba and Westminster. 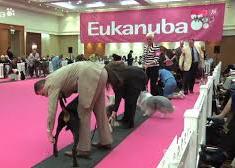 At one time Westminster was the Pinnacle of Dogdom. Anyone who had a great dog attended. The World waited anxiously as the Best In Show Judge pointed to the lucky dog. That was the Best Dog, the Best Breed, and the one to have, to own, to show off!

Along came Eukenuba, more people friendly for those of us who were not made of money, and who were still working on those elusive Championships and Majors. Perhaps not as much pomp and circumstance as Westminster, but Eukanuba gave a venue to those who had outstanding dogs but could not afford the big name handlers.

But is there some tarnish attached to these hallowed names, Westminster and Eukanuba? Are the winners pre-chosen, before the Judges are even picked? Or are the judges picked based on which campaigners they favor?

Do some dogs win these coveted crowns because the dog has shown for many years, attended the glittering halls of the event of the year, not once, not twice but since the dog was a puppy- and now they are going to retire. They DESERVE to win! Right? Does that mean those campaigners we all love and admire are still better than the new contenders?

I’ve spoken with many handlers who shall remain nameless for their own protection. They have shown at these venues many years, had meals with those in charge, and they know the score. When they go to show, they will not win BIS. That dog, that handler has been preselected for whatever reason decided on that year. 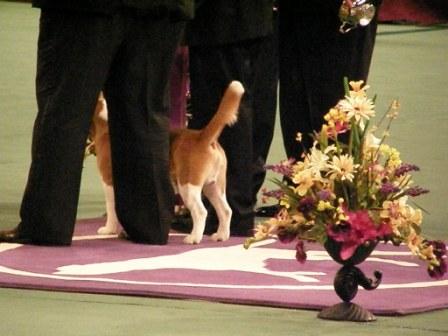 The facility in New York is like a tired old Grand Dame, glorious in her youth, but now outliving her usefulness. Parking, unloading and caring for your dogs is a nightmare. You have small grooming areas, everyone is elbow to elbow, bathroom areas are scarce for fido, and the noise is deafening even to human ears.

Most dogs would shut down. We must give these dogs and their people kudos for keeping them sane, healthy and happy.

Still, many breeders and exhibitors are beginning to wonder. Is it worth paying thousands of dollars to show at these venues? To stress your dogs and yourself just for a little time in the spotlight knowing that in the end, your dog will not be named BIS?

Are we losing focus of WHY we have dog shows? Why do we have the “national” and even international shows? Is it still about the choice of the best dog that exhibits the breed standard? This is something we must all weigh when deciding what is best for us, our dog, the breed and our sport.

Dog Bless! See you at Ringside.

The AKC/Eukanuba National Championship is December 9th through the 14th at the Orange County Convention Center.