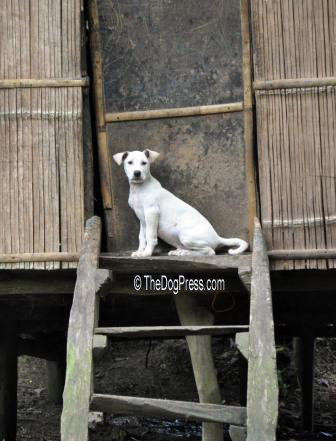 I’ve seen them in war-torn countries, some were once a child’s pet but all the street dogs beg for scraps when living on the outskirts of humanity. Living in places where there was damn little of that left and sure as hell not enough to go around.

Most street dogs are sick and many of them bear old scars of man’s inhumanity. Some you don’t see because they’ve been caught - and eaten. My trained eyes spot their movement as they slink by in fear, they know I’m up there… but because my brain is trained too, I reject the desperation I see in their eyes. Nothing I can do. Can’t risk revealing my position. Bad times but we did some good.

My daughter has moved on now but she comes by. Yesterday she was all excited about the Westminster Dog Show in New York City. Made me think but I said nothing to her, not wanting to dim the sparkle in her eyes. Later than night, yeah, I had one of those nightmares. It was misty (fog or memory, not sure) hot, steamy, air so thick I woke up choking. But I remembered the dog’s eyes peering out at me from the undergrowth. Was it the look of a desperate dog or of a predator? Not sure. Dismissed it and got up to put the pot on. No more sleep tonight.

As I sat, mug in hand, I thought about the glamour dogs and the regular people who save all year to go to New York City with their pride and joy. That was when I remembered what woke me up. That dog…

So this year, look around you. As we used to say “be aware.” Behind one of the oldest and most prestigious sporting events, there is poverty. There is fear. And there are dogs that are not so beautifully groomed, well-fed and loved.  I’ve seen them in the back alleys of cities everywhere. They move carefully, in hiding. These are not the dogs I read about that hop on the subway to get where they’re going. They aren’t the pampered pooches with paid dog walkers. Nah, they are the others. The ones you might never see.

“You can’t save them all.” No, of course not but how can we ignore them? You see those heart-wrenching ASPCA ads on television and you're moved to help, to send money, to do anything to get those freezing dogs a meal.

Check that thought. What they need is a new owner! As I refilled my cup, I wondered why the hell doesn’t the ASPCA get court orders to pick them up? If they care so much about the wretched animals they show on TV, why don’t they “do something” for those street dogs? Why don’t they give them a warm bed, food and shelter and find them a great home? For what the 30-second commercial costs, they could save a truckload of dogs!

Those dogs are not paid “actors.” That pit bull is shivering so hard he can barely stand up. Great winter ad. Good timing.  Those dogs are really freezing. Their desperation and agony is real. 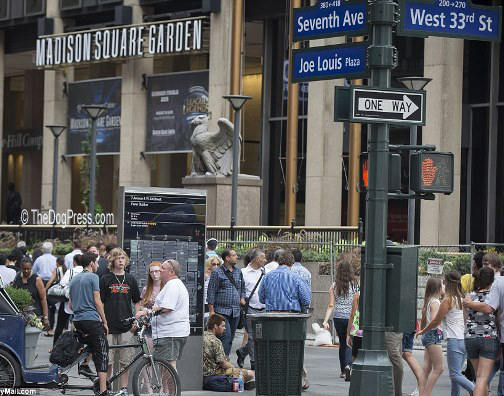 I know. You don’t want to think about it. Look up at the famous entry to Madison Square Garden but watch your feet. Don’t trip over that mental image I’ve just handed you.

Wait until you get home but see what you can do. My daughter loves to say “if you can’t adopt, you can give.” She’s right. Go to your local shelter. Do a little “reconnaissance”. Hell I’ll loan you my eyes.

Don’t just walk in the shelter and ask if they are the good guys and do they really take care of the animals. I taught you better than that <smile> use your eyes and your brain. Are the shelter dogs happy, the cats fat? You know what to look for, it ain’t that hard to part the branches and ask to see the books.

If you can’t make it to the Westminster Dog Show you can watch it from the warmth and comfort of home… and as you take a bite of your sandwich, think about the dogs of desperation. The ones hiding under the overpasses, shivering in Central Park… and the lucky shelter dogs waiting at the real SPCA, the brick and mortar shelter, the one you may not find.

There sure as hell is no "shelter" for those dogs the SPCA uses to get your money.  I know you’ll step up this year.  Take a bag of food, some rawhide chews and blankets to your local shelter.  And turn the channel when that commercial comes on!