A year ago, as 2017 drew to a close, AZ news media erupted with “Former Arizona Sheriff Joe Arpaio …accused by son of Sen. Jeff Flake, R-Az…”  Sheriff Joe charged with Criminal Contempt. What? You are about to see how “mainstream” media” works but first, some background.

21 dogs died while Austin Flake and his wife were taking care of things for her parents, who owned a boarding kennel. Making the tragedy even worse, distraught dog owners were told that their dogs somehow “ran away”. But Sheriff Joe, known as an animal lover who once housed shelter dogs{1} in his air-conditioned Maricopa County jail, said "They didn't run away. The dogs are dead." 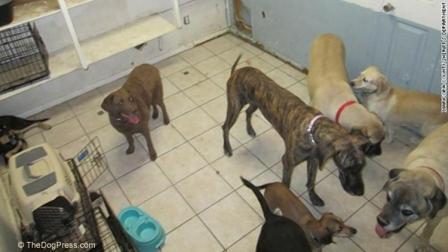 He was right and worse yet, the dogs died from neglect as was obvious when owners discovered “20 dogs dead or dying in a small shed next to the Hughes' home.” The media reported the dogs died of heat exhaustion in an 8x12ft room “after a dog chewed through the air conditioner's power cord during the night.” Whether in the kennel building with A/C or in a small shed, ultimately the dogs died a horrid, tortuous death.

Partisan politics and the news media had a field day until the building owners (Austin Flake’s in-laws) made the felony animal cruelty charges go away by taking responsibility, agreeing that they “did not properly maintain the air conditioning unit ventilating the dogs' accommodations.”

But the “other side” wasn’t through with Sheriff Joe Arpaio. The odds-on favorite to be re-elected to the post he had served for 24 years, he was slapped with criminal contempt charges because he refused to obey a judge's orders to stop enforcing federal immigration law! Whether this was a get-even retaliation by Austin Flake’s father, the powerful Senator Flake, or just exaggerated political correctness, Sheriff Joe lost the 2016 election to Democrat Paul Penzone.

If Arizona voters believe we should welcome everyone to our country including indigent people tax-payers have to support, that is their right. But are those the same kind-hearted people who would send an 85 year old law officer into the hands of the criminals he caught and put away? 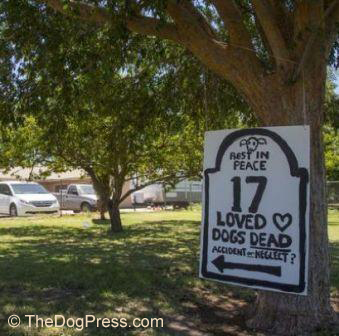 Thankfully, President Trump pardoned Sheriff Joe Arpaio in August 2017. And on Oct. 24, Senator Jeff Flake announced he would not seek re-election. The Republican Senator had “sparred frequently with President Donald Trump” and in his departure speech he said there is a ''flagrant disregard of truth and decency.'' Ironically, people on both sides of the political aisle would agree.

There is one final lesson to be learned about the state of American politics. This dead-dogs-felony cruelty happened nearly 4 years ago but The Washington Examiner, in apparent reaction to the President’s Pardon, blasted this headline on Nov 24, 2017, 5:16 PM “Joe Arpaio accused of charging Jeff Flake's son with animal cruelty to embarrass Arizona senator.”

Arizonians may have been duped once but he jury refused to award damages against former Maricopa County Sheriff Joe Arpaio in the civil trial. But just to prove you can’t trust a politician, on December 23rd, 2017 Fox News picked up Arizona Republican Senator Jeff Flake on a hot mike saying “If we become the party of Roy Moore and Donald Trump we are toast.” One of our staff, a Democrat, shook his head saying “You just can’t trust a politician.”

The end of this story is that finally, Sheriff Joe can relax and enjoy honorable retirement. TheDogPress.com is proud to have paid tribute to a law enforcement officer who loves animals and upholds the Constitution and the Rule Of Law.

If you would like kudos for someone in your state or community who balances enforcing the law with common sense and compassion for all, email the editor.