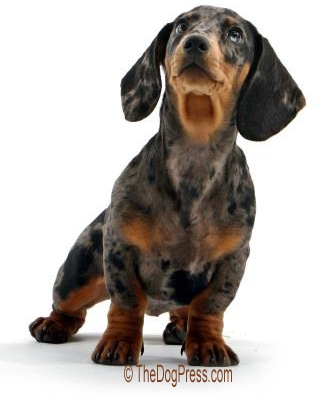 Did you buy that AKC position? Get acquainted with the facts. When AKC propagated the above rationale in 2010, many subscribers vented privately to this editor (because they didn't want to get on AKC's black list) and one reader summed up his answer in one word, "Hogwash"!

Before you contribute to this conversation, here is the background most of you today don't know about. The term “Responsible Breeder” was first used by me and UBS IT in 1998. We defined responsible breeders as "dog breeders who do not sell to pet shops, brokers, or anyone who smells the least bit like a puppy mill. Responsible Breeders do not wholesale litters."

By early 2000, AKC had appropriated our "responsible breeder" term, using it to describe show and hobby breeders who sell directly to “responsible” owners.  OK, that was close enough.

In 2002 AKC invented another term: "High Volume Breeder" which sounded better than "puppy mill".  The American Kennel Club must have bought whitewash by the truckload because the Board tasked its newly created High Volume Breeders Committee{1} with selling "responsible breeders" on the idea that HVB  are needed, that show and hobby breeders can't meet demand, etc. Judge-Delegate Connie Vanacore{2} of the HVB Committee tried to convince us it was necessary and attempted to blur the line between "us" and "them."  It didn't work.

There was a time when breeders withheld AKC registration papers. That worked well to eliminate puppy mills from getting our "show lines." But AKC didn’t like that loss of income so it countered by offering Limited Registration. Sounds good?  No, it was a betrayal. Dogs sold on Limited Registration could obtain full registration status (for a price of course) without the knowledge or consent of the breeder. AKC then offered (for a price), the Administrative Pedigree Research service{3}

A lot has happened in the last two decades.  Many successful show breeders threw in the towel.  Others were so fearful of local laws and animal rights whackos that they spayed and neutered.

Some breeders decided to become judges instead of trying to maintain a breeding program with only 3 intact bitches as stipulated by the new regulations.  Others tried co-ownership with responsible people so that they could stay involved as breeders and in the AKC show ring.

Having tested the waters with changing "puppy mills" to HVBC dog breeders, AKC went on to bigger and better deals. TheDogPress.com revealed AKC's super-secret Pet Shop PRIME{4} software program to help pet shops manage inventory and register puppies right in the store. If there was any question about the puppy’s pedigree or eligibility to be AKC Registered, there was even a special number to call.  Perhaps that was part of the reason for the Pedigree Research Service?

What does this have to do with defining ourselves as Dog Breeders?  AKC then asked “Responsible Breeders” to join with pet shops, puppy mills, commercial breeders, and “high volume breeders” to "fight animal rights legislation." 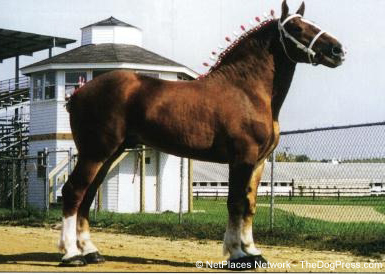 It gets worse. Unimpeded (aided by?) the American Kennel Club, animal rights rhetoric convinced many potential dog owners that mutts are healthier than purebreds. Breeders looked to AKC for help. The solution for the AKC Board was to further feather the nest by accepting "Mixed Breeds" into limited competition in April 2009!!!  Thus Designer Dog breeders can more easily dupe the public by being able to say their dogs are now "AKC registered."

It should be noted that other registries, particularly the draft horse folks, have spent $millions promoting the benefit, pride, and value of owning registered stock. Just the opposite, AKC has never funded commercials or public awareness information that defines why genetically tested, bred-to-the-standard purebred dogs are a better choice than mutts.

The lack of support and resulting economic impact on hobby dog breeders has been terrible. Many are selling show prospects to pet homes - if they can find them.  By 2012 many top show breeders had turned to "puppies for sale" sites to try to sell their pet puppies.

I don’t know about you but I'm a HOBBY BREEDER who excels in the AKC show ring. I don’t care what AKC says, I don’t give ANY kind of registration papers with pets until I have veterinary proof of spay or neuter.  Hopefully they won't breed the dog and get AKC to register the puppies, see (3).  Should that happen again, I have an attorney standing by.

I've supported AKC for half a century but I refuse to be compromised by AKC's rationale that it needs puppy mill registrations. If there were NO puppy mills, hobby dog breeders COULD fill the demand for quality purebred puppies.  Do you have the same demand for your quality puppies?  Y'know, the ones you expend so much time, money and love creating by researching genetics, doing health tests, showing the sire and dam, and raising the precious litter in your home?

Thanks to AKC wheeling and dealing with puppy mills and dog food companies that promote shelter mutts during the televised Westminster Dog Show, prospective dog owners go to the pound, a pet shop, or "dogs for sale" sites.  Worse yet, if a puppy-seeker goes to a local dog show, they see mutts in AKC "show" rings (Obedience, Agility, etc.) and ever-fewer purebreds.  They are unlikely to find a Clumber or Wolfhound they saw on Animal Planet.  They will give up and go online to a "puppies for sale" site or nowadays, they go to the "AKC Puppy Finder, The Official Site for AKC Puppies".

Why would they think about calling YOU?  Then ask yourself who would risk being raided by animal control, zoned out of existence, or buy a business license and open their homes to USDA, HSUS or local inspectors just to be able to breed purebred dogs?  Oh, wait, I think I hear you saying "only commercial breeders do all that."  Right.  You got the point.

And for dedicated dog fanciers, there is no alternative registry.  So dog breeders take the bad with the good.

Get reference and related information, dig for gold below.