TUBA unites animal owners to defeat "animal rights" legislation which is just part of a shocking list of subversive political coups as revealed in this document. "If show and hobby breeders fail to protect their Right to own well bred pets such as purebred dogs, we will be legislated out of existence within a decade."

That's what our researchers concluded in 2009.  It is now 2017 and today is different. Animal owners are hopeful, the markets are up and the economy is on the rise. Dog breeders are planning that postponed litter and our editors think this might be the right time for TUBA.

We are about to elect new representatives at the state and local level.  Dog fanciers need to take advantage of the swell of optimism that can reverse the animal rights progress of the last decade.

Do you know schools no longer teach about our country's fight for freedom?  People under 30 don't know that Paul Revere’s warning to the colonists was enabled by only a handful of valiant Americans. Were it not for his famous ride there would be no United States. How is it then that over the following century, we let our traditional and personal freedoms slip away?  Little by little, by local ordinance or state court ruling, our Rights have been eroded.

The right to breed anything - dogs, cattle, horses, even chickens (!) is being regulated away - and given to the factory farms and puppy mills!

Last year, an All Breeds judge observed "I give it a decade and I'll be out of a job."  It won't take that long.  The public is persuaded to "adopt and rescue" and owning a purebred dog, once a mark of social standing, is now maligned.  No more purebreds in TV sitcoms, no more Disney movies featuring Lassie or other purebred pets. When was the last time you saw a Pit Bull, German Shepherd or Great Dane in a movie?  You only see a Persian cat in cat food commercials. 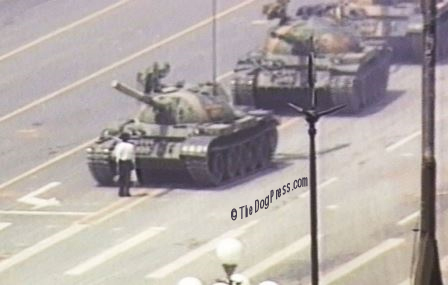 If a Tiananmen Square survivor had been told that the Land of The Free would tolerate such extraordinary loss of personal freedom, he would have scoffed.

After fighting the First Americans, the Brits, the Spanish, Mexicans, and two World Wars to protect our freedom and personal rights, the U.S. government waged war on the rights of its citizens and it was all about the money.

Moonshiners were hunted down and arrested so the government could begin to regulate things we once took for granted. Man has made intoxicating brews since he first learned to make fire but in the blink of an eye, Americans were told what we could drink and what it would cost with all those alcohol taxes added to the price.  Greedy Legislators got by with it so they took control of another historical human enjoyment. Tobacco. It is not about controlling alcohol and tobacco, it is control of the citizenry by controlling the things we hold dearest...

... Like the animals that give us comfort, self-worth, and for many dog, cat, and horse breeders, primary income. Think about it. The politicians control our food supply, where we can hunt, fish, or farm, etc.  While they haven't taken our children, they do control what they learn and who teaches them. Now they've come for another of our inalienable Rights. The freedom to exercise our creativity and love for the first animals to be domesticated by mankind. How significant is that? Have I got your attention now?

The moonshiners didn’t see it coming but today we have internet. We still have time to unite to protect our right to breed and own quality-crafted purebred animals. If you agree, here’s the plan.

A: GET A NAME that has a pronounceable, easy to remember acronym. In order to be heard, dog breeders must unite with other hobby breeder groups whether they breed horses, cats, or bunny rabbits! The United Breeders of America, aka TUBA has a nice sound. 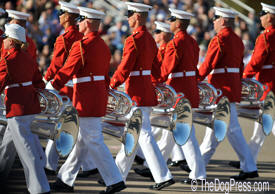 The TUBA sets the pace because it is the biggest voice in a marching band! Oompah, oompah, oompah! Nothing moves a crowd like a Tuba keeping the beat and the band in step!

B: UNITE and COORDINATE. Stop duplication and the waste of volunteered time. Get your TUBA and get in step. Become actively involved in lobbying and campaigning. TUBA Delegates can be chosen from Legislative groups that submit a one page document enumerating bills opposed - defeated.

C: PRIORITIES. Some groups already maintain lists of proposed and pending state legislation.  TUBA will need a Voter’s List of the politicians who opposed, sponsored, or voted for animal "rights" legislation.  Only then can we insure a congress and senate that will protect our freedom at both the state and federal level.

In the meantime, TUBA sets the beat and feet are beginning to march! Quit preaching to the converted! Organize Pet Rallies to gain and mobilize voters. Hold those rallies in taxpayer-funded parks, fairgrounds, and athletic fields. Shopping centers welcome crowds so get permission to draw them in!  Do Obedience, Tricks, Agility demonstrations, anything to attract a crowd. Serve lemonade and give pony rides for donations. Prepare an information pamphlet with a website and a key person to contact. If you are reluctant to provide a phone number and email address, the animal rightists have already beaten you.

Political Rallies. Take your dog, parrot, or a really “cool cat” because that’s where you meet people who know nothing about “animal rights” but who will be attracted by your pet. Tell them about TUBA and explain that your legislative group supports pet owners and their rights. Engage them about local leaders and politics.  Give them your hand-out pamphlet and ask them to contact you.  Better yet, add their name and email addy to your list so you can follow up with them.

Animal Owner Team Assignments. Send one team to the flea market, armed with handouts and a well behaved pet. Send another to the lake or the beach. Send moms to a skate board park, softball or high school basketball game; places where there are youngsters. An unusual pet draws kids like a magnet, and kids bring their parents – potential members and voters! Give them your pamphlet and get their contact information.

Local Election Watchdogs. Team up with them regardless of political party.  Send reminders and Voter Lists with the candidates’ records so people can take it with them to the polls. Citizens should know how each candidate voted on animal owner issues and restrictive legislation. Offer transportation when needed. People have to be motivated to go to the polls. If YOU haven’t given pet owners and tax payers a reason to go, join another marching band! 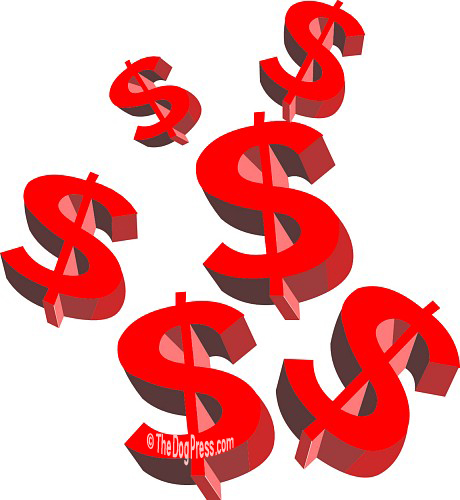 Most states have a Pet Law list. Get their support. If they won't help, shun them because it means they are only there to siphon funds and volunteers away from the national group.

If The United Breeders Of America bring together an average of 100 members per state, that’s 5,000 people marching for their rights. If every member donated $10 or more for start-up expenses, that buys TUBA groups thousands of dollars for pamphlets and promotions.

Like the doctor who watched for the lantern signal and the stableman who saddled Paul Revere’s horse, we must give up individual ego and come together for the common good. Sound familiar? It should, it’s what made America free!

I don’t know about you but I’m joining the TUBA marching band. Can’t you hear the oompah, oompah, oompah, the drumbeat, and the clear sweet call of a bugle?  You betcha! Click to send this to every legislative group you know.  Follow up with a call.  Call your animal-owing friends and, dog owners, cat owners, horse owners, etc.  Do your part to preserve your freedom, starting at the local level.

2017 state and local elections are right around the corner.  Now is the right time to Unite with other companion animal breeders!  If you are a good organizer let us hear from you, especially if you represent any companion animal group.  TheDogPress.com will help. Email Editor