NewsNips™ Climate and Clownfish Cause Stupidity! 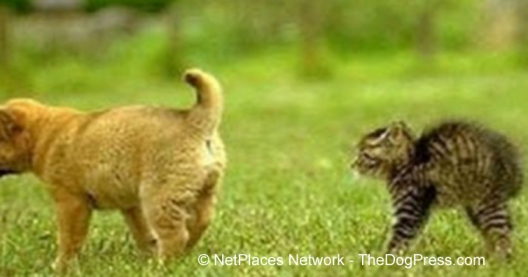 TheDogPress.com received a video link on a UCLA report which concluded that 163 million pets are 30% of the earth's atmospheric pollution. The video narrator stumbles a bit but it is accurate and indicative on where globalists, climate change reports, and concerned environmentalists stand.

The premise is that the exhaust from pets rival "13.6 million cars." The significance of that gets lost in reality since Wikipedia reported there were “263.6 million registered vehicles in the United States in 2015, most of which were passenger vehicles.” It appears the reporter (I use that term with a great deal of sarcasm) flunked math.

Pets Cause Climate Change {1} is good for a laugh but it is also thought-provoking. It suggests that the esteemed writer must have gotten his information from a similar “report” that claimed cows farting into the atmosphere are changing our climate.

Even more bizarre, another university educator published that backyard chickens significantly contribute to global warming. Surely that wasn’t his thesis??!! It could have been. Forbes.com ran a report in 2017 in which scientists concluded “Animal farts and poop are major contributors to global warming...” The article pontifically pointed out that “methane is a principle component of farts…”

But Clownfish Changing Their Sex {2} was really intriguing. The 4 minute video features a University Of Illinois professor who makes sex change sound simple in fish.

We learned that when "the fish is detecting changes in the SOCIAL environment" it somehow causes "the testes to develop" in previously female fish which is "a really remarkable example of how your (social) experience can have long-lasting effects on your behavior and personality and morphology and anatomy".

Have you noticed a fancy tail or something like gills on your whacky friend?

If you think those two stories were stupid, google this “Is American IQ dropping since 2000?” and you will understand where this junk is coming from!

Livescience.com says “intelligence quotient tests have been revised” and that “humanity's intelligence peaked between 2,000 and 6,000 years” ago. Ask your parents or grandparents what multiplication tables are. And then be glad we have computers and television - and really smart college professors.