In Memory of Steven D. Gladstone

the effect is that the dog world will never be the same...

He was our friend, attorney, advisor to the dog fancy, trusted AKC Board ally; Steve Gladstone was a real dog-man, founder of Aragorn Cardigan Corgis.

Steve Gladstone, dog fancier, attorney, Cardigan Corgi breeder, AKC Board Member. That’s Steve’s title but his stalwart dedication to the sport of dogs and to the people who shared his love for the purebred dog is why he will always be remembered.

He was my friend, advisor, and my trusted ally on the AKC Board. He served many terms, from 2001 to 2009 and from 2011 to 2017. Like AKC Secretary Jim Crowley (now retired) he could see the faults in the American Kennel Club but like any great dog fancier, Steve Gladstone put virtue before faults.

Steve loved the sport and was in many ways, the American Kennel Club Board’s anchor to common sense and fairness. 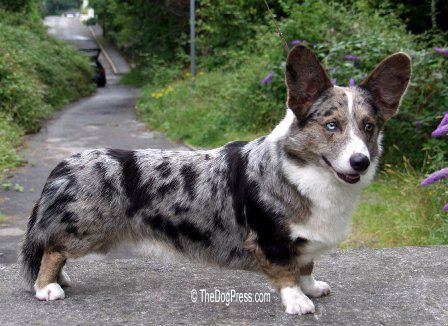 His kennel name Aragorn seemed a natural for he was an avid reader and “back then” a great fan of J.R.R.Tolkien's works. I knew him only in his capacity as an attorney. His private life was, well, private. I had spoken with his wife Marieann on several occasions before she passed away. When years later, he met and married Jan Ritchie, I knew he was in good hands. She encouraged him to lose weight and ironically, he was probably in the best health he’d enjoyed for years.

Steve was a people person. Outgoing, gregarious, intellectually superior but so modest it didn’t show too much. His official photo above is easily recognized but this candid snapshot is who he was. Acute sense of humor, open to people he liked, officious to those he preferred not to waste time with.

He will be missed by every “old time dog lover” and AKC advocate. Steve Gladstone steadily, without faltering, walked a tight line between AKC, legal duty, and his devotion to dogs. We will miss his wise council and genuine self, an shining example of what all “dog people” should be.

Steve passed away June 11, 2017 while on a judging trip to Australia.