NewsDesk Staff ~ we welcome your comments in TheDogPress Blog (below) 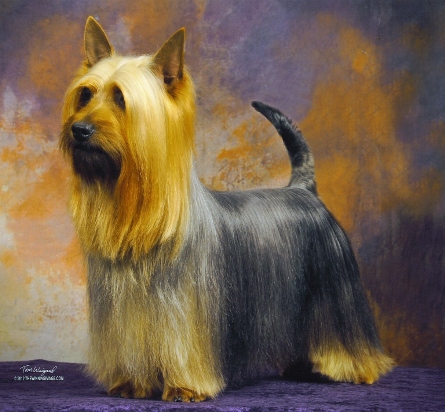 Notably, there is nothing in the Silky Terrier Breed Standard or Silky Terrier Club of America Code of Ethics that requires a member to dock tails, nor could tail docking be required per AKC rules.

The beleaguered breeders hired Jay Hyman, a Maryland attorney who is also an AKC judge. Mr. Hyman filed two complaints with the American Kennel Club on behalf of his clients, one of whom is a successful, long term AKC Breeder of Merit whose top ranked dogs are presented by professional handler Barbara Beissel.

On September 16, 2013 two lawsuits were filed in Wicomico County Circuit Court, Salisbury, Maryland. One named the Silky Terrier Club of America and the other action named the nine individuals who filed charges against Benson, Keuser, and Thomas. The purpose of the lawsuits was to restrain the Club from proceeding with any grievances or action because there are no grounds for such in the By-Laws or Code of Ethics of the STCA.

A hearing was held April 22, 2014 wherein the judge retained the case but referred the matter back to the AKC for a decision. Depending upon the decision by the American Kennel Club and /or the STCA, the court may entertain jurisdiction to resolve this matter. This cannot be good for dog shows, the sport, or the Silky Terrier Club of America but as of this date, the two complaints remain unresolved.

Tell us what you think (comments below) about this controversial situation. Is this a frivolous action on the part of the Directors of the Silky Terrier Club of America? The Silky Terrier AKC Breed Standard, approved 1989, says “The tail is docked, set high and carried at twelve to two o'clock position.” The Breed Standard does not require docking ...nor can it! According to AKC Rules no standard may require, mandate, or otherwise prescribe docking or cropping of ears or tails. Do you interpret the sentence referring to "docked" as nothing more than an observation that the tail is usually docked? No penalty is stated for natural tails. There is not even the usual disclaimer such as any deviation should be considered a fault, etc. 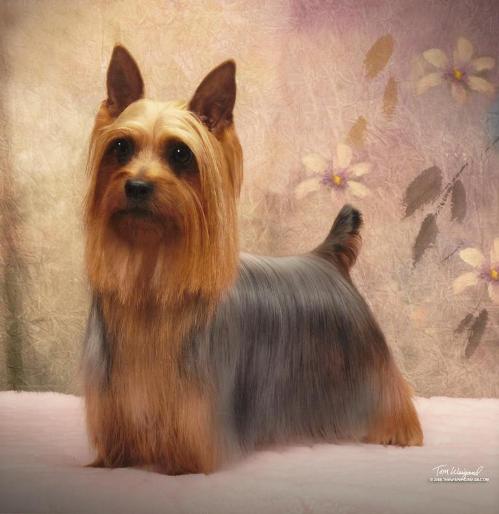 There is considerable debate on the necessity of cropping and docking for the conformation ring. Indeed much of the western world, including Europe where many of our breeds come from, does not allow tail docking or ear cropping. American breeders are exercising their right, preference and choice for natural ears and tails and some clubs have handled the cropping/docking debate better than others. It is hard to fathom that the American Kennel Club would allow a Club with AKC-approved By-Laws and an AKC-approved Breed Standard to entertain a Code Of Ethics violation for failing to crop or dock.

The current trend toward importing natural ears and tails, coupled with breeder refusal to crop ears or dock tails has affected all breeds that have descriptions of docked tails or cropped ears in their standards. The cropping-docking debate has caused much in-fighting among clubs, destroyed friendships, and generally damaged the reputation and integrity of the sport over an issue which some consider strictly cosmetic and others consider mutilation.

Why is Benson, who has had the #1 Silky Terrier for six of the last ten years, being singled out? TheDogPress is told that the current STCA President Terianne Terrazas, has bred, registered and had two natural tailed Silkys exhibited, so why is she not brought up on the same ethics charges?  Is there an answer to be found in TheDogPress Blog?

The real question however is whether the AKC or any breed club can mandate an aesthetics-only amputation of a dog’s healthy appendage in order to make it eligible to compete? One of the quickest ways to draw negative attention to our sport is to impose penalties against owners who choose not to remove natural body parts of the dogs they wish to show. This is not an issue of genetics. It is a surgical alteration which can become a public relations nightmare pitting the American Kennel Club against the American Veterinary Medical Association.

As breeders, we respect and demand adherence to the AKC Breed Standard. As Americans, we also honor our basic rights of independence and individuality. TheDogPress says “Let the judges decide” instead of the courts who know nothing about the Silky Terrier show ring.

What do you say? How does your club handle the issue of showing dogs that are not cropped or docked? Do breeders have the right to decide against the Breed Standard description? Do you think the steep escalation in veterinary fees will have an impact on cropping and docking?  How do you interpret this case and the implications for all breeds?

Answer these questions and give us your feedback on TheDogPress Blog