Estrogen inhibitors and excitotoxins in pet foods can cause reproductive problems, infertility, and hyperactive, aberrant behavior! 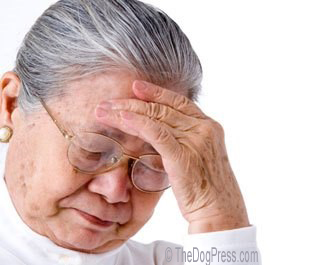 As questions mounted, all seemingly related, I did hours of in-depth research which resulted in some very disturbing answers.

Behavioral problems, particularly aggression and hyperactivity, may be caused by excitotoxins in the food.  Behavioral abnormalities have escalated in both humans and animals, from rampant Alzheimer’s disease, cognitive dysfunction, to uncontrollable family pets.

The science of excitotoxicity will amaze you.  Many pet foods contain additives which act as estrogen-blockers and cause frustrating problems for cat and dog breeders. Instant Information on ii dog food containing bromine.

Estrogen Inhibitor Oils: Many pet foods are now touted as rich in omega 3 oils from wild salmon and other oily fish, along with cruciferous plant substances including flax seeds, oil from flax seeds, broccoli, and rapeseed oil (renamed Canola).  Oil from hemp, a cruciferous plant which is 80% fatty acid, is also being sold as a supplement for dogs and cats.  All these substances are natural estrogen inhibitors, can lower fertility, conception plus they interfere with thyroid hormone production and with many prescription drugs.

Vitamin D in pet food is just more oil from fish and Vitamin D3 is specifically from Cod Oil which contains especially high levels of vitamin A.  The significance?  High levels of “A” are known to cause ii Hypervitaminosis A with side effects ranging from skin problems to birth defects.

Cruciferous vegetables, extremely healthy for humans, have been used in hundreds of cancer studies.  Since 2004, cancer doctors have been telling patients to add such vegetables to their diets because they are beneficial to overall health and are believed to aid in combating the disease.  But controlled studies, such as at the University of Illinois at Urbana, found that extracts of cruciferous vegetables act as anti-estrogen and estrogen agonists.  These findings were published in 2000 by the American Chemical Society.  Other university studies are available and indications are that over 300 studies with similar results took place.

Mercury: High concentrations of methyl mercury, an organic form of mercury, have been found in omega 3 from fish oils rendered from large, long-lived ocean fish.  Mercury is a neurotoxin (as in vaccine-associated autism).  Symptoms include vision impairment, lack of coordination and numbness which can lead to seizures and death.  High levels are common in wild salmon. 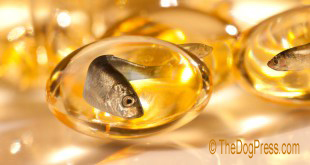 PCBs & Fish Oil: Earlier this year there were lawsuits due to polychlorinated biphenyl compounds (once used in the electrical industry) found in nearly a dozen different fish oil supplements.  Just over thirty years ago, the EPA banned PCBs from the USA but this chemical (which causes cancer and reproductive toxicity) isstill found in fish from which the oil is extracted.

The Mayo Clinic web site had the following to say about fish oils:  “There is evidence from multiple studies supporting intake of recommended amounts of DHA and EPA in the form of dietary fish or fish oil supplements… however, high doses may have harmful effects, such as an increased risk of bleeding.”

It should be noted that fish oil, cruciferous plants and excitotoxins from MSG are not included in the AAFCO requirements published in 2008, yet they are added to many pet foods.  Pet food manufacturers are just following “health trend hype.”

ii Soybeans have moved into the top ten allergen list in the human population.  It is hard to find soybean listed on human food labels as, like MSG, it masquerades under many aliases.  It is harder still to pinpoint in cat or dog food list of ingredients.  We can however, expect some of these ii Soy Allergy Symptoms to manifest in our pets.  In addition, for well over 20 years, soybean in pet food has been linked to bloat (gastic torsion) in dogs.  This is not simple gas; torsion is a crisis situation that requires immediate emergency veterinary care.

In addition to direct allergic reactions, it is widely reported that an alkaline solution is used to remove fibers from the soybeans. Fibers are acid washed in aluminum tanks believed to leach aluminum, a heavy metal that we may be absorbing and ingesting from other sources as well.  Aluminum toxicity has a wide range of symptoms including colic, rickets, gastro-intestinal problems, nervousness, anemia, headache, speech problems, memory loss, softening of bones, weak/aching muscles, liver and kidney function decline; the list grows yearly.

You should also be aware that MSG and other flavorings are added to human and pet foods to cover up the soybean taste but labels usually state only “natural flavoring.”

Marigold extract is considered a folk remedy for skin conditions which must be why some pet food makers are including it in their recipes even though the Association of American Feed Control Officials (AAFCO) does not consider marigold a nutritional need for cats and dogs.

Marigold extract (calendula) contains lutein.  In the human population, lutein supplements can cause a tightening effect on the uterus and are not recommended while breast-feeding.  Animal studies indicate that marigold/lutein is toxic to sperm and may adversely affect fertilized eggs.  Symptoms of too much lutein include indigestion, chest pain, heartburn, dizziness, blurred vision, eye irritation, skin discoloration, and difficulty swallowing and there may be evidence of renal and liver overload.  Marigold’s best use is probably as a natural pesticide ingredient!

Dog trainers, therapists and behaviorists are multiplying almost as fast as canine behavioral problems.  Even carefully bred, perfectly raised puppies can turn into uncontrollable, destructive pets that often wind up at the local shelter.  Loving house cats may suddenly exhibit the same behavior.  Some veterinarians, at a loss for explanation, blame it on the old standby; genetics.  Obviously that does not explain the crossbreds and mutts that are affected. 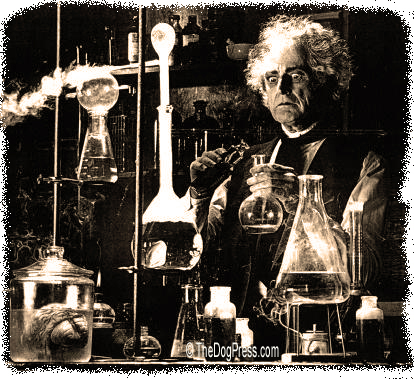 Excitotoxins: Sounds like a mad scientist made up that name but ii Excitotoxicity isn’t new.

I knew about the often misdiagnosed side effects in human foods.  I wondered, could a wide range of excitotoxins in cat and dog food cause uncharacteristic out-of-control behavior in dogs and cats?  Most of the known adverse effects are related to the human population, presumably because no one has studied this in animals, but I believe theeffect on our petscan be even greater.

According to Dr. Russell Blalock (well known neurosurgeon, author, lecturer, and nutritionist), hidden MSG and many other specious ingredients are excitotoxins, which quite literally excite cells to death.  Brain studies were in the human population but effects on pets would be more significant due to an animal’s lack of inhibition.

MSG – monosodium glutamate: Most people now recognize the risk of MSG in human foods, particularly in “prepared” foods.  Many products proudly proclaim “no MSG” on the packaging but in many cases there is hidden MSG in what the label refers to as "natural flavor".  What you maynot realize is that monosodium glutamate (MSG) has become common in pet foods and is believed to be mildly addictive to more than the taste buds.  Dogs and cats “taste” food through their olfactory senses but they ingest MSG just as we do and can therefore be equally affected.

MSG causes hyperactivity and behavioral aberrations in the human population and while studies have yet to be done, we can extrapolate those problems to our formerly mild mannered pets.

These additives are in everything from soup to ice cream, and increasingly found in dog and cat foods.  Since the industry keeps coming up with new names, our best advice is:  if you don’t know what an ingredient is, research to make sure that it is not hidden MSG.

You may not reduce the risk of cat or dog food additives by using human foods.  For example, feeding your pet raw or cooked chicken you buy for your family may not be a good idea.  Check the wrapper again.  If the chicken contains “broth” it probably contains excitotoxins.  Associated Press reports that 30% of U.S. chickens are injected with additives that represent up to 15% of the meat’s weight.  This process is called “plumping” and it is used to make former “factory farm” laying hens” more marketable.  It may also be used simply to tip the scales a bit!

One particular brand, Perdue, uses broth containing “2% or less sea salt, carrageenan, xantham gum, vinegar, and natural flavor.”  Carrageenan and the natural flavor are the culprits.  Natural flavor can be anything from MSG to rosemary (a neurotoxin) to soy (affects estrogen production).  In addition, this broth doubles or triples the sodium content.  These additives, like many others contained in pet and human food are hidden MSG, now known as excitotoxins.

When several pets have the same personality or health changes occurring at the same time, it is not coincidental.  Unless you have moved, installed new carpet, treated the lawn, etc. it is almost certain to be a result of something that should not be in their food.  For now, we can only say read the label.  It is time for the FDA to do its job and to insist on plain English identification of all food additives whether for human consumption or in pet foods.

Oprah Winfrey exposed the food industry and our addiction to fake foods in her August 2010 show.  As Oprah observed “non-fat foods make you FAT!”  While her authoritative guests did not go in depth on additives, the message was clear.  Today’s food supply can be downright harmful to your health.

It would be wise for pet food companies to rethink what they are adding to their products.  The cat is out of the bag.  This information will be read by a quarter-million pet owners this month.  It is going to become harder to market pet food contaminated by unneeded, unwanted, and potentially dangerous ingredients!