Dogs are dying from contaminated and counterfeit pet foods evidencing an international conspiracy in imported ingredients and inadequate testing by USDA.

Retail pet food sales topped $18 billion in 2009 despite the 2007 Chinese melamine disaster which caused widespread losses.  Much of this staggering amount involves pet food counterfeiters.  Investigation reveals overstock and salvage liquidators as middlemen for makers of recycled, re-labeled, and counterfeit products and the venders who sell them. 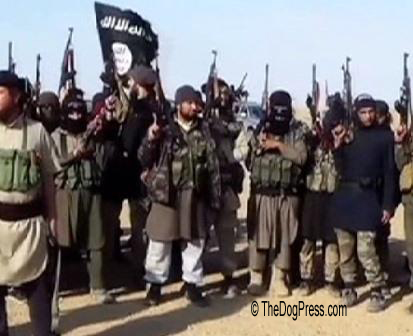 China is known for counterfeiting USA consumer goods but arrest reports include both ii - Arabic and Chinese names. This under-reported fact arouses suspicion that traffic in such goods may benefit the Chinese Communist Party or Islamic terrorist groups, both of which stand to gain by disrupting and destroying confidence in our economy.

Highly respected Chinese American, John Patrick Kusumi, believes we are in danger from many “made in China” products, as well as Chinese counterfeit goods.  Kusumi, founder and Director emeritus of the CHINA SUPPORT NETWORK and Independent Presidential candidate in 1984, believes the melamine poisonings that began with pet food in 2007 was an intentional act by the Chinese Communist Party.

Kusumi states our news has been sanitized due to delicate economic factors. His detailed report enumerates deaths from counterfeit Colgate and Sensodyne toothpastes (containing diethylene glycol), Chinese textiles quarantined for excess levels of formaldehyde, U.S. safety recalls of Chinese-made tires, and Baxter blood thinners made with deadly counterfeit heparin, plus melamine-tainted cookies, milk, etc.  Kusumi enlightened President Obama on The People’s Republic Of China politics and appealed to him to Stop The Deadly Imports!

One chemical plant located in Nevada, supplied the melamine tainted gluten which caused the 2007 pet food disaster.  Sally Qing Miller, a Chinese National was the controlling owner and president.

In January 2009, dogs across China died from dog food labeled OPTIMA made in Australasia. A casual glance at the labeling leads consumers to assume it was made in Australia but investigation identified the counterfeit food and traced it to Taiwan.  We notified Mars about the marketing of their dog food brand but received no acknowledgement nor did Mars warn Americans that the contaminated food could arrive on our shores.

UPDATE: This partial list of MARS pet foods sold in the U.S. and MARS foreign corporate location is current as of June 2014.  "Headquartered in Brussels, Belgium, Mars Petcare is one of the world’s leading pet care providers and employs more than 34,000 Associates across 50 countries. Thirty-five brands in total, including three billion-dollar brands - PEDIGREE® WHISKAS® and ROYAL CANIN®. Other leading brands include: KITEKAT®, BANFIELD®, CESAR®, NUTRO®, SHEBA®, CHAPPI®, CATSAN®, FROLIC®, PERFECT FIT® and GREENIES®."

Subsequently, 300-pound barrels of dog food (click photos to enlarge) were offered for internet sale by an individual in California.  That dog food was referred to as NUTRO, another Mars Company brand.  Could the counterfeiters have renamed their deadly goods, sent them through a free port and on to the USA?

This looks suspiciously like pet foods from the 2007 melamine pet food recall were recycled.  The California (Kijiji) ad was followed quickly by another ad in the Washington, DC area which displayed a photo showing a pallet of 40 pound dog food bags with the NUTRO brand clearly visible.  Suddenly, there was a plethora of individuals selling pet food on free ad sites.

On June 17, 2009, the court ordered a 90 day stay on releasing the recalled products for disposal. (4)  In the following months, JDCloseouts.com offered overstock pet food pallets with a 2 pallet minimum shipped from PA, TX, and CA.  Is it possible that they were the recipients of the recalled 24,000 pallets slated for disposal?  If this “overstock sale” is released pet food from the 2007 recall, is it the result of criminal activity involving storage warehouses or is it counterfeit food directly from China, an action which could collapse the U.S. pet food industry?

Several states recently received Federal funds to combat counterfeit goods which included perfumes, big name designers and electronics.  There followed 41 raids at flea markets and convention centers in 26 states, proof there is a serious problem in our ports and in our marketplace.  A direct connection to China is evident but the Chinese Communist Party may be only part of the equation.

The bottom line is that another round of pet food lawsuits is imminent.  Consumers assume USA companies are churning out deadly pet food products because they have no contradicting information.  We have requested investigations by government agencies and offered strong evidence that such foods may have found their way back to U.S. distribution warehouses and retail shelves.

The ii - USDA-FDA response offers no reason to believe that investigations are underway.  Has our failure to stringently protect American pet owners given China another go at toppling the pet food industry?

Newspapers and television networks have largely ignored coverage of the ongoing melamine story in China but since this report was filed, emerging evidence points to a terrorist conspiracy funded by stolen and counterfeit goods..

TheDogPress.com is doing our part to expose this looming economic disaster.  Since this report was filed, new evidence has emerged which reveals what appears to be an Islamic terrorist conspiracy funded by stolen and counterfeit goods.

Start by sending this to all of your dog-owning friends.  Let the Goldman dig up other useful information below.