Trade relations or cover-ups in the pet food industry examined in the light of recalls, including those that didn’t happen!

The multi-billion$ pet food scenario is getting scarier by the week as some company recalls go unreported to the FDA, state testing uncovers toxin, and the absence of news coverage when risk is eminent give us reason to worry about FDA and recall reliability. 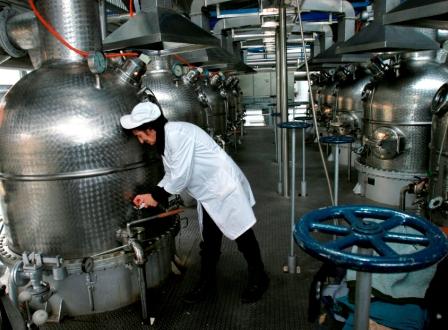 Let’s start with some basic facts. A private brand may be a store brand or just a catchy name created for marketing appeal. Anybody or any company can market a pet food, but for reasons you are about to discover, different pet food brands, even private label brands, can have a common formula. That’s because private brand makers often give their buyers the option of adding other ingredients, depending on current marketing strategy or what’s cheaper.

Some private pet food brands are made in the USA but others are made offshore, China and Thailand come easily to mind. All too often, we cannot determine the country of origin because manufacturers are allowed to state “distributed by” along with the brand name and address, concealing that the pet food is imported.

Is there no requirement for Country Of Origin Labeling (COOL){1} that we must feed our pets, and ourselves? To further complicate the recall responsibility and risks to our pets, when a product states MADE IN USA, this is not an indication of where the ingredients originated. Pet food ingredients, including vitamins and minerals, may be coming from anywhere around the globe! It’s no wonder that pet food buyers are overwhelmed by so many selections within brands, and labels that only state “distributed by.” A recent example is the recall for chicken jerky treats made in China and sold as brands owned by well-known American companies such as Purina and Del Monte.

But we’re protected by FDA, right? No. It was the State of New York that recently took actions which set off recalls and withdrawal. The New York State Department of Agriculture and Marketing (NYSDAM) found the banned in the USA antibiotic in Chicken Jerky Treats {2}. When NY’s actions caused the withdrawals and recalls, FDA allowed consumers to believe that the antibiotic was the only contamination in the chicken jerky treats. But here are the facts: The FDA sent an inspector to the chicken jerky factory in China where he discovered that glycerin used in the manufacturing of the jerky came from containers labeled FOR INDUSTRIAL USE ONLY.

It seems fair to say that the industrial grade glycerin was the contaminant that sickened and killed so many pets. So why does it look like the FDA was willing to let consumers believe that a banned antibiotic was the only problem with the chicken jerky treats? Because it relieved FDA of the need to tell the consumer about what would seem to be the real toxin. Is letting China off the hook a cover-up to preserve trade relations? The proof is the dead dogs. They ingested the industrial glycerin and banned antibiotic and they died.

Consumers are being misled. Any imported food product should be labeled as such. The FDA exists at the expense of the taxpayers. If it is not allowed to do its job properly, we need to know why!

Time and time again, manufacturers in China have shown us they don’t care about us or our animals! Pet owners have not forgotten how many dogs and cats died from China’s melamine-contaminated pet foods! China is now exporting a lot of white meat chicken, and it is more than just a little likely that your pet is the ultimate recipient, since manufacturers in the USA do not have to state the source for ingredients. White meat chicken is expected to be a rising star as the first ingredient in premium pet foods.

Contacting pet food makers and brand owners becomes insightful when you consider what they do not tell you. Lack of responses to certain questions may be the clues to the truth. Until the pet food package or container states Sourced in the USA, we have no reason to believe that the food does not contain at least some foreign additives or supplements. Since a pre-mixed supplement contained the melamine from China in 2007, consumers still have reason to be afraid of imported vitamins and minerals in many pet foods.

Alarming emails from readers whose show dogs have died after being given supplements or medications keep landing in this reporter’s inbox. Best advice: If your dog or cat becomes sick or dies as a result of ingesting any supplement or pet food, report the suspected product to your State Department of Agriculture, and then make an immediate report to the FDA on their website. Don’t make a hasty decision to use any pet product without first doing some research. Don’t rely on information from the seller. Remember that until there is a body count, the product may be considered safe, and sellers will only tell you about the benefits.

It appears that the FDA was not aware of the March 6, 2013 news release recalling Jones Natural Chews until a couple of weeks later. This particular recall took place after testing by Colorado Department of Agriculture found ii Salmonella and notified the manufacturer.

The recent 76 count indictment for the 2008 Salmonella case against the Peanut Corporation of America should tell us that companies do not want to admit problems. Don’t forget that there were many pet treats in that recall! Any delay in consumer notification of an unsafe product raises suspicion and directs our attention back toward our tax-payer funded FDA.

If you have questions or concerns, write to the FDA.

Get related and reference information, dig for gold below.