HOW DEADLY DRUGS GET IN PET FOOD

Harming your best friend is the last thing you intend when feeding your dog or cat so you need to know about pentobarbital and the rest of the pet food story... 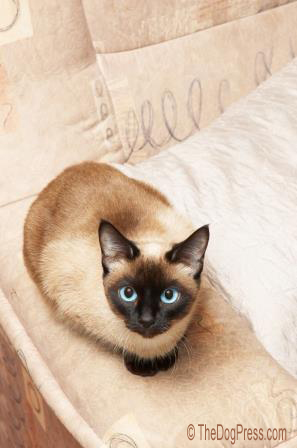 The internet caught fire when beloved pets died after consuming Evanger’s canned dog food that contained pentobarbital. It could have been any brand… Poisoning is not what you want to think about when preparing your pet’s food but for safety’s sake, you need to know the risks in mass-produced dog and cat food.

First, let’s look at pentobarbital, most often used as an anticonvulsant used to treat and prevent seizures in people and some kinds of pets that may suffer from epilepsy. It is also given prior to surgery to help patients relax.  Pentobarbital induces death when administered in high doses and is therefore used in both animal and human euthanasia. It may be used alone or in combination with complementary agents such as phenytoin in animal euthanasia. Veterinarians commonly use pentobarbital when animals need to be humanely “put to sleep.”

Pentobarbital or other euthanasia drugs are not used to kill livestock intended for human or pet food but - it is often the choice of equine veterinarians who mercifully end the horse’s life on the owner’s premises. The remains may then be left to nature but most owners elect to have the body removed by companies who specialize in that service. That “meat” does not go to waste…

That is how pentobarbital (common brand name Nembutal) gets in your cat or dog’s food. If you think this doesn’t apply to you, I found more gruesome news for the day.

I have become adept at online research but I was unable to find any state regulation banning the use of euthanized pets in dog food. If you doubt, watch the short youtube videos below{1}. But first, there is a pertinent piece of information you need to know even though none of us want to face the inevitable.

While most owners will take their pet home to be buried, that is not always possible or practical. The alternative is cremation and there are pet crematories that will pick up your dog or cat, cremate it, and return a mix of ashes to the owner. But I unearthed something when researching poison food. There is only one way to be sure a beloved pet is properly and individually cremated and that the ashes you will treasure are those of your pet, and not just a scoop out of the incinerator.

Call ahead and make arrangements. Then take your pet’s remains to the crematory and witness the individual service. The drive there will take longer than the few minutes that will give you piece of mind and closure.

When pentobarbital was detected in Evanger’s dog food in February, the company recalled all related Hunk of Beef products manufactured in June 2016. They stated “Pentobarbital can affect animals that ingest it, and possibly cause side effects such as drowsiness, dizziness, excitement, loss of balance or nausea — or in extreme cases, death.” 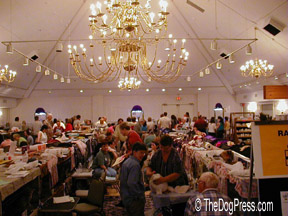 This reinforces decades of warnings in TheDogPress.com such as the Deadly Botulism coverage in 2007{2}} which affected people and their pets in over 23 states. It should be noted that Evanger’s has been under FDA warnings, and “emergency operating permits” for over 9 years!

I do use commercial cat food, both dry and canned but only for convenience because my cats prefer the real food in “the great white hummer” known as my refrigerator. I do not allow them to beg when I’m eating but I often save scraps to top off their bowl of cat food. My dog-friends tell me they do the same thing, especially after hearing about the drugs (and chemicals) in dog food. I hope this helps because I have friends who are cattery owners. We KNOW they put addictive flavor enhancers in cat food. I feed my few house pets a variety of foods which is what nature intended. And yes, I have grass gardens that they love!

{2} Deadly Botulism sickened people and their pets in over 23 states, symptoms are...