ABC news and independent testing revealed pentobarbital in THESE BRANDS had sickened or killed dogs, causing FDA and CVM to update their pages! 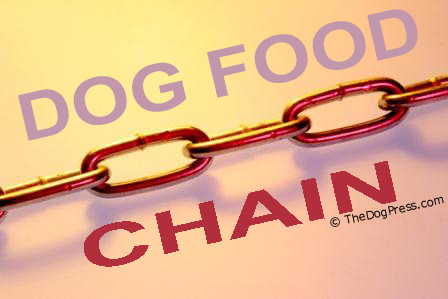 Problems in the dog food chain appear to be caused by bad actions, or lack of actions on the part of the food safety agencies! Recalls started for Evanger’s but then four other dog food brands tested positive for Pentobarbital. List of contaminated foods below but first, see how this happened so you are forewarned next time you buy pet foods.

This death drug discovery set off a firestorm of updating and testing, complete with the dog food recall of 4 brands because the tests indicated a "presence of pentobarbital."

The Food and Drug Administration/Center for Veterinary Medicine indicated that they believed that their decision in the report of 2002 was correct: that their own testing proved that it was safe to render food animals that had been put to death with pentobarbital and to make those rendered animals available as a dog food ingredient. *Euthanasia {Ref #1}

The FDA experts said that even "contaminated foods" would not have enough of the poison in the food to cause harm to dogs! To intelligent dog owners, that decision seems like a really bad one!

Evanger’s has filed a lawsuit against the company that supplied the meat (required in ii The Carnivores Diet) which was apparently not beef but horse meat, and it appears to be from animals put down with pentobarbital. See Evangers $20 million lawsuit {Ref #2} against the meat supplier. On Feb. 16, 2018, the FDA and Center For Veterinary Medicine changed its stance on the Pentobarbital issue, despite the fact that they had approved a deadly dog food ingredient since 2002 without telling consumers that it was allowed in dog food.

The FDA/CVM pages now state that “any detection of pentobarbital in pet food is a violation of the Federal Food, Drug, and Cosmetic Act – simply put, pentobarbital should not be in pet food.” See the new pentobarbitol statement. {Ref #3}

While we would hope that CVM veterinarians actually know the FFDCA (or FD&C Act) and understand it, we must question why they added pentobarbital to the diets of some poor test dogs to see if it did them harm. Why would they make a decision that contradicts the law for which their agency exists?

Apparently, the FDA/CVM group has gone looking for pentobarbital in dog food recently, and it appears that they knew where to start as evidenced by this announcement:

Problems in those dog food brands may have stemmed from negligence or criminal activity but no matter how you cut it, the FDA/CVM must take credit for allowing the pentobarbital-tainted rendered animals in the J. M. Smucker’s brands - and we have no way of knowing how many other brands of dog food!