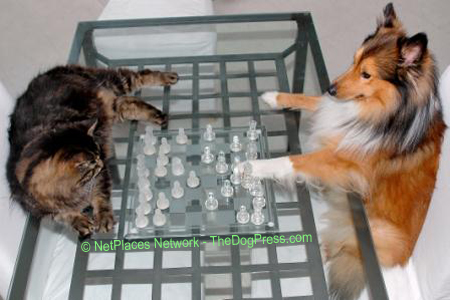 Hobby and show breeders are on the brink of failure as the market for well bred purebred dogs dries up. The economy is a factor but the real reason is treason!

We call it back-biting and it goes like this “Who wants a fancy pedigree dog when you can save a life instead of satisfying selfish wants? Adopt a shelter dog!” It’s the newest shell game.

That’s right, from AKC to Animal Planet, the public is inundated with “adoptathons” and pro-shelter messages. PeTA’s message that anyone who buys from a breeder kills a shelter dog has never been counteracted by AKC - the only entity with enough bucks to refute that devilish “adopt from a shelter” logic. But wait, AKC’s primary registration income is from puppy mills, many of which sell purebred puppies to the shelters.

Oh, you forgot that in 2005 AKC invited mutts to compete in “non-regular classes” and by 2008 we reported that AKC was registering “anything” including mutts [1].

What’s in it for Animal Planet? Who knows? It still features purebred dogs but with voice-overs that sound like the script writer misread the Breed Standard. I think it fair to say that second only to HSUS, the once-favorite channel for every animal lover has become the animal shelter’s biggest advocate.

Everyone loves a mutt, me included. I’ve owned several shelter dogs. But I ask you, who is speaking up for carefully created, lovingly raised purebred puppies? Has AKC changed the rules of the game? It allowed Pedigree Foods to advertise shelter adoptions [2] as official sponsor of the Westminster Dog Show. Pedigree “showed” adorable mutts instead of purebreds. The fancy rebelled and AKC changed to Purina as a sponsor. Still, the AKC CAR funds “non profit animal shelters”.

A WELL-bred purebred offers no disappointments to those who know what they want and are willing to share the cost of creating it. People that just want a dog “for the kids” or “for protection” too often decide that it is too big, too hairy, too noisy, too rough with the children, too expensive to feed, or needs too much grooming, and they “get rid of it” at the animal shelter where (if it is big, ugly, or dark colored) it will be humanely euthanized instead of left to starve or be run over. Sadly, for every rescue or shelter dog that finds a life-long home, there are dozens that do not.

Support no-kill shelters but never, ever, those places that do business under other names. I’m talking about some breed rescue groups and most of today’s shelters and humane societies. Legally, most rescues and shelters should quit hiding behind non-profit status because increasingly, they are actually profitable business enterprises if you don’t deduct exorbitant management salaries.

Before you blow up, ask yourself… How in the name of sanity can we afford to pay dog catchers to round up strays so that our tax dollars can be used to medicate, neuter, and then kill them? Oh wait, I forgot about the newest wrinkle – “animal control officers” who are well paid to confiscate purebred dogs so shelters can sell them back to a gullible public??

Think about that. Why not reduce the number of strays and shelter turn-ins by using tax dollars to provide assistance and guidance to those who could be wonderful owners? Why not collect a nominal fee from those who turn in animals? Why not locate and fine the people who let their dogs run loose? Then use those funds to provide no-cost neutering or veterinary care for people who would love to have a dog or cat but can’t afford the adoption fees and other associated expenses of pet ownership?

Play The Shelter Game YOUR Way! 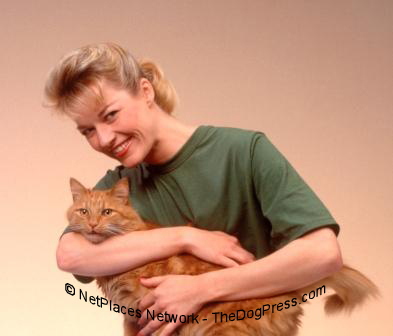 Before you donate to a shelter or rescue group, take a minute to verify a few basics: Is there a dog catcher or animal control officer? Who pays them? When the Humane Society of the U.S. (a misnomer if there ever was one!) goes out to raid a breeder’s home, are they accompanied by a police officer or sheriff’s deputy and is the adoption fee higher for a purebred animal? What are the shelter hours? Are they open on the weekends so that working folks can go there to adopt a pet. Would they offer a little assistance to a poor person rather than kill the animal? If not, why not?

I’m sure you can think of many financial breaks animal shelters receive right in your area even though, in actual fact, they compete with breeders who DO NOT get free advertising and taxpayer support.

Call and ask how much to “adopt” a pet from your shelter. By the time adoptive families get the bill, the cost can be more than what they would have paid for a healthy, socialized, well-adjusted purebred puppy. If you are in an urban area, you will be unpleasantly surprised..

More than a few shelters “swap stock” with each other in order to meet demand created by advertising paid for with your tax dollars. Many large urban shelters are now part of the Canine Underground Railroad [3] which is not the same as loving transportation provided by devoted breed rescue people who rehome needy dogs. Some shelters watch the paper for “free to good home” ads for small breed puppies or “pure breed” kittens.

Like many things in a world moving too fast to keep track of today, not all shelters shelter. Not all survive on DONATIONS instead of tax-payer support and animal sales.

An animal shelter should be just that – a shelter for ALL animals in need of help from loving, caring people who donate their time, expertise, and money. When a shelter becomes a business, it can no longer serve the animals.

Use the golden shovel to get more shelter information and dig for gold below.