All breeds evolve but Judges who award a correct dog are likely to be criticized for having found true-to-the-standard type instead of exaggerated type in a devolving breed. 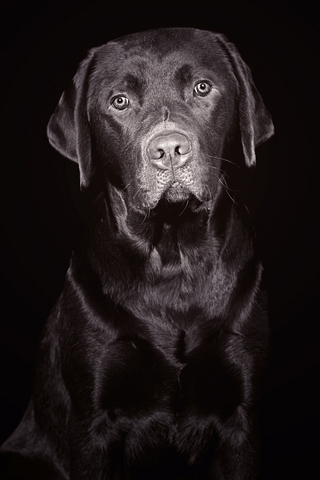 Field competition rewards structure and temperament whereas conformation tends to devolve breed type into a stereotypical outline.  No matter how long we’ve been in dogs, we continue to learn from each other.  Old-timers learn from novices and able-minded novices learns from everyone!   Judges learn from show magazines even though pictures are no longer worth a thousand words due to digital enhancement.  Ads do help however, letting judges know what's winning and what they should award...

So before we criticize Judges for awarding generic dogs, please remember that judges can only award what breeders produce and handlers present.  If we present a stereotype instead of the prototype of the breed standard, it is we who have failed and the judge has done well.

Evolving a breed means advancing consistency of type, not changing it!

If you agree with that statement, you're ready to answer the following: Will any breed benefit from devolving into a generic show dog?  Does a statue that performs reliably really exemplify the temperament and purpose of the breed?  Should front and rear assemblies have "good angulation" regardless of breed purpose?  Is generation after generation of "showing fools" good for any breed?  Is Siberian movement correct for the Akita?  Does a Pug's bone compliment the Boston?

A spring 2011 edition of ShowSight Magazine revealed the how and why of breeds that stray from the AKC Standard.  Peggy Mickelson’s emphasis on spanning a Border and what correct eyes, full muzzles, and expression in Shelties are should be absorbed by every judge and breeder.  Likewise, Diane Klumb's dissertation on Phantom Standards clarifies the mystery of uniformity in many breeds and her examples are a study in Cockers, Springers, Gordons, and of course, Havanese.  Should Gordons devolve into Irish because that breed wins more?

I’m sure neither writer knew the other’s subject and each column stood on its own but taken together, they were powerful examples of why judging is a subjective art and breeds are ever-changing.  One has only to look at Pam Guevera’s Blasts From The Past {1} photos to acknowledge the changes time has brought (or wrought) in many breeds.  But one must ask, does style replace function?  Does "better temperament" replace breed function?

Many changes have occurred in the breeds I've worked with over the last fifty years.  Dobermans evolved from German working type into the more elegant, upstanding, over-angulated Dobe of today.  That's why we moved on to Rottweilers in the late sixties, seeking the powerful body and guarding ability we saw diminishing in show Dobermans.  We fell in love with the Akita for its character and oriental mystique and saw it evolve into the sounder, better balanced, showier specimens of today, but with those changes, breed character devolved into a softer, less imperial, less challenging Akita, accepting of the discipline needed for a top winner.

Who preserves breed type, breeders or those who judge dogs?  Should AKC or dog show judges help purebreds evolve? Are ancient breeds being changed in the show rings?

Take the clownish Bull Terrier personality under which lies a determined, gritty, fearless terrier temperament.  We saw the bull terrier shift from a solid forty pounds of typical untippable muscle and four-square “bull” movement (wide, rolling due to wide chest and bulging inner thigh development) to a taller, more streamlined “better moving” terrier.  Heads improved (or devolved, depending on opinion) because with more crank and profile came lower jaw deformity. The unique devil-may-care personality also changed because Group level performance demanded more polish and stackability.  Size increased too, bigger is always better, unless it is a bull terrier which used to be more packed per pound than a pug!  Over the years, Bullies devolved into soft, 70 pound, Pillsbury dough-boys. (Ref {2} shows changes in many breeds, some of which are improvements, some are evolutionary disasters.)

Disparaging over those changes, we discovered the Miniature Bull Terrier which even in England, had lost popularity due to its less dramatic head.  We sought and bought the best, including the first English Champion import and a Junior Warrant winner.  We formed a parent club, gained AKC recognition and the interest of many Standard breeders who appreciated a hard little terrier with less exaggeration.  Thankfully the clownish displays of bully personality have remained intact and are still appreciated with the possible exception of shaking the body with all four feet off the ground in the Group ring... 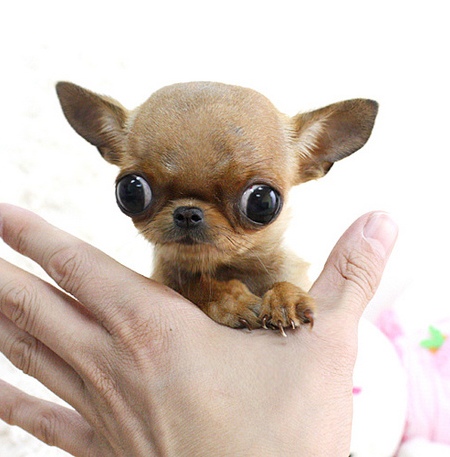 We saw the Chihuahua as a jewel of evolutionary history but many Judges had a problem with correct (longer) back length, shorter leg, and wide ranges of breed type.  Breeders rose to the challenge, preserving the breed's unusual proportional characteristics and today the world’s smallest dog holds his own in the Group.  But pet breeders have devolved an ancient little breed into such exaggeration of head, skull, eyes, and "tea cup" size that today, most Chihuahuas require C-sections for the breed to survive.

Last in my personal breed repertoire, the Toy Fox Terrier.  A foundation breed in UKC, it was a terrier through and through and shown in the Terrier Group.  In the highly competitive AKC Toy group, changes have occurred; they are show-ring sounder, more consistent in appearance, but are so far, still a functional, tough little terrier in a toy-sized body.  A good Toy Fox Terrier is unmistakable for its “terrierlike qualities” which is crucial to this breed.  However, toy breeders and judges are willing to forsake a well developed jaw and a full compliment of strong terrier teeth.  We are already seeing the strong chin devolving into a snipy, weak profile.  Increased angulation and loss of muscle development is problematic for any dog meant to go-to-ground but as the TFT evolves in AKC rings, we hope he will retain enough terrier temperament to be the best little "verminator" in his class.  Already we see signs that centuries old breed may loose the its inherent “fiest” qualities as he evolves in the AKC ring.

Thanks Pam, Peggy, and Diane for providing us with examples of changes that sadden breed purists.   It is up to the breeder-exhibitor to decide if such changes are improvements and if evolving  "consistency of type" for the show ring is good, or if it is in fact, devolving breed type overall.