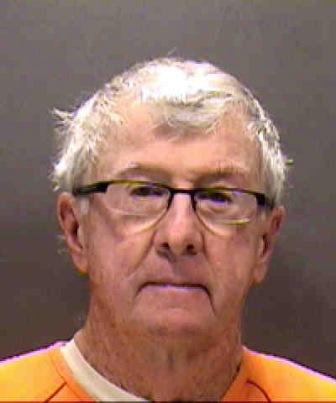 One subscriber sent a post which said in part, “Please report this since it is likely there are many other victims throughout the USA during the high profile tenor of this individual who was well known to those in the dog world. It would be of great public service to get the word across America where this man traveled and worked.

“My daughter was a victim ... and I must live with the guilt of not believing her because this man was so highly regarded in the AKC!  I was threatened if I talked ... that my career showing dogs would be destroyed! Perhaps other victims will now feel safe in coming forward in this high profile case!”

Although this editor often competed against John McCartney and found him to be polite, funny, and friendly, that sexually abused girl’s father need not have worried. We had the story in the queue last Thursday.

We implore any victims of sexual molestation-abuse to step forward and identify the person who committed the crime. It doesn’t matter how long ago. Unpunished, the perpetrators will continue to wreck other lives. 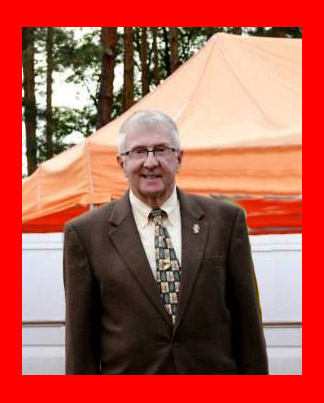 John McCartney was hired as an AKC Executive Field Representative in 2004.  He  primarily covered the Midwest.  McCartney retired in August of 2012. AKC's Senior Executive Field Representative said “John’s extensive background in the sport made him a great asset to the AKC…We wish him the best in his well deserved retirement and thank him for his years of dedication and commitment to the AKC team.”

There is speculation on whether John McCartney voluntarily retired or if he was asked to resign due to accusations that he is a pedophile.

TheDogPress.com also received an allegation that McCartney became sexually involved with the 16 year old daughter of a well known person (name withheld) in the dog fancy and that the girl “ran off with him” to become his “business partner” in his dog handling business. The writer observes “The coveted AKC field representative position is the AKC way to reward professional dog show handlers and to provide a pension they would otherwise not have working as an independent dog handler.”

This begs the question, is John McCartney on AKC pension?

We called the American Kennel Club’s Lisa Peterson last Thursday. She refused any comment, acted very uncomfortable, and hung up saying “send me an email.” This editor had clearly indicated that the purpose of the call was to exonerate the American Kennel Club from any negative association. We sent a formal email enquiry that same day but TheDogPress has received nothing.  In this case NO COMMENT is more indicative of where AKC stands on the matter than any canned reply could have been.

There have been sexual harassment complaints about other AKC representatives (or judges) in the past. Some were patently untrue but AKC failed to act on Ross Petruzzo, an east coast Doberman handler who was finally stopped when caught molesting a young girl behind a dumpster on the show grounds. Our Suspended Files do not show that he was ever suspended by the American Kennel Club. Instead, Petruzzo moved to Florida, where he re-inserted himself into the dog community before dying in 2007.

99% of AKC Field Reps are beyond reproach. They are the last word on any dispute, altercation, or violation of AKC rules occurring at a dog show. We are assembling some interesting cases wherein it appears that AKC failed to act fairly, even after situations escalated into a bench committee.  There are also a couple of instances that resulted in the complainant being suspended instead of the wrong-doer!

Our offices just received a copy of the Dog News Gossip Column by Eugene Zaphiris which states "I was very saddened to hear of the arrest of former professional handler and American Kennel Club field rep JOHN MCCARTNEY for lewd behavior. Hopefully this will all work out in JOHN’S favor."

We all hope justice will be done.  This publication makes no judgment but having spoken with people involved in the case, no one here expects to see McCartney walk free.

In the meantime, TheDogPress will keep you appraised of John McCartney’s future. One of our contributors observed that he is better off in the county jail, explaining that when moved to state prison, a pedophile doesn't last long in the general population. He said that child molesters are considered fair game in prison.

For Part Two, The Dark Side: McCartney and More TheDogPress was taken to task for exposing dog handler John McCartney's criminal molestation charges.

If you have information or a short comment, email Media@TheDogPress.com