Will livestock GPS microchip tracking, mandated under 2004 Federal law and administered by APHIS/USDA, morph into people-tracking through medical microchips? 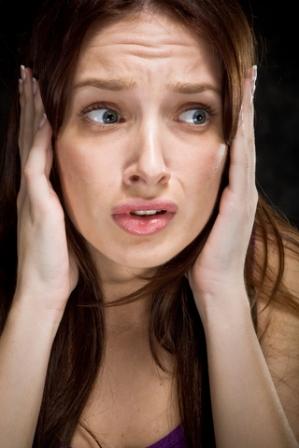 Finding your lost dog is one thing but is your dad with Alzheimer's next?  Or YOU?

TheDogPress covered the connection between AKC, NAIS (National Animal I.D. System), HSUS, Digital Angel microchips, and politics for power in Tying The Knot. {see below1} It was not a pretty picture.

Microchips, called “spychips” in the provocative series of award-winning books by Dr. Katherine Albrecht, can and will be used for profit and perfidy.

In 2004 (same year APHIS mandated chipping all livestock), Verichip, a subsidiary of Applied Digital Solutions, received FDA approval for human implantation. The microchip went under the skin of the right arm, between shoulder and elbow.

By 2005 the VeriMed™ microchip, the “first and only” FDA approved “human-implantable RFID microchip” was already used in emergency rooms. How many humans had been implanted by that time is unknown but VeriChip says "RFID for people" provides “state-of-the-art RFID security solutions that identify, locate, and protect people, their assets, and their environments.” You might want to re-read that medical marketing claim.

Reality today is an RFID medical microchip delivered in a prescription pill.  That's right, “…the Federal Drug Administration (FDA) has just given approval to Proteus Digital Health for the use of a tiny microchip to be placed in medication taken orally. The microchip will be no larger than 1 square millimeter or 0.0015 square inch.”

The “digestible microchip” battery is powered by your stomach acid as it tracks your heart rate, blood sugar and whatever else it is programmed to track.

The ingested microchip is marketed as an aid for helping doctors determine a medication’s effectiveness. It could be a true medical miracle for diabetics or heart patients but don't overlook the implications.

Verichip was discontinued in 2010{Ref #1} after religious concerns, medical fears (it caused cancer) and outrage of privacy groups.

Those problems notwithstanding, the AKC Companion Animal Recovery (CAR) program was launched despite early problems with scanner incompatibility. When you think about it for a nanosecond, it is a bit disturbing how quickly micro chipping animals has gained widespread use and acceptance. This may be one of the “assets” to which Digital Solutions referred. From finding a lost pet to tracking your kids or your lost laptop, microchip technology is the wave of the very near future.

used GPS to track an animal’s movements by microchips which were required by USDA regulations to be implanted in all livestock. Even your pet horse!  As is obvious, micro-chipping livestock did not prevent the spread or escalation of animal disease.

We’re told that intrusion into the private lives and personal records of hobby breeders is, again, to protect the public interest. When (not if) the new regulations pass, we predict microchips will be utilized to track and verify hobby breeder compliance with APHIS regulations.

We just wanted you to have a broader background should you ever be confronted with need for a medical microchip. Privacy groups are monitoring spy cameras, drones, and microchips as potential monsters hiding under the bed. We are no longer children; cognizant adults fear something really could reach out and grab us by the ankle!