In 2005, we warned that PETA, HSUS and other subversive political groups were designed to destroy the U.S. 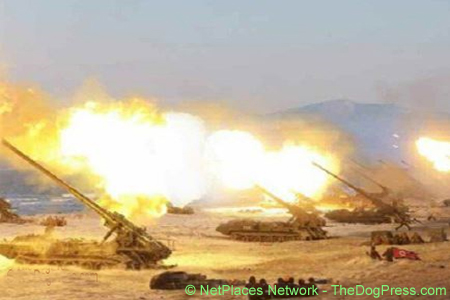 So where are we in 2017? Embarrassed.  Right here in this same column I naively observed "AKC has the political clout and cash to fight animal rights terrorists and protect the purebred dog." Forgive me.  That was in 2005. As the calendar turns in 2017 we can see that the "animal rights" movement has been successful in stripping "civil rights" from citizens. You can't own certain breeds or intact animals without special permits.

But today we know more about what really went on and what and who we are up against.  I know it sounds preposterous and taken in one serving, its hard to swallow but if you care about your dogs, your family, friends, and future, continue reading.  You will learn that "Animal Rights" is but tool in an arsenal of subversive politics.

Is this really an animal rights issue?

Or is it a political war wherein we give up human rights under the guise of protecting animal rights. The answer is indisputable. “They” have better leaders than we dog people. Their leaders have led the Animal Rights troops from victory to victory, county by county, from coast to coast.

The only "win" we can crow about is the 2005 PAWS legislation fight.  In retrospect, I'm not sure that we won.  The animal rights groups were better organized, better funded, and apparently, more motivated because today, anti-pet political terrorists now dominate an entire nation of pet lovers.  Over a decade ago the FBI ranked the Environmental Liberation Front (ELF) as the top domestic terrorist threat[1] and look what we face today.  Hindsight is 20-20 and while you can't change history, you can learn from it to better protect your family, your dogs, your property and hopefully, your Rights.

Where do "Animal Rights" groups get the money?

Stop and think.  In 2000, the Humane Society Of The U.S. (HSUS) was nothing compared to PeTA. Was PETA a carefully calculated diversion meant to distract us with crazy actions and headlines so that HSUS could quietly buy political favor and sitting judges? 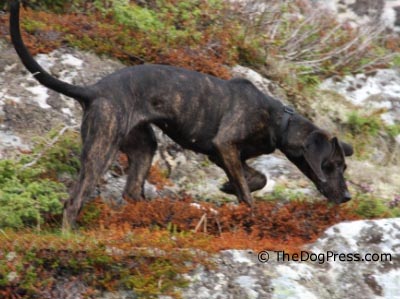 We know that dog people can sniff out a money trail on a rainy day. So having identified the enemy, let's follow him to his lair. In 2005 we told you about the Process Church and the plan for Best Friends in Utah.  A decade ago we nosed out that one of the major contributors to PETA is the Tides Foundation (below).

ActivistCash.com characterized it as “one that strains the boundaries of U.S. tax law in the pursuit of its leftist, activist goals.” The money trail is further described “Tides behaves less like a philanthropy than a money-laundering enterprise taking money from other foundations and spending it as the donor requires. Called donor-advised giving, this pass-through funding vehicle provides public-relations insulation for the money’s original donors.”

Animal "Rights" Groups read like a Who’s Who list of organizations known to be in opposition to animal owner rights. Humane Society Of  The U.S., (HSUS) Animal Legal Defense Fund (ALDF), and interestingly, Physicians Committee For Responsible Medicine.  But wait, we left out The Process Church.

In 2004 the Rocky Mountain News outed the Best Friends Animal Sanctuary{2} in Kanab, Utah, as The Process (church) in its latest incarnation.  We also blew the lid off the "other face" of Animal Rights but that was before it became a major political force in America...

PETA (People For The Ethical Treatment Of Animals) was, in the early 80s, mailing postage-free flyers showing monkeys with the top of their skull removed and electrodes coming out of their brains. I donated until, as a wordsmith, I read the material with new eyes. Wondering who besides me paid for this material I asked around. No one knew.

A couple of years later I asked where did PETA get the money with which to effectively infiltrate the educational system, actually providing teaching materials for the next generation? And how did they get in the encyclopedias? Could public donations have materialized so quickly and what kind of people would have donated?  PETA was regularly achieving network news coverage as a result of outrageous acts but where did they get the money to recruit weak-minded soldiers willing to perform such acts?

Even before this was written in 2005, animal lovers pegged PETA people as loonies.  Someone coined the word "humaniacs" which only served to cloak "animal rights" as an outright political war designed to test the weakness of the American people.  Today PETA doesn't need mindless zealots to throw buckets of blood on fur-clad ladies. Now they have billboards, school boards and county boards!!! Where did they get the money?  They are certainly not busy earning a living to support their subversive agenda. 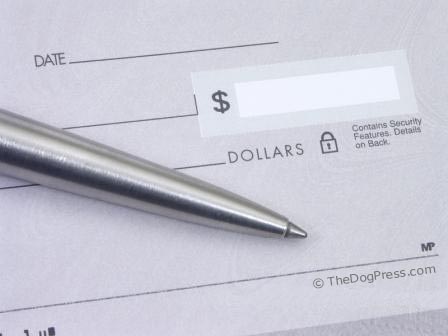 Like many protest groups today, such (political terrorist) groups (actually defined as such in congressional testimony) are supported by our legislative leaders who grant them tax-free status.  They need that because many protestors and "animal rights groups" receive grants from tax-free foundations we support and by donations from movie stars we pay to see and…

Since 2005, we've learned more instant information about people like ii Maurice Strong, George Soros, and the Tides Foundation, explore the display links below.

Animal Rights groups, from PETA to HSUS, are well organized and "members" seem unwittingly or otherwise obsessed. Every day, in some way, they are working to undermine our beliefs and Constitutional Rights.  Both dog breeders and pet owners remain blind to the zoning, breed bans, and multitude of dog ownership restrictions because we have no effective leadership at the national level.

Can you name one single legislative initiative the American Kennel Club or any dog registry has defeated without your direct financial support?  It is you who digs deeper, you who signs petitions to defeat local and state regulations that infringe on your rights. It (used to be) you who (in CA) marched on the state capitol.  AKC likes to take credit for "fighting animal rights legislation" but do they take the blame for failure as little by little, our Constitutional freedoms are stripped away?

When it comes to discriminatory animal legislation, do we fight or do we roll over?  A warrior does not draw a bow armed with a twig. Which are you? Wimp or Warrior?

Oh wait, I forgot... it is 2017 and you have given up the right to own the breed of your choice.  Many of you have decided "it isn't worth the risk" to breed another litter.  You can't because you'd be in violation of something and you can't advertise puppies because then they'd come after you! How did it come to this???

If we have less determination than those who threaten our sovereign rights and the soil upon which we tread, we deserve defeat. I know you care about dogs.  Of course you care about your country and your personal freedom. 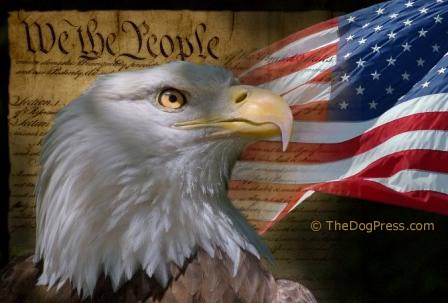 You are an American.  Your ancestors fought the Brits for the Right to be free of the crown and to claim this country.  Then they fought the First Americans... And then our grandparents died on foreign soil so that you could enjoy the freedom guaranteed under the Constitution.

Last year Col. Wally Pede and I celebrated V-Day with the fly-over in our nation's capitol.  The big bombers and the men who flew them stirred our pride and our patriotic spirit.  This month we celebrate Memorial Day and we honor those who fought and died for the freedom we enjoyed... back then.

Then how in the world can Americans walk in fear of animal control, zoning boards, AKC, breed clubs, social media and most demeaning, of a bunch of political terrorists hiding behind the moniker of "animal rights"???

Explore the information below, contact your local kennel club and your national breed club.  Ask for definitive answers on what they are doing to protect the civil and property rights of dog owners.  Talk to local and state leaders and see if they are all about "money and power" or if they will add protecting citizen's rights to their platform.

There is a lot YOU can do if you want to preserve the right to own the breed of your choice and to insure that you and your family will continue to enjoy the liberty and Constitutional Rights we celebrate this month.

If you belong to a legislative group that sees the danger, email editor.