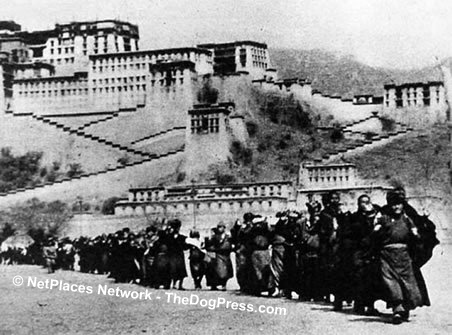 This morning our media manager was upset about a horrid child abuse report on TV. Over coffee we concurred that something is going on so I did some research. According to Wikipedia “Devolution, de-evolution, or backward evolution is the notion that species can revert to supposedly more primitive forms over time.”

The ii NetPlaces Network is about dogs but it is people who are responsible for teaching and controlling them. Dogs, like all pack and herd animals have strict social codes that govern their behavior. Animals haven’t changed but the ‘superior’ human race seems to be changing into something, well, less human… There have always been tribal conflicts, from ancient Tibet and China to street gangs in the Americas but the more we evolve, the more we fight and the more weapons we invent. Today we could blow up a whole country with the push of a button.

I went online to get a feel for human psychosis and its connection to animal cruelty. Plenty there! And this email from one of our subscribers summed it up “If there is a God in Heaven, there must be justice for this poor dog. Acts like this should never, ever be tolerated, and should be punished to the highest order. This takes bestiality to its extreme worst level. Castration for those perpetrators is too good for them...” Cindy D.

She was referring to the Mankind Devolving {Ref #1} article which we will include in the visual links below. Her words haunted me as I got up to pour coffee. When I went back to the inbox, there was a New York Times story received from my good friend at DawnWatch. 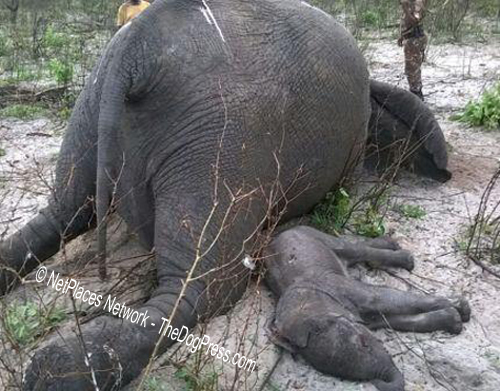 The NY Time article Botswana Ends Elephant-hunting Ban {Ref #2} said in part “Elephant hunting will resume in Botswana after a five-year prohibition …despite intense lobbying by some conservation advocates to continue the ban.” The reporter said officials had “hotly debated” the decision, trying to find “the best way to balance the economic needs of the country's people and demands of conservationists” as though that excused the horrific act. I turned to my hard drive and found this photo of a slaughtered mother elephant and her baby. It brought tears to my eyes (which is why it had been saved and then ignored) but perfectly illustrates money over morality.

Killing the world’s most intelligent animal to harvest tusks says a lot about “mankind” today. The Humane Society International warned that “‘reinstating trophy hunting and starting elephant culls could hurt the country's economy.’” It was to no avail, even with Botswana’s “shoot to kill stance against poachers.”

How many children today have seen a real elephant or smelled a pony’s sweet breath? Do your children have a “best friend” that will never forsake them? How many of you have living houseplants instead of plastic imitations? How many of your friends have a warm-blooded pet instead of a fish tank?

Has mankind reached a point where self-interest is winning over taking care of children, the elderly and animals? But wait! You are a dog owner or you wouldn’t be reading this. The good news is that according to research by Frontiers In Psychology {Ref #3} as published in NIH.gov human-animal interactions (HAI) animals have “a multitude of positive effects on humans.”

As we move ever further from our roots, the earth and its animal kingdom may seem less significant. When we reached for the moon and science got us there, we seem to have lost touch with the earth. In fact, we’ve covered an astounding amount of soil with concrete. How can we expect “city folk” to treasure earth only a farmer really knows? Some do though. Perhaps more so as city parks take on more meaning… when they are safe.

When we “get rid of the dog” because it interferes with a vacation, we lose a little piece of ourselves. When we step on someone on our way up the corporate ladder, it is accepted as normal human behavior… If our children never smell a horse’s sweet breath, they have lost something our grandparents understood. But when we ignore child abuse or cruelty to animals, we lose our humanity.