Oh how we will miss them - the circus elephants, the Liberty Horses, the High Wire acts under The Big Top, circus acts that have thrilled us for over 145 years. 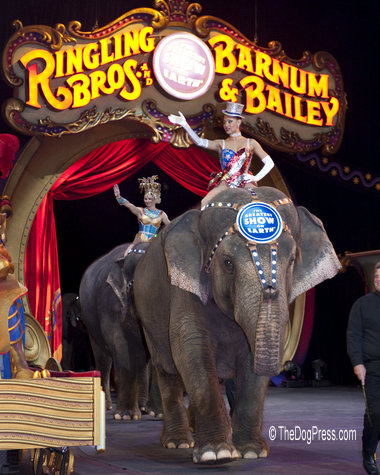 That’s right folks, no more side shows, barkers, cotton candy, rides or thrilling circus acts. Without elephants, the acknowledged main attraction, the circus dies. Oh, you didn’t know that? Feld Entertainment CEO Kenneth Feld, said ticket sales dropped drastically when elephants were phased out of the shows last year and announced May 7, 2017 as the last performance.

You and TheDogPress.com have fought a losing battle.  Out numbered, out-politicked and out-spent, the animal rights people, ii Animal Rights Origin & History, have defeated us again and again.  Read this and the background below, then tell us what to do!

More than the end of the circus, it signifies the end of an era of American entrepreneurism.  It is the beginning of the end of our Right to Freedom of choice. Of course PETA people will take time out from harassing animal lovers to celebrate the end of the circus! How many of them will celebrate Armed Forces Day on May 20th 2017?  How many radical animal rights terrorists will remember how independent and brave we once were...

July 4th signifies America’s Independence and refusal to be controlled by anyone, including England. We fought for that Right.  We fought the Native Americans. Tough and determined, we then fought to defend the Brits, our former adversaries. And as we fought in the Middle East, Central America, and the Persian Gulf, The Big Top brought joy to children whose fathers were in those foreign lands.

Are you not ashamed to admit that today we are controlled by a bunch of bleeding hearts with mush for brains and egos bigger than an elephant’s butt?

We elected Donald Trump, honoring his devotion to America and “the freedom for which it stands” only to be legally intimidated by PETA? Think about it. If PETA (People for the Ethical Treatment of Animals) dropped off the face of the earth today, along with the money-grubbing HSUS (Humane Society Of The United States), no one would notice, well, except for the hundreds of employees who wouldn’t get paid.

But we will notice the end of circus. The iconic symbol of America’s family entertainment, one of the most anticipated events of the year, the circus saw our country through all those wars, and even during the Great Depression, the circus came. For a few hours, the animals and the wondrous acts and the circus clowns gave laughter and awestruck moments to children and their worried parents. 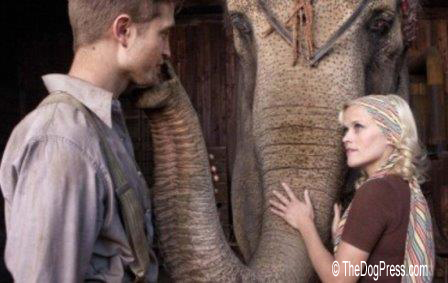 We will miss the people whose entire lives have been devoted to training and caring for the animals. Anyone who has read the book or seen the movie Water For Elephants{#1} will understand. These are not cruel, heartless, uncaring people as the animal rights whackos would have you believe. Their lives are quietly devoted to the animals, from sunup to sundown. 7 days a week. What will those people, many of them born and raised in the circus do with their lives?

Oh wait, I forgot, they are only human beings…

Twisted "animal rights" supporters feed their ego on the pain and suffering of animals but do they support their local shelter? How many would ever pick up a pooper scooper or patiently nurse a sick puppy? Perhaps a new initiate to “animal rights” would stop to pick up a starving cat - and take it to the shelter - but would that HSUS or PETA person get the same kick from adopting the cat?

Would that puffed up person pay a veterinary bill for an elderly owner struggling to get by on social security and who depends on his old dog for emotional comfort? Is that something PETA or HSUS does? Or are they too busy grabbing headlines and fake glory?

All across America children (and adults) will miss the elephants with their ornate decorations and the sparkling performers. The Animal “Rights” money-grubbers won’t give that a second thought as they rake in another $million tax-free dollars this week. Yeah. This week. They will buy more heart-breaking television ads but will one single animal benefit?

You tell me. Go ahead, put your mouth behind the animal “rights” groups you support. Tell us how glad you are that your children will never see an elephant perform. But before you comment below, take 45 seconds ... see http://www.thedogplace.org/Terrorists/Elephants-Today-Dogs-Tomorrow-1651-bj.asp because the anti-America political groups who masquerade behind animal RIGHTS are geared up to come for the next animal that signifies "American family values" - your dog.