Debating whether to report this gruesome dog-rape, we looked at people today as compared to the canine. Dog behavior hasn’t changed but some humans have devolved… 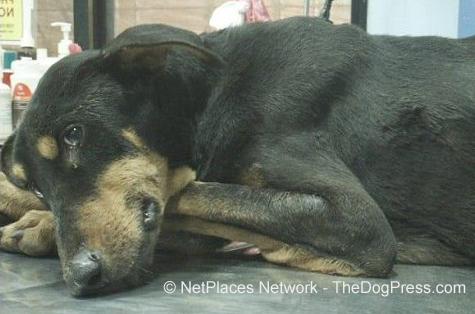 People gathered to witness the horror as someone called for animal welfare. They managed to transport him to a veterinarian but we can only imagine the trauma, both physical and psychological that betrayed dog endured. The vets tried for three days but were unable to save him. TheDogPress staff was moved by this photo in which the dog appeared to shed tears. Dogs don’t cry but we did…

We cringe when animal cruelty cases come into our offices. We rarely report them but this act of depravity is horrific and as one of our writers pointed out, it happened in India, a country renowned for respecting animals. Is it significant that this is Mumbai, the most populous city in India?

Even so, what could cause “human” beings to commit such a barbaric act on a helpless creature that we in America deem “man’s best friend”? If you are under 80 years old, you need to keep reading because this is the world you live in. 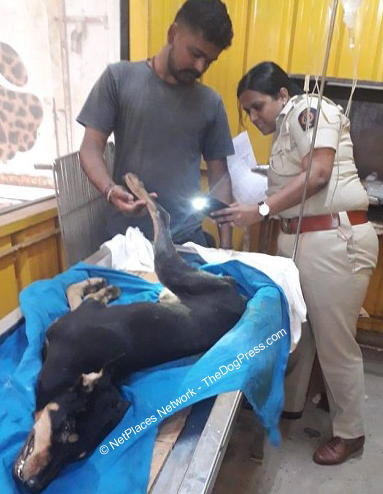 “The male dog’s private parts had been mutilated by the accused, who were allegedly intoxicated when they assaulted the poor animal… Sources reported “Sudha Fernandes, who regularly fed this dog, saw him lying in a pool of blood near a church… he was howling in pain and did not allow anyone to touch him.” It would have been merciful had he died during the repeated rape he endured, not by twisted kids, no, by four grown men who literally gang-raped the male dog.

A rickshaw driver responded to the dog’s screams and caught the men in the unholy act. The men ran. The elderly driver could offer no comfort to the dog. When he extended a gentle hand the dog screamed and writhed even more violently. The dog was bleeding profusely and it appeared his organs were badly damaged.

Dr. Ankita Pathak, founder of Animals Matter To Me (AMTM) said the male dog suffered severe trauma and his genital organs were horribly mutilated. He also commented “It appears that someone tried to fold his hind legs near the pelvis” but we are spared the other horrifying details.

Animal husbandry practices have taught us that overcrowding stresses animals into destructive behavior including self-mutilation. There is no reason to think that would not apply to the human race. The over-population crisis of many cities around the world is certainly degenerating morality. Our psychologist-SAAB Board member said there is a form of mental flagellation which many professionals believe may account for barbaric acts of cruelty. We would like to think there is a “sane” explanation for the insanity of animal cruelty. 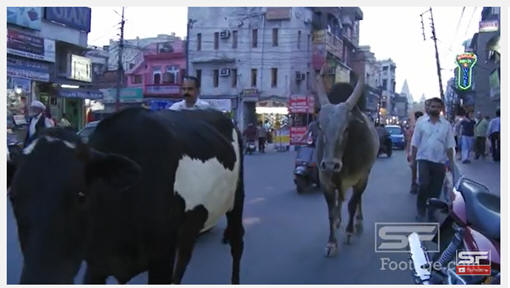 Some readers may remember when China took desperate steps to slow the burgeoning birth rate. In the 1980s the government initiated and enforced mandatory infanticide of female newborns and sex-selective abortions were common. Science improved and by the turn of the century over 100 million women were sterilized. Wikipedia reports “By 2014, 324 million Chinese women were fitted with IUDs.”

Even though there’s an agonizing human overpopulation problem in India, the people are known for being kind to animals… Think Brahma cattle and mahouts who consider the elephant as their lifelong brother. But there’s that overcrowding thing. Human behavior and “Humanity” seems to be changing as the human race overpopulates much of the world.

What does this mean to you? If your children or a friend tell you about someone teasing-torturing an animal, don’t dismiss it. Take whatever action you deem appropriate but do not dismiss it as “not my problem.” Loss of “humanity” is everyone’s problem.